Big Brother Naija finalists, Mercy and Mike have won for themselves an all-expense paid trip to a resort for the weekend for emerging winners in the task given to them by Biggie.

Being their last Friday in the Big Brother Naija House, the Pepper Dem five had a Task from Bet9ja to develop a witty comedy skit on responsible gaming. They split themselves into two, with Frodd, Seyi and Omashola in team one while Mike and Mercy were in team two.

With Nollywood actor and filmmaker, Kunle Afolayan paying them a visit while they prepared, the teams presented their skits to him and few corrections were made. 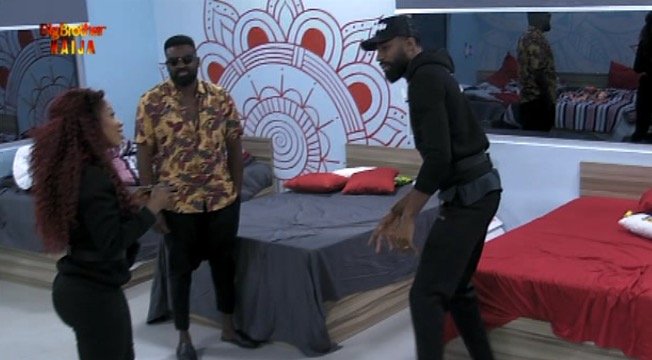 When it was time for the task, the housemates put on their creative hats as they entertained viewers. At the end of it all, Mercy and Mike were announced as winners. Of course, there was a prize attached to this Task; their reward is an all-expense all paid trip to Inagbe resort for the weekend and they both get to bring their plus ones.