Big Brother Naija housemate, Elozonam has won this week’s Head of House challenge and emerged winner. He also picked Diane to share the bedroom privileges with.

Elozonam is the new HoH and he will be sharing bedroom privileges with Diane.#BBNaija https://t.co/w2TXzShttY pic.twitter.com/jbGaV39rV3

The position of HoH is usually assumed by the winner of the weekly task as instructed by Biggie. The challenge was called the Suction Challenge and the housemates were made to suck sweets from a plate after which the person with the highest number wins. 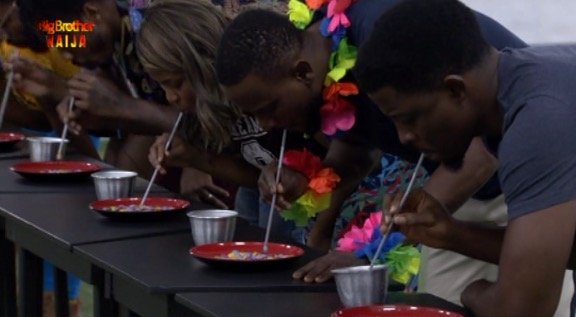 At the end of the challenge, Elozonam had the highest and was crowned Head of House for the week. He then chose Diane to share the bedroom privileges.