BBNaija: ‘I Stan Ike The GOAT’ – Fans Hail Him After Artwork He Made Went Viral (Photos)

Big Brother Naija housemate, Ike has been praised on social media after an arts and craft project he made for the Weekly Wager Challenge.

Ahead of the weekly Thursday Wager Challenge in the house, the housemates had been tasked to center it around making things that the elderly would enjoy. Ike, for his team, Enigma, made a masterpiece in form of a village. 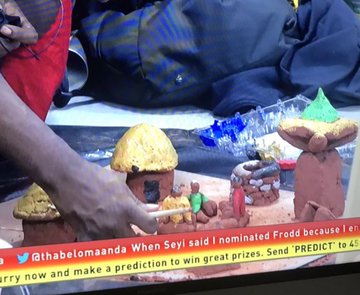 He also made two arms clutching each other with the word ‘Family’ written in between and wrote a poem. He did an amazing job of it for someone who was based in the States and hardly came to Nigeria. 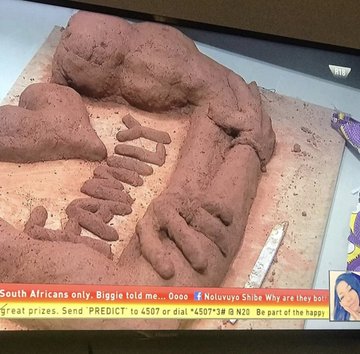 Fans were impressed at his work of art that they thronged to Twitter to shower accolades on him.

#BBNaija Pls did Ike grow up in the village???…dis village he has done is too perfect for sam1 who grew up in the states????…my fave ❤️❤️ pic.twitter.com/sqfHkN7YiE

What ever the outcome of today’s tasks presentation, Ike is a talented young man. Did you see both arts? Genius!

And then his sense of humour again. I only stan the best! #IkeEgoTillDay99 #bbnaija

Wow did you all see ike village square ?? Damn this ike is so intelligent mehn !!! #bbnaija pic.twitter.com/oJwI5fMtzc

Using Clay, Ike Made a family unit, moved on to create a village…. His creative game should be studied. #bbnaija

Ike’s sculpture alone has won Enigma the wager everything else will be the cherry on top??‍♀️??? #BBNaija @BBNaija