The party don’t start till the Housemates storm in. The BBNaija Saturday Night Party was a hot one. The housemates didn’t just make an entrance at their party, they danced their hearts out. They didn’t hesitate to pepper us with their dance moves. Unfortunately, it wasn’t all rosy as jealousy set in after Mercy came between two housemates, Ike and Tuoyo. 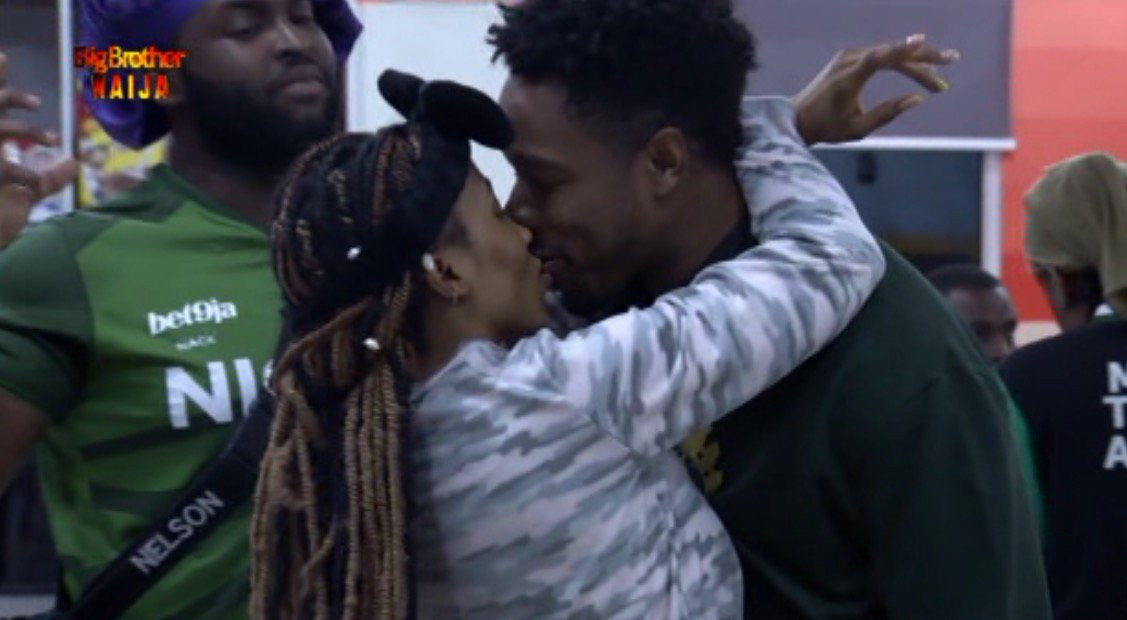 A fight almost erupted between Tuoyo and Ike because of the intense way he was dancing with Mercy at the Saturday Night party.

Incase you missed it…. A fight almost broke out between ike and tuoyo because of the way tuoyo was vigorously "perussing" MERCY!!! 😂😂😂🤣🤣 #BBNaija pic.twitter.com/GcuAWvT0OZ

Ike was seen pushing Tuoyo but he eventually went to make up with him.

"Next time you rock my babe like that, I won't leave food for you. Don't try me. I'm a gangsta"#BBNaijahttps://t.co/8UbEGWtX4e pic.twitter.com/T9EVuvTE1g

Fans, however, blamed all parties involved as they gave their own opinions. Here are some tweets gathered:

“When you keep roaming and form big boy please allow Mercy and Tuoyo to rock the party dummy…You carry wife go there ?Man respect yourself oh we are paying for this ode.”

“To be frank can you go to a club and allow someone to rock your babe like that…. Make you check am…. This shows Ike really have feelings for Mercy… If na me, I will do the same time…. Wetin,,, it was getting too much.”

“Now mercy is messing up real bad and she’s about to lose a fan here with that stupid dance with tuoyo wen she knew Ike was there.”

Touyo and IKE make up. No more drama over Mercy. Bros over ho's 😂🤣 #BBNaija pic.twitter.com/RgRm1Pl5nX

“I don’t like Tuoyo and Mercy dance at all if Ike is not jealous that means he doesn’t like mercy maybe they are all playing games sha… Rubbish dance. Tuoyo this is your last party in biggie’s house.”

“I don’t understand why you are mad at Tuoyo.. when woman say her yansh na community yansh, you don’t want Tuoyo to enjoy it. Leave the birthday boy abeg. Did he force her?”

“Let’s be true to ourselves….. Tuoyo can’t rock any other gal in the house like that……. Ike is right to be angry and Ike should also change am for mercy……… She’s being silly.”

Guys would always be Guys 😎😎

“Did Ike just warned Tuoyo? So it’s now Tuoyo’s fault he can’t hold his own with his woman in the club? Bros no dulling oh, else another man go rock her wella, take several seats abeg.”

“Ike if you don’t steal Tuoyo’s coin tonight, I go know say you no be gangsta I swear.”