Over the years, Nigerians have had to witness some unfortunate accident which has shaken the nation to its core, many of these accidents occurred on the nation’s roads which are known not to be of a high standard, however, there have been several tragic occurrences involving other forms of transportation particularly air travel. 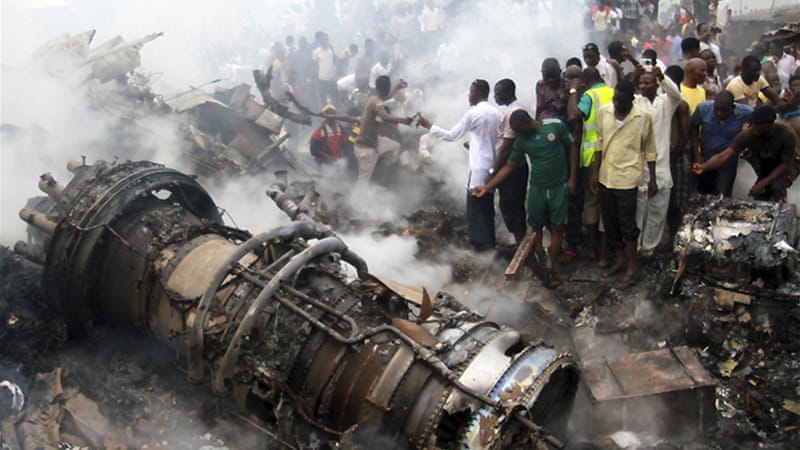 The tragedy of plan crashes is obviously more damaging than road accidents as the victims rarely survive.

Despite the razor-sharp care taken to curb or reduce plane crashes, Nigeria, like many other countries have had her share of tragic occurrence as it regards air travel. Below is a list of the ten worst plane crashes in Nigeria’s history.

261 people died in a McDonnell-Douglas DC-8 craft flying hajj pilgrims to Sokoto on behalf of Nigeria Airways. The crash occured in an urban centre in Saudi Arabia. It is said to be one of the worst accident in the history of commercial aviation in the country.

The Nigeria Airways flight took off Jeddah Airport however shortly after take-off, at 2000-3000 feet, problems with the cabin pressure were reported. These reports were quickly followed by a burst tire and loss of fluid mechanics. The pilot lost control of the aeroplane and it eventually crashed.

The root cause of the accident was blamed on human errors, particularly at the Nigerian aviation authorities. 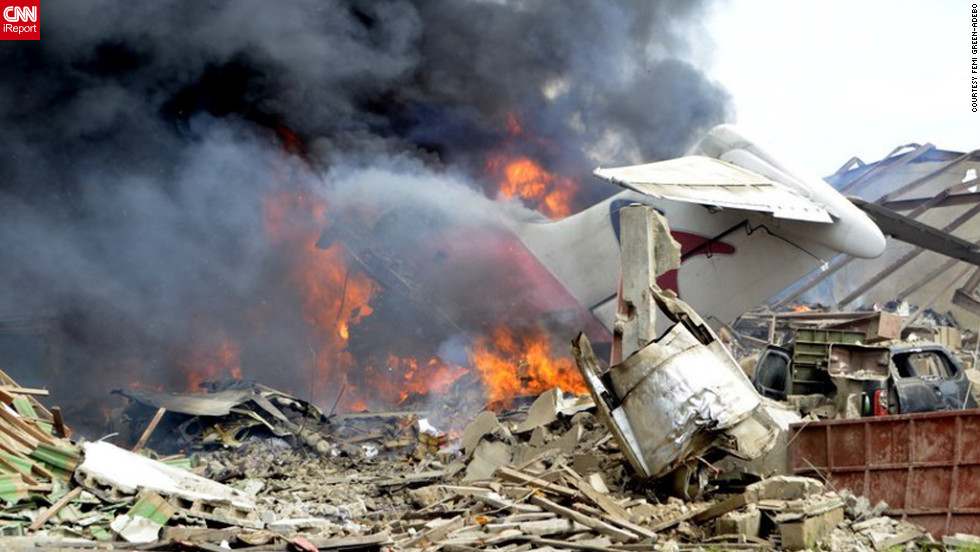 “The craft was signed-off as acceptable flight, in degree unairworthy condition, by the operating flight engineer who had no involvement in the aircraft servicing,” Premium Times reported.

2. January 1973:
176 travellers died when a Boeing 707 hired by Nigeria Airways to fly pilgrims back from Jeddah to Lagos crashed in Kano.

Bad weather in Lagos had forced the crew to divert to Kano. The craft touched wheel at first and then collapsed along the runway centreline. Two crew members and twenty-three passengers were saved, however, due to the number of deaths it believed to be among the worst accident involving a Boeing 707 at the time. 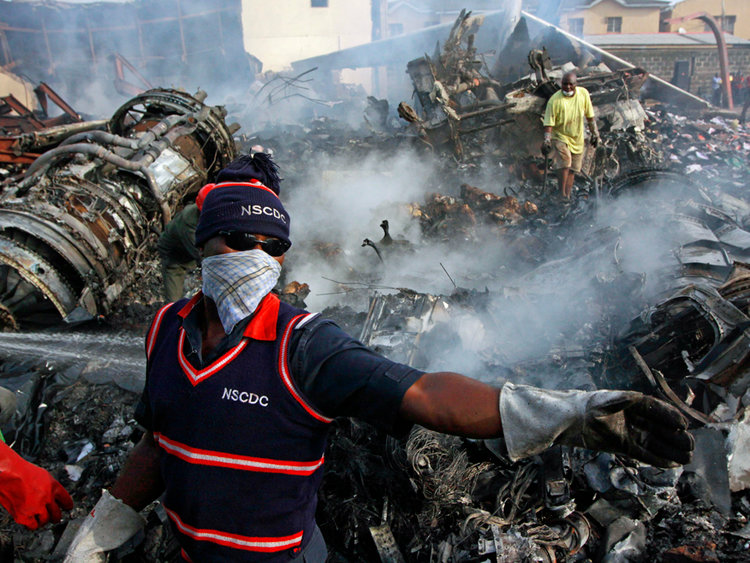 The Hercules crashed nose-down into the swamp. The exact number of casualties is uncertain. But at least 150 Nigerians, 5 Ghanaians, 1 Tanzanian, 1 Zimbabwean, and 1 Ugandan were involved.
It was the worst accident involving a Lockheed C-130 at the time. 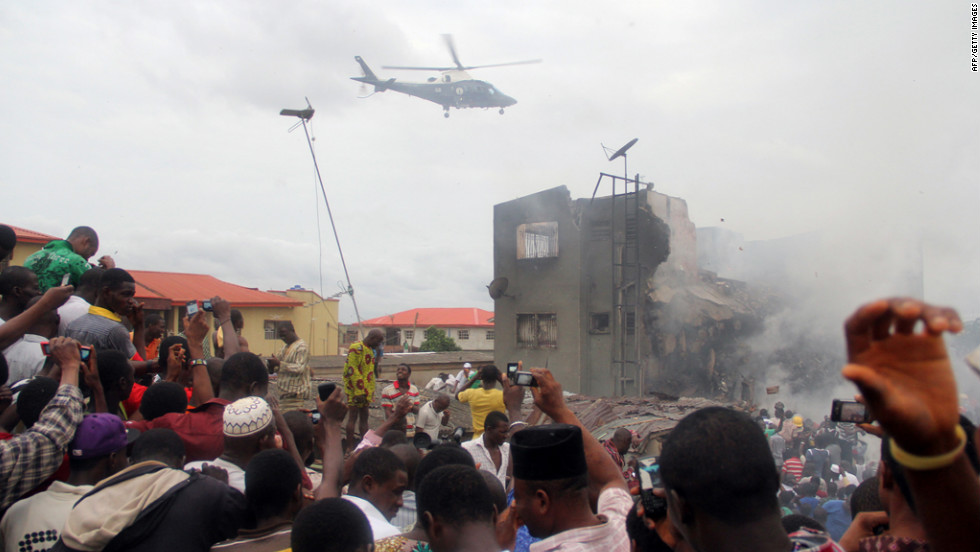 4. June 2012:
Most Nigerians will not forget the Dana plane crash that killed 153 occupants. A McDonnell pol MD-83 traveller plane, 5N-RAM, operated by Dana Air was destroyed when it crashed into a residential area of Lagos, Nigeria. All 146 passengers and 7 crew members were killed. At least, six victims are found within the buildings that were hit by the plane. It is presently the third worst accident involving an MD-80.

5. November 1996:
144 passengers died when a Boeing 727 operated by ADC airline on its way from Port Harcourt crashed in Ejirin, near Lagos, killing all its occupants. 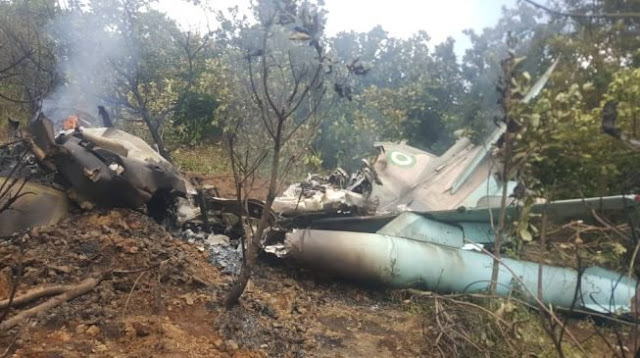 The craft crashed when its crew lost control. The pilots conceive to avoid a head-on collision with another flight unsuccessful. The aircraft crashed and disintegrated on impact. “The untidy traffic separation by the radio detection and ranging controller” was the immediate reason behind the crash, investigations later revealed. It was the eighth worst accident involving a Boeing 727 at the time.

6. October 2005:
117 folks died when a Boeing 737 operated by Bellview Airline crashed close to the Lagos. Tower lost radio contact with the flight about three minutes after takeoff. The next morning, the wreckage was found about 30 km north of Lagos.

Bad weather was blamed for the crash. It was the seventh worst accident involving a Boeing 737-200 at the time.

7. December 2005:
108 people, largely students of theologian Jesuit faculty in the capital of Nigeria, were killed after a McDonnell-Douglas operated by Sossoliso Airlines crashed while landing at the Port Harcourt airport. Two occupants were rescued alive. 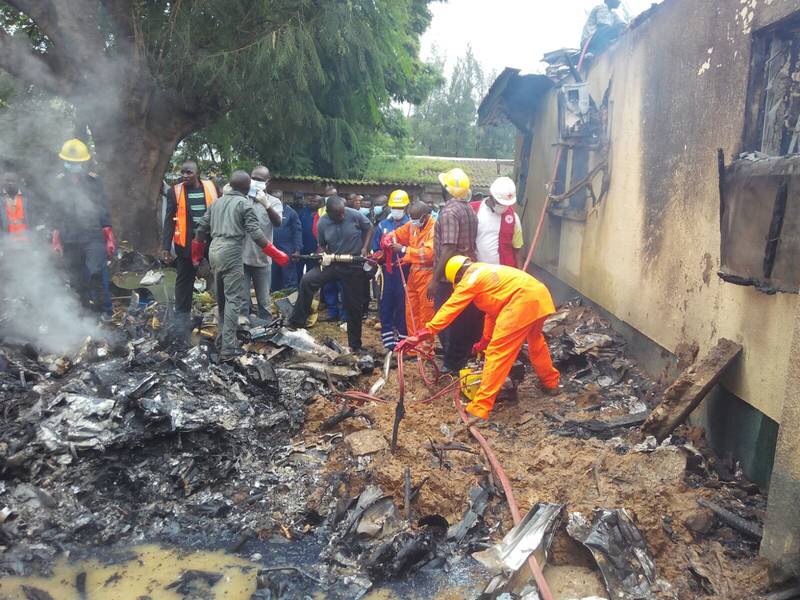 The primary reason for the accident was said to be bad weather. Contributory causes were dysfunctional runway lighting and poor airdrome style. It is presently the fourth worst accident involving a DC-9-30.

8. October 2006:
97 passengers perished when a Boeing 737 operated by ADC Airlines crashed close to the Nigerian capital airdrome shortly when takeoff. 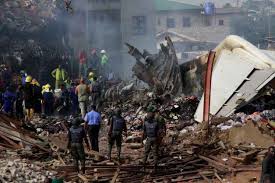 The ADC Airlines flight departed Lagos on a scheduled flight to Sokoto with associate degree intermediate stop at Nigerian capital.

Immediately when takeoff from the Nigerian capital airdrome, the Boeing 737 contacted the ground, broke up and caught fire in a cornfield. A woman working on the field was reportedly killed after being struck by debris from the crash. 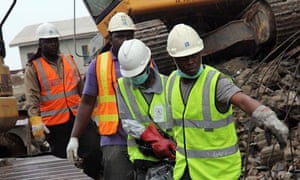 9. November 1969:
This was the primary major plane crash in Nigeria just a few years after independence. 87 travellers perished when a Vickers VC-10 operated by Nigeria Airways crashed in Lagos. The Nigeria Airways VC-10 was on a flight from London to the Lagos with on the way stops at Rome and Kano. On the last leg of the flight, the VC-10 was making a straight in runway 19 approach to Lagos when it descended below the normal approach path and struck trees. The aircraft crashed and caught fire. 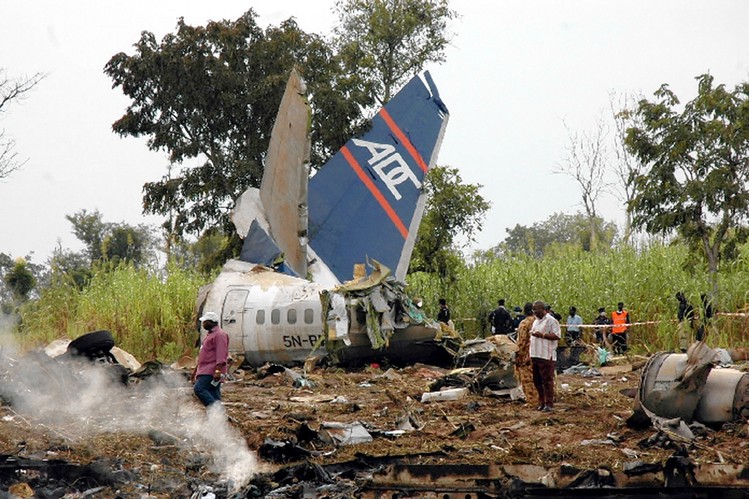 10. May 2002:
72 individuals died when a BAC One-Eleven jet operated EAS, on a flight from Jos to Lagos via Kano, crashed shortly when initiating from the Kano flying field. “Shortly after departing Kano, the aircraft reportedly stalled. It fell within the heavily inhabited district of Gwammaja concerning 0.5 a mile from the flying field on the outskirts of Kano. 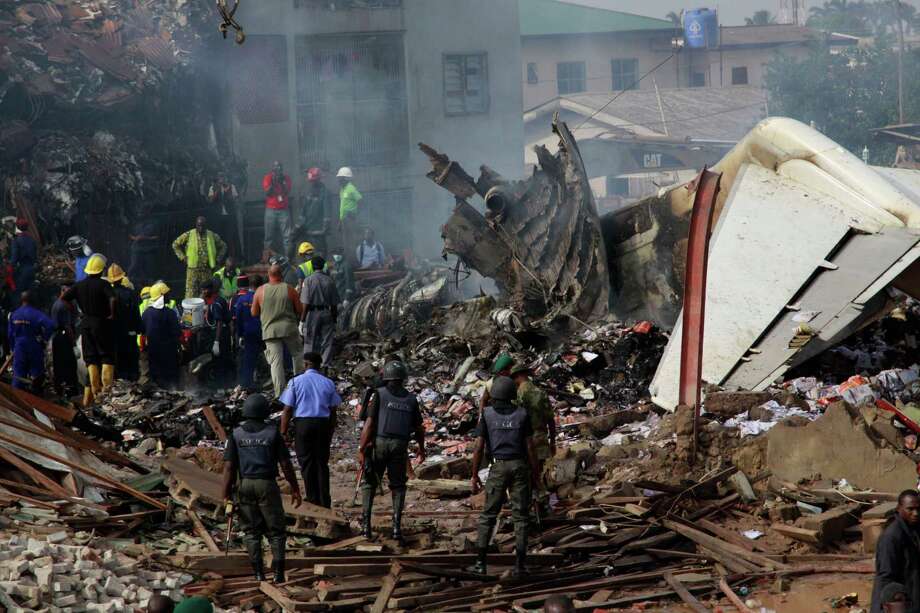 It sheared roofs from two-story concrete homes and sliced a house of prayer in 0.5 because it busts apart and burst into flames. Some twenty-three homes in Gwammaja space were destroyed, alongside a college and also the mosque” Aviation Safety Network reported.

Prior to the accident, the plane had been reportedly grounded for fifty-two days owing to engine issues. it crashed 10 hours when another engine, from another grounded plane, was fitted into it.

Whether you’re a crew or a passenger, always ensure that you prioritise safety above hasty.

A life lost is forever lost.