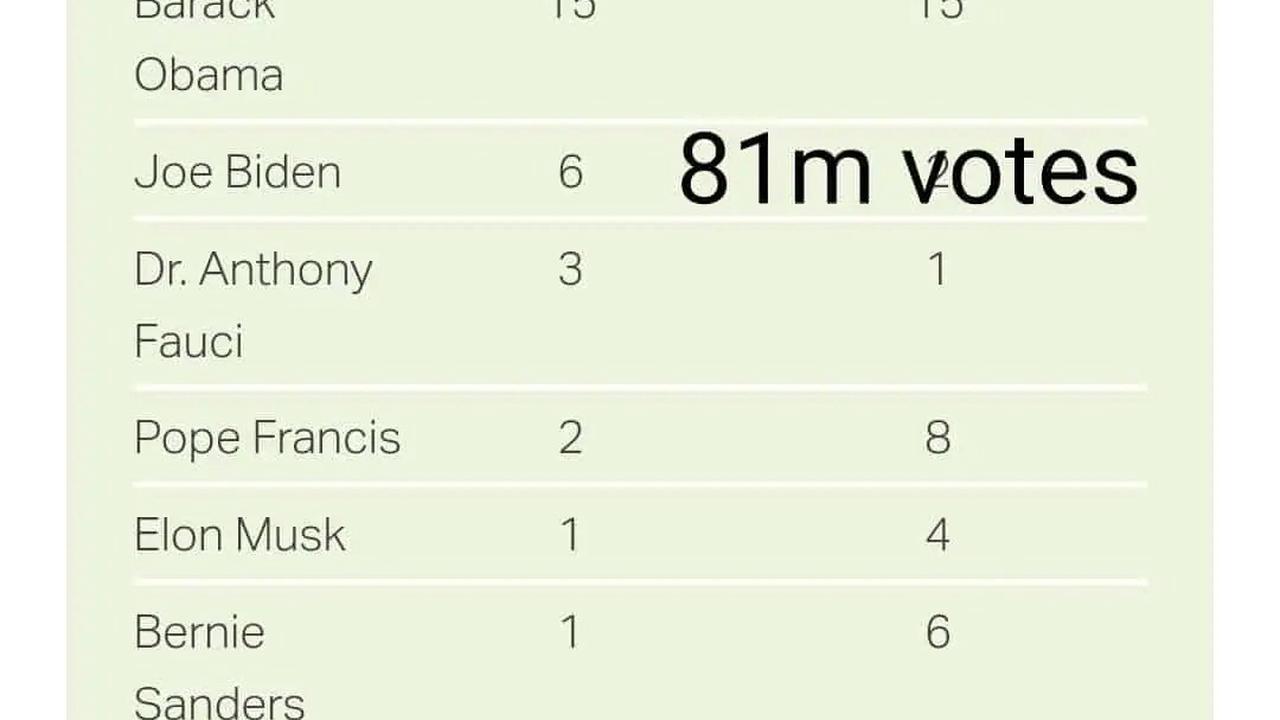 According to the annual Gallup survey released Tuesday, President Trump has ended former President Obama’s 12-year run as the most admired man in America. Eighteen percent of the survey’s respondents named Trump as their most admired man, compared to 15 percent who named Obama and 6 percent named President-elect Joe Biden. In...

Prince Charles is ‘in a state of despair’ after Meghan Markle, Prince Harry’s Oprah interview: report

Prince Charles is ‘in a state of despair’ after Meghan Markle, Prince Harry’s Oprah interview: report

Tuesday's letters: Back Haley in 2024, VA comes through, voter fraud not easy, more

How Graphika fights misinformation by tracking it across social media

The COVID-19 pandemic has been especially hard on women. Things shouldn't be this tough. [editorial]

Morning Brief: A military watchdog — and a shakeup

Will the EU emerge from the coronavirus crisis stronger or weaker?

Letters to the Editor, March 9

2 marijuana proposals to be introduced in RI this week

One year into the pandemic that changed everything: It's a time to mourn

Flags in Ohio at half-staff for COVID-19 anniversary

Mexico’s cannabis decriminalisation bill on its way to becoming law

Kaley Cuoco Jokes About Being a 'Loser' After Critics Choice Defeat

Bruno Mars And Anderson.Paak Campaign To Perform At The Grammys