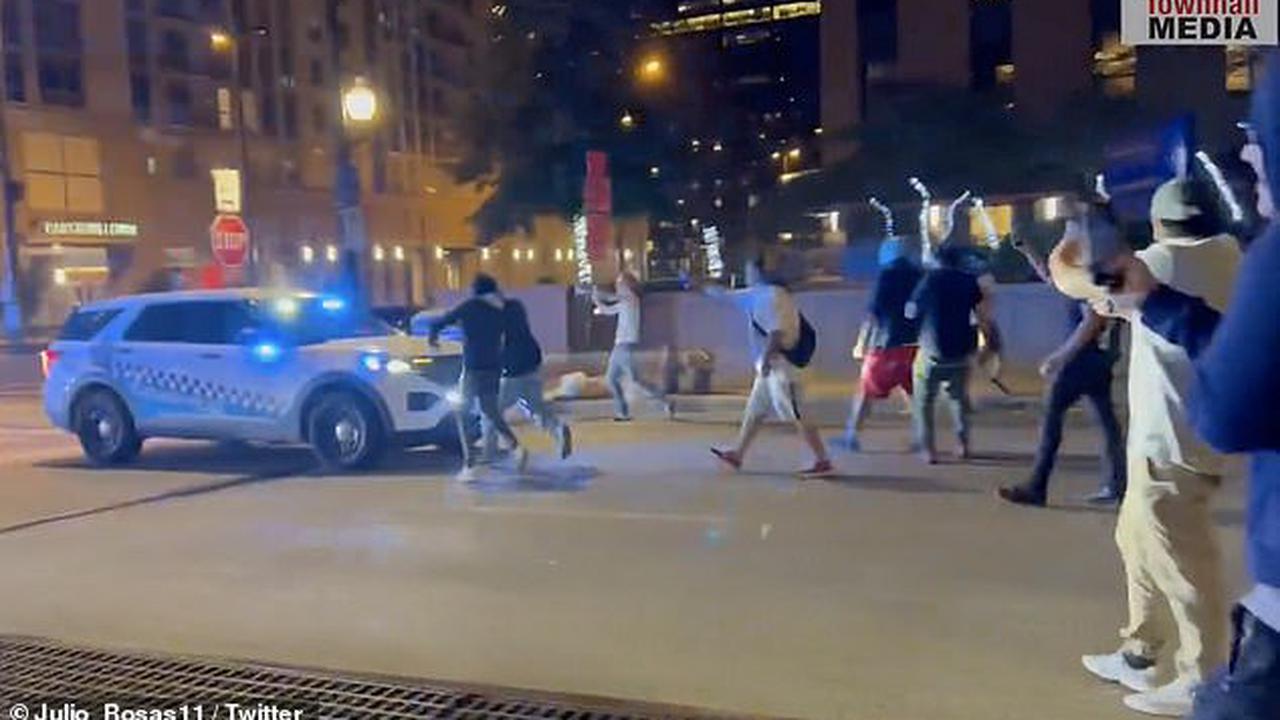 A group of between 30 and 40 people shot fireworks at police cars in Chicago Vandals fired at around eight police cars which had their lights and sirens on One firework landed on the hood of a patrol car leaving a smashed windshield, headlights and dented bodywork A couple of members of the...

Ballymena teen accused of robbing her own grandad

Popple Street Sheffield: 'Several' people arrested as street is cordoned off by police

Police confirm identity of 'trafficked' Vietnamese migrant, 31, who died in Oldham mill fire and was left buried in grave of rubble for two months alongside three countrymen

Air ambulance rushes woman to hospital after 'falling into water'