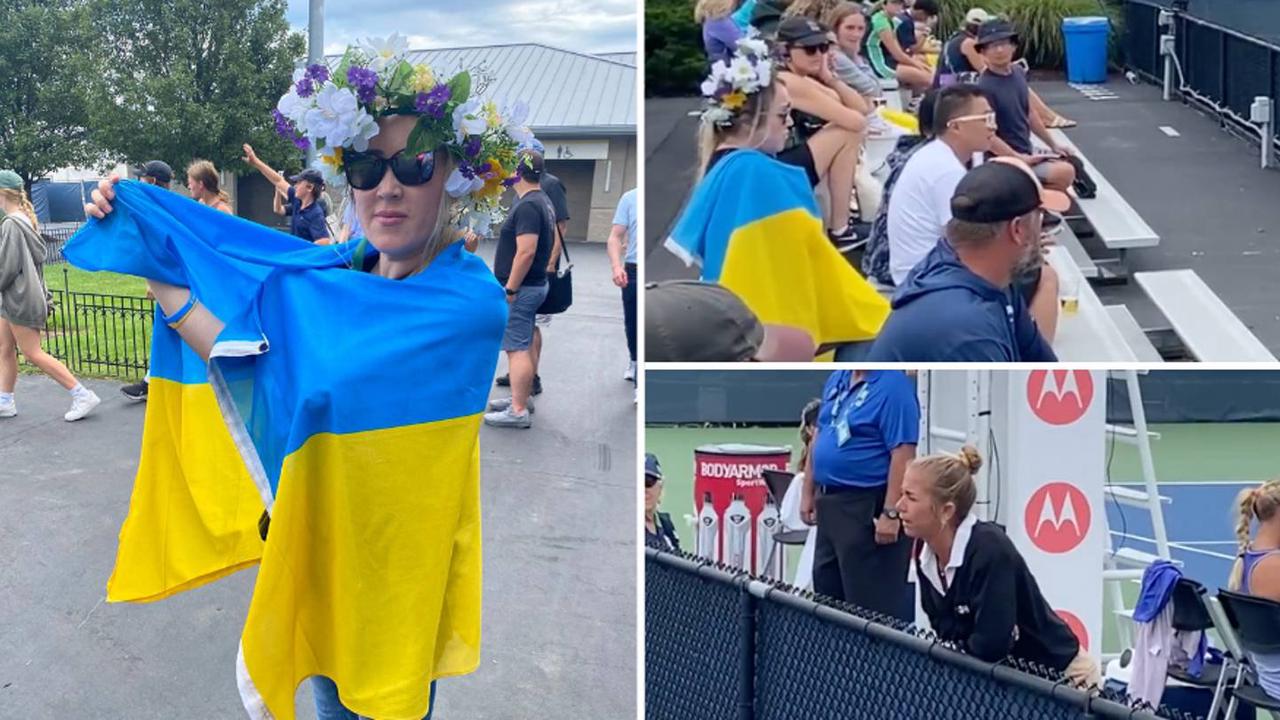 A woman wearing a Ukrainian flag during a Cincinnati Masters qualifying match-up between two Russians was kicked out mid-match after complaints from a player. The all-Russian affair between Anna Kalinskaya and Anastasia Potapova had to be stopped after one player took offence to a woman sitting in the crowd. The fan-in-question was...

Laver Cup 2022 results – day 1: What happened at The O2 today as Roger Federer retires after match with Nadal

JK Rowling, Jodie Kidd and rugby ace Chris Robshaw look in in horror as protester sets himself on fire ahead of Roger Federer's last-ever tennis match