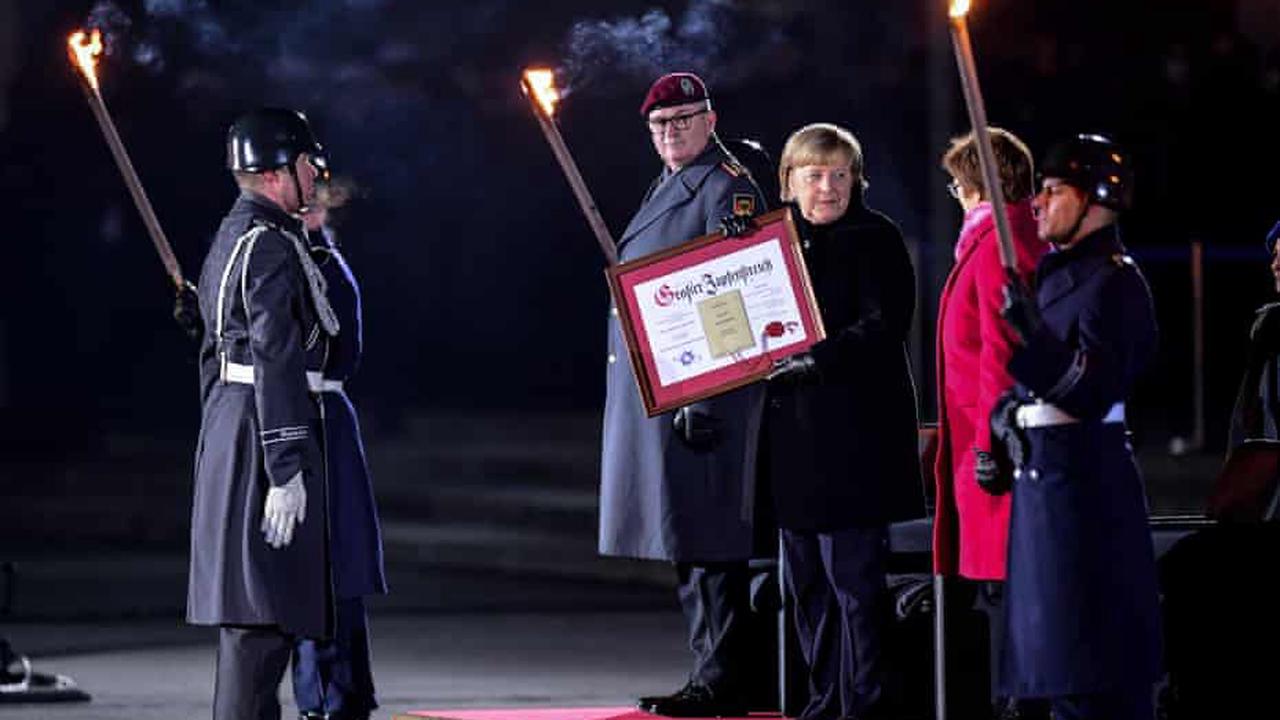 Military band in Berlin honours departing chancellor of 16 years, who hands over to Olaf Scholz next week The German military’s highest civilian honour was bestowed on Angela Merkel at a ceremony at the defence ministry in Berlin. Photograph: Getty Images The end of Angela Merkel’s reign as German chancellor was marked with...

Michigan City Is First in the Nation to Be Led by All-Muslim Government: 'Historic Achievement'

'Don't question my faith': Rep. Dan Crenshaw SNAPS at 10-year-old girl who asked him about comments he made about Jesus and gets booed by the crowd at the Tea Party event

Rabbi credits security training for life-saving acts at US synagogue

REVEALED: Biden has spent a QUARTER of his presidency at his Delaware homes - including half of his weekends - with just 10 of them at the White House

St David's Day: Should Wales be able to choose its own bank holidays?

How to unblock a shower drain: Seven foolproof methods to restore household drains