Friday, August 10th saw the release of a new single by American singer Ciara titled, ‘Freak Me’, which sees the superstar team up with talented singer/producer, Tekno Miles.Prior to the release of the song, the ‘Level Up’ singer had taken to her Instagram page to generate some buzz by releasing pictures from the dance video.

Ciara was enjoying an upturn in her music career following the widespread reaction to her last single, which went viral on social media with various dance impressions. And how else to sustain this than to tap into the new wave called Afrobeats. African music is enjoying the attention of the global audience in a way like never before and everyone is seeking a bite of the cherry. 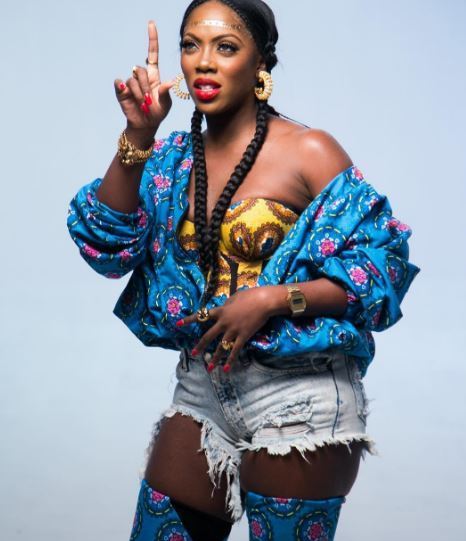 Connecting with Tekno who is well known for his ability to craft commercially acceptable records is a good move. From both the creative and viability angles, this looked like a win-win, but what happened after the eventual release of the song has placed a dampener on the excitement that the roll-out generated. After the first few listens to ‘Freak Me’, a number of Nigerians immediately noticed the similarity in not just the melody, hook but composition to a previously released single, ‘Before Nko’ by Tiwa Savage. ‘Before Nko’ is off Tiwa Savage’s 2016 EP, ”R.E.D”, and surprisingly one of the more docile songs on the project. Her fans on social media immediately caught up on this, leading to questions getting asked and people been called out. This definitely could not be coincidental, did she get the right clearance? Was Tiwa aware of the existence of the song? and what role did Tekno play in all this?

With sampling, it is quite clear that permission either from the copyright owner of the song, or from the copyright owner of the master recordings, usually a record company is essential. However, Ciara and her team deployed two deft moves, which puts her in good light; the first being duly crediting Tiwa Savage alongside Don Jazzy andD’ Prince as part of the composers of the song on all streaming platforms.

Then, following the reactions across social media, she also took the initiative of posting a message via her Twitter account acknowledging Tiwa as the inspiration for the song.

While leaks from her camp continue to suggest that Tiwa was not duly informed or authorized creative rights for the use of her song, the singer has kept quiet all through the drama, with her social media pages only containing information surrounding her upcoming shows in London.

Damn!!! Ciara actually copied Tiwa Savage 100% for Freak Me & a member of Tiwa’s management is not taking it lightly… is this right?

several attempts to reach her for comments but her team is yet to respond. For now, Tiwa has left the debate at the realm of speculations and while this will surely fade in little time, the industry needs to actually know, as clarity on matters like copyright and creative control is the only way artists will learn to do better.

Listen to both songs here and choose your preferred version