Nigerian striker Peter Olayinka found the back of the net for Czech club Slavia Prague as they held former European champions Inter Milan to a 1-1 draw in their Group F opening fixture of the 2019/20 Champions League season at the San Siro on Tuesday evening.

The 23-year old Nigeria led the line for Slavia against Inter, and put his team in front after 63 minutes when he tapped home from close range following a rebound off the Inter goal.

And they looked on course for a famous win over their more illustrious opponents, until the second minute of second half stoppage time, when the Italian side leveled via Nicolo Barella.

Olayinka, 23, has now scored three goals for Slavia in ten appearances in all competitions this term, just three goals shy of his total tally from last term. 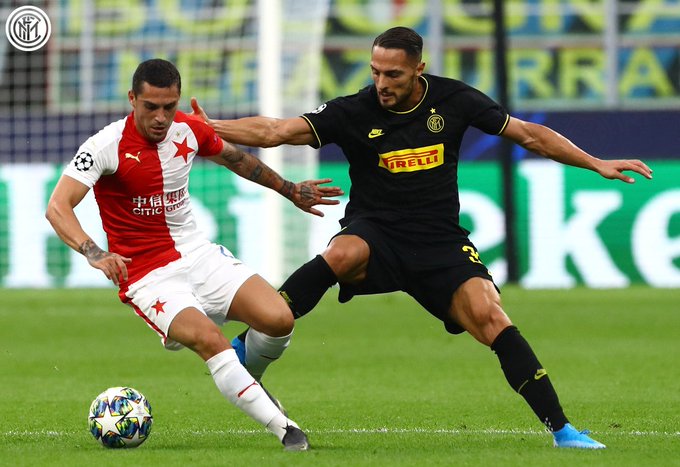