Solomon Dalung, who have been Nigeria’s Minister of Youth and Sports since 2015 under President Muhammadu Buhari, have been conspicuously omitted from a 43-man list of Ministerial nominees to serve under the President from 2019.

The Barrister turned sports overseer, was termed controversial by many Nigerians following his continuous row with the President of the Nigerian Football Federation (NFF), Mr Amaju Pinnick, his 2016 unsavory comments concerning Nigeria Rio Olympic Team, IOC allegations on Money Laundering and many more.

A number of senior figures from Buhari’s first term however will return, including Zainab Ahmed, Babatunde Fashola, Geoffrey Onyeama, Rotimi Amaechi and Lai Mohammed, who held the finance, works, and power, foreign, transport and information portfolios. 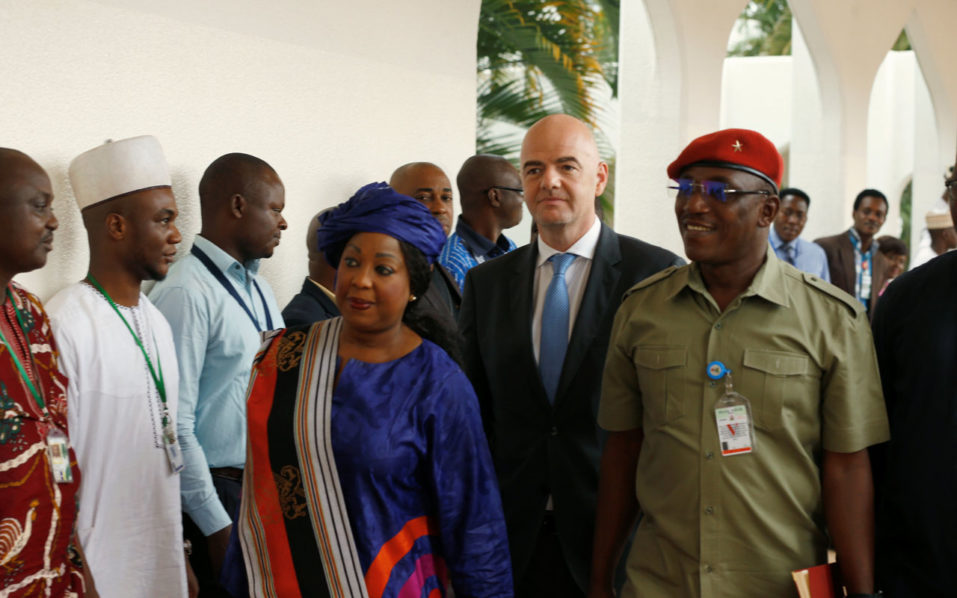 The list contains 43 names, though it did not specify which positions they would hold in cabinet. See the full list:

One of the 43-nominated high profile figures is expected to be named the new Sports minister once the Nigerian Senate is done with screening.