Wladimir Klitschko, along with his older brother Vitali, was the dominant force of the heavyweight boxing division for more than a decade between the mid-1990s and 2015, but Anthony Joshua came around to put an end to what is referred to as the Klitschko era by defeating Wladimir in an epic title fight on this day in 2017 at Wembley Stadium in London.

Fighting in front of a post-war record crowd of 90,000 people, Joshua won by TKO in a highly dramatic battle that saw both men give their all. Joshua and Klitschko fought a close and cautious first four rounds. In the fifth, Joshua came out roaring and barraged Klitschko to the canvas.

That got Klitschko angry, with the Ukrainian figher rising to his feet and dominating Joshua for the remainder of the round, before landing a clean right hand and scoring his own knockdown in the sixth round. The rounds that followed were again cautious.

Caution was thrown to the wind, though, when a reinvigorated Joshua attacked Klitschko in round 11 with an upper-cut blow to the right side of Klitschko’s face which would be the beginning of the end for the Ukrainian. Joshua then put together a few small but powerful combinations which sent his opponent to the canvas. 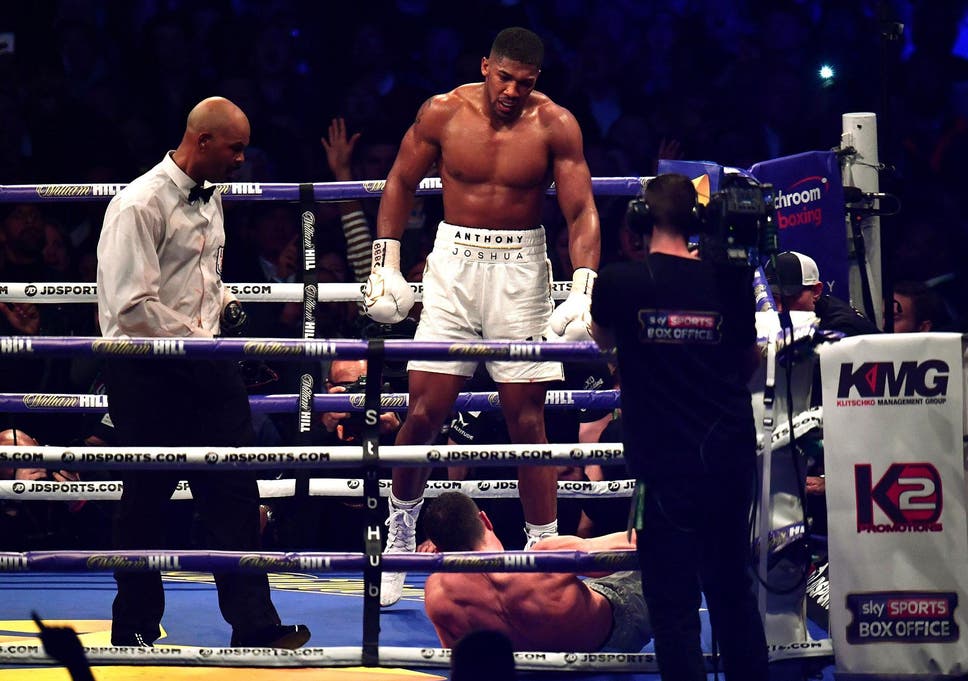 But Klitschko again rose only for Joshua to knock him down for a second time in the round by unleashing a devastating combination of seven punches and flooring Klitschko with his deadly left hook.

Moments later Joshua tried to end the fight by swinging a few right hooks and managed to back Klitschko in to the ropes where he again sent a barrage of punches with no reply.

The referee then concluded that Klitschko had taken enough punishment and stopped the fight. At the time of stoppage, Joshua was ahead on two judges’ scorecards 96–93 and 95–93, and the third judge had Klitschko ahead 95–93. Joshua was declared winner by Technical Knock-out.

After the fight, the British boxer of Nigerian descent stated he would have no issues with having another fight with Klitschko.

That rematch would never happen, however, as the Ukrainian retired from the sport months later in August 2017 with a record of 64 wins from 69 fights – Joshua was the last man to fight him.

Joshua emerged from that fight retaining his IBF title belt and winning the vacant WBA (Super) and IBO titles, becoming the undisputed boxing champ with only one of the other main title belts – the WBA title – missing from his shiny collection.