Nigerian Striker Named Among Most Experienced Youngsters In Europe

Nigerian Striker and former Bayern Munich starlet Karim Adeyemi has been named among the most experienced young players in Europe from 22 European competitions per year of birth by CIES Football Observatory. The rankings were elaborated using an exclusive methodology weighting domestic league minutes played by footballers during the last two years according to the sporting strength of employer teams.

For players born in or after 2001, Red Bull Salzburg striker Adeyemi ranked eighteenth and he was the only player of Nigerian descent that made the list as none made the cut for the 1998, 1999 and 2000 age groups.

This season, the 17-year-old, who was born in Munich, has scored 2 goals in 10 appearances for Red Bull Salzburg’s feeder club FC Liefering, who play in the Austrian 2. Liga. 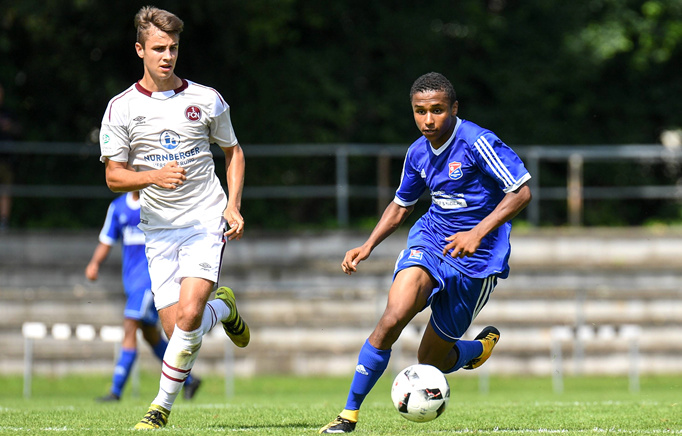 In eight outings for Germany’s U16 and U17 national teams, the center forward has found the net twice. Adeyemi started his career at Bayern Munich before moving to SpVgg Unterhaching and was snapped by Red Bull Salzburg in the summer of 2018.