Striker Ada sets an unbreakable record in the Ballon d’Or

Lyon’s Ada Hegerberg has set a record in the Women’s Ballon d’Or that will never be broken! The Norwegian striker who helped French Champions Lyon claim the French league title and Champions League trophy, has been crowned the first ever winner of the women’s Ballon d’Or. Obviously, there will never be another first ever winner. The 23-year-old saw off competition from the likes of Danish star Harder and Brazil’s Marta — winner of FIFA’s best player prize — to take the prize organised by France Football magazine following a vote by journalists from around the world. “I want to say thanks to my team-mates because this would not have been possible without them, my coach or our president Jean-Michel Aulas, I also want to thank France Football. This is a huge step for women’s football, I want to end this speech with a message to all young girls in the world. Believe in yourselves.”
England duo Lucy Bronze and Frank Kirby were also ranked among the top 20 in the world, finishing sixth and 14th respectively. Hegerberg and Bronze were two of seven Lyon players shortlisted for the award. 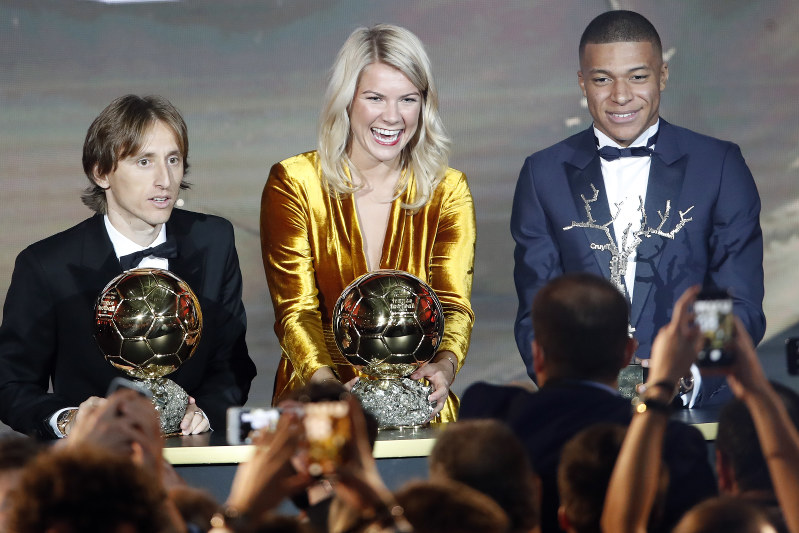 Ada was the top scorer with 15 goals as the French side won the Champions League for the third year running. One of her goals came in the final in Kiev in May, as Lyon came from behind to beat Wolfsburg 4-1 after extra time and retain the trophy after Danish star Pernille Harder had put the Germans in front in that game. 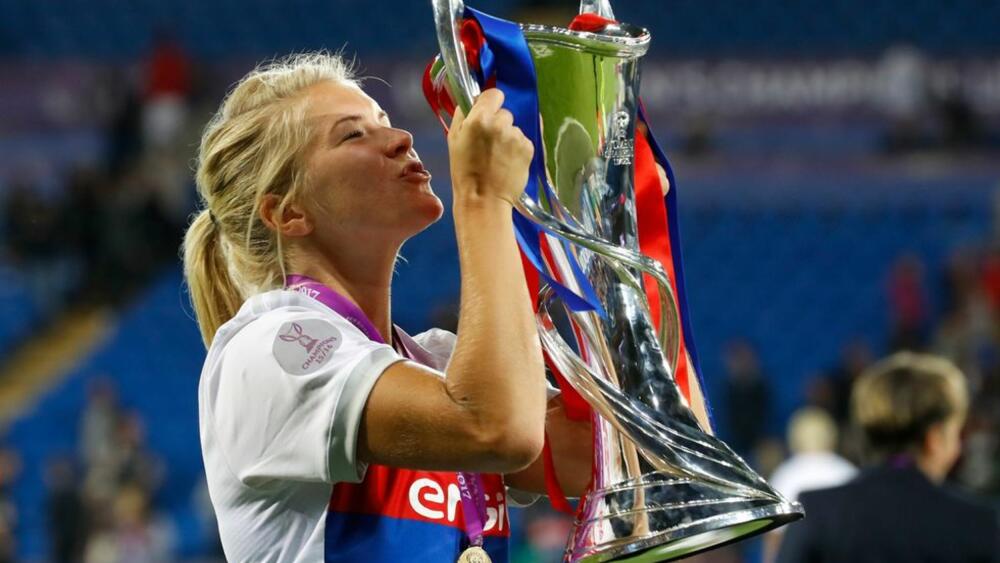 Lyon also won the French title for the 12th season in succession, with Hegerberg as top scorer with 31 goals, and she continues to bang in the goals for her team who are top of the table again this season. Hegerberg, whose elder sister Andrine plays for Lyon’s biggest rivals in France, Paris Saint-Germain, is a Norwegian international but has not played for her country since their disappointing showing at Euro 2017 in the Netherlands.