Germany have been relegated from Group A1 of the UEFA Nations League, despite not kicking the ball, after Holland earned a surprise 2-0 win over France on Friday. 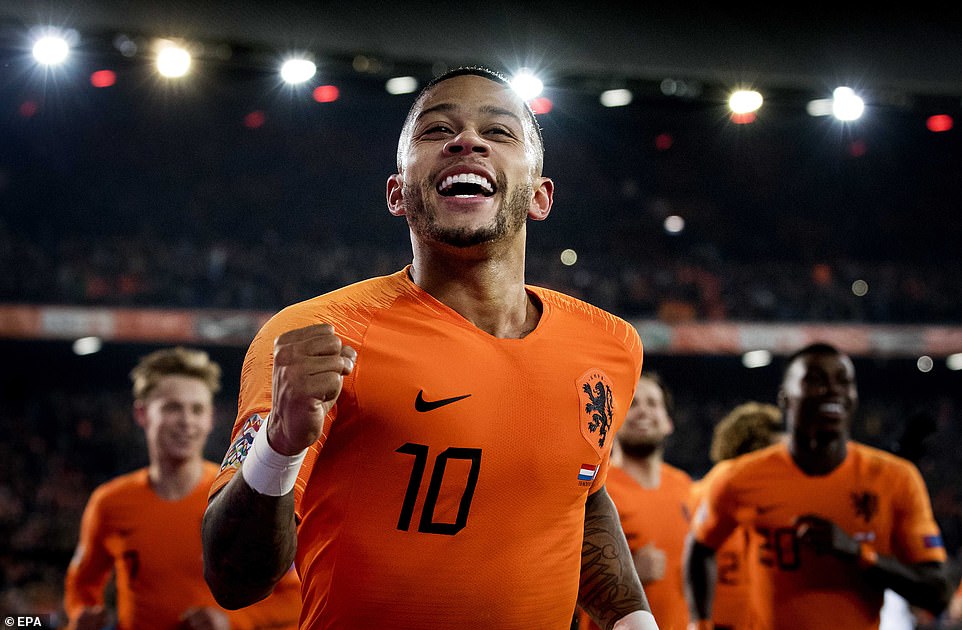 Goals from Georginio Wijnaldum and Memphis Depay crowned a dominant display from the Dutch in Rotterdam to end Les Bleus’ 15-game unbeaten run. 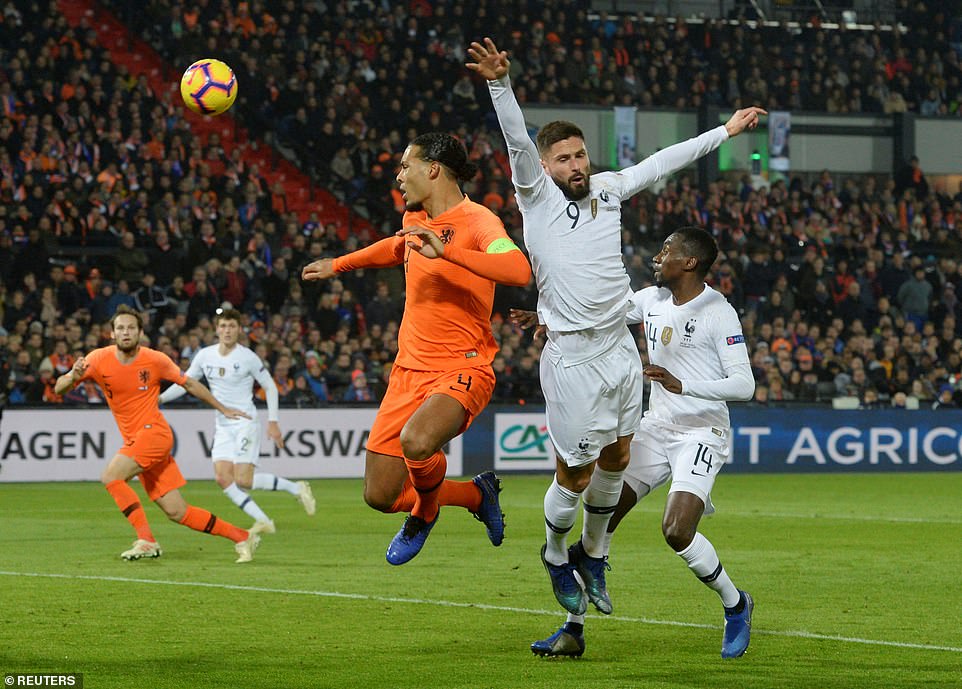 Friday’s result leaves Joachim Low’s winless German side rooted to the bottom of the table and heading to League B. 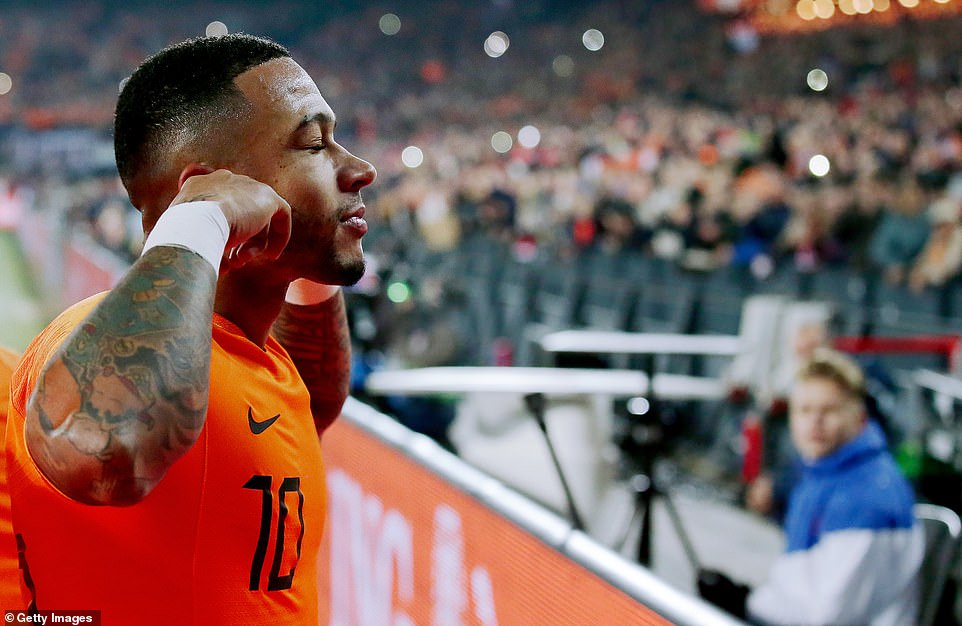 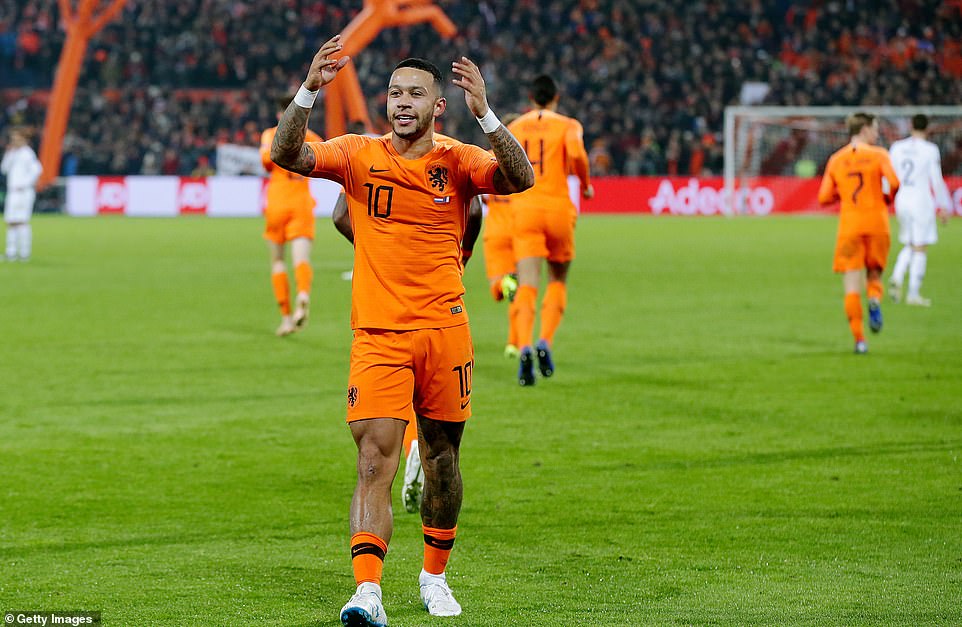 Holland will have the chance to qualify for the finals of the competition ahead of world champions France when they complete the group stage against the Germans in Gelsenkirchen on Monday. 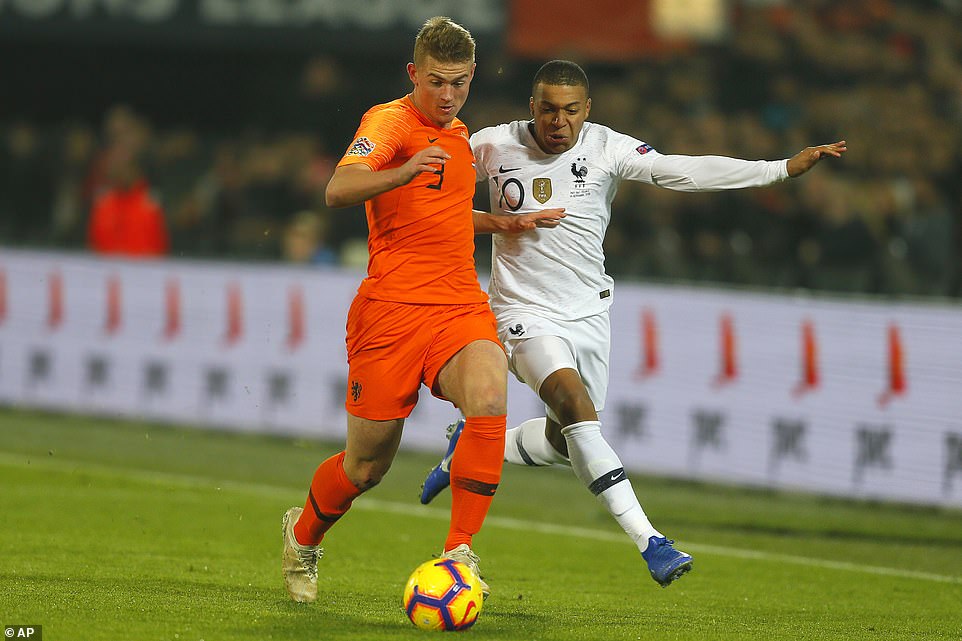 Victory in that match would see Ronald Koeman’s men top the group, while a draw would also be sufficient because of their superior goal difference.

The Dutch fully merited their narrow victory at De Kuip and below-par France, without the injured Paul Pogba, would have lost by more had it not been for goalkeeper Hugo Lloris. 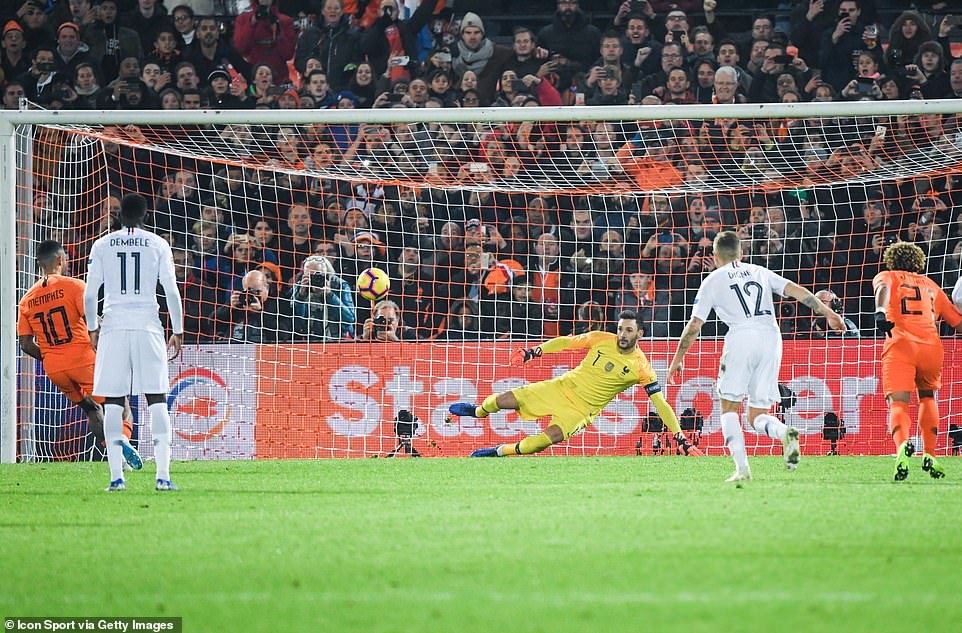 Holland, who failed to qualify for the last two major tournaments, have been rejuvenated under former Southampton and Everton coach Koeman. 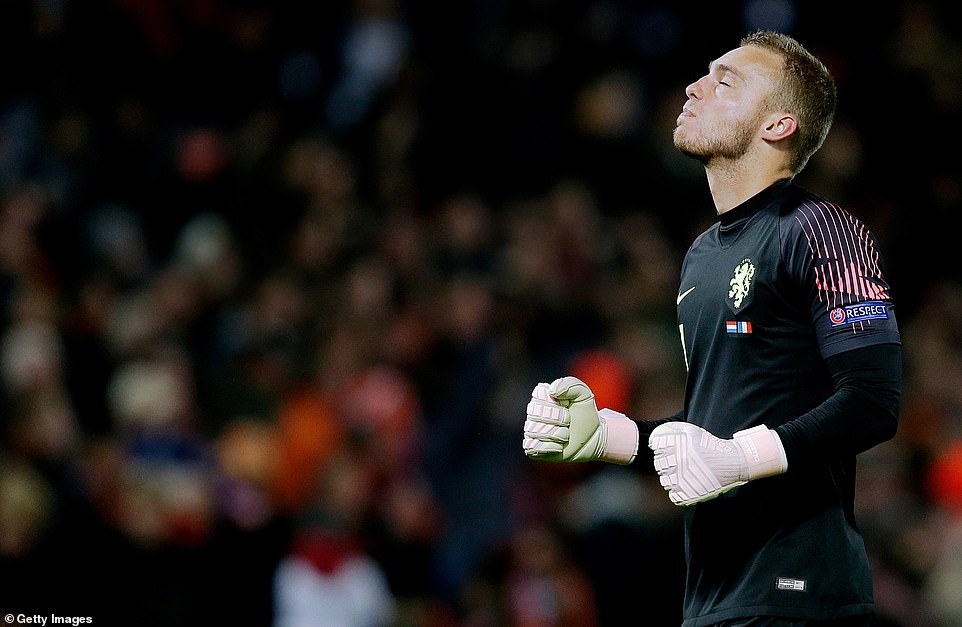 Full of confidence from last month’s 3-0 success against Germany, they had an excellent opportunity to go ahead inside two minutes.

Depay burst past France left-back Lucas Digne on the right before cutting the ball back for the unmarked Wijnaldum to strike a powerful first-time shot which was beaten away by Lloris.

The hosts controlled the opening period, although France threatened during a rare foray forward when Antoine Griezmann’s header from a Digne cross bounced off the surface before being held by Jasper Cillessen. 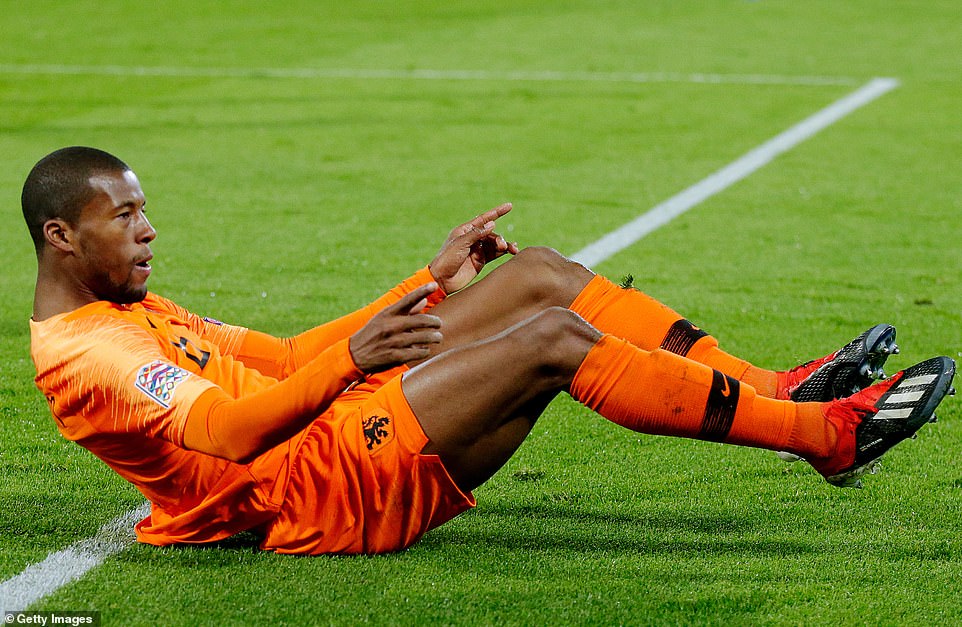 Les Bleus, who needed a point to ensure top spot in the group, seemed content to sit back and they were grateful Depay’s 13th-minute volley was straight at Lloris.

Liverpool player Wijnaldum then escaped with just a yellow card from referee Anthony Taylor after a clumsy challenge which saw him stand on Griezmann.

Holland deservedly edged ahead a minute before half-time following a mistake by Steven N’Zonzi. 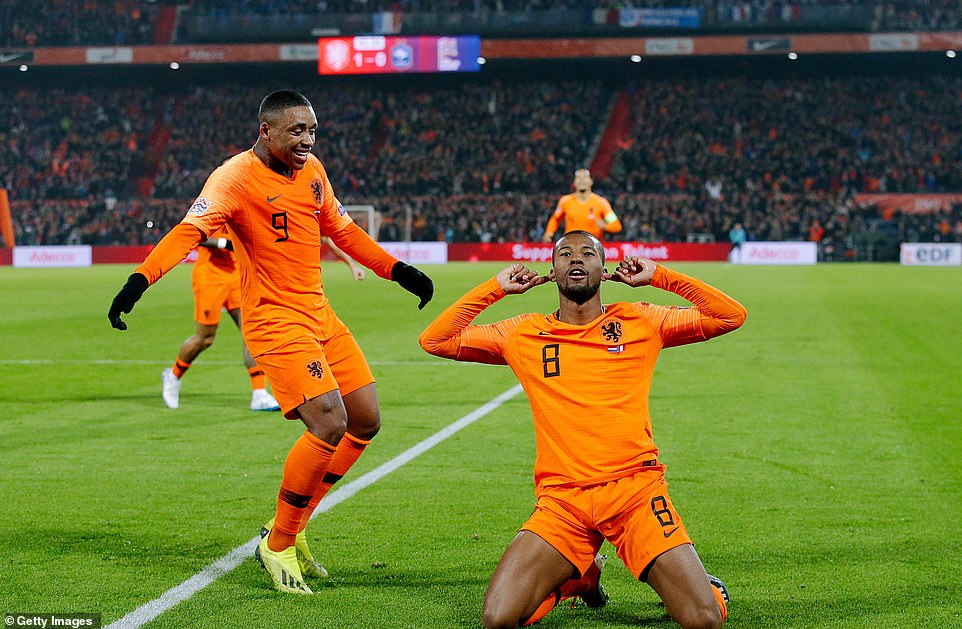 Central midfielder N’Zonzi, playing in the absence of Manchester United’s Pogba, inadvertently helped Frenkie de Jong’s cross onto Ryan Babel and, after his close-range effort was repelled by the legs of Lloris, Wijnaldum reacted quickest to slot in the rebound.

The emphatic finish was the 28-year-old’s 10th international goal and came on the ground where he began his career with Feyenoord. 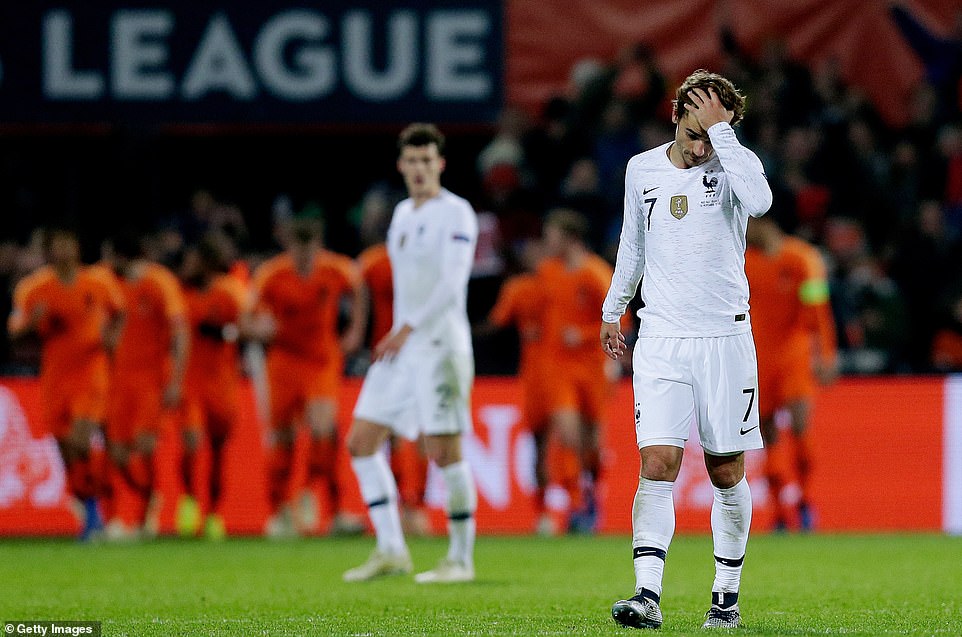 France produced little response to going behind and could have been reduced to 10 men when Everton defender Digne was booked for a late, studs-up challenge on Denzel Dumfries. 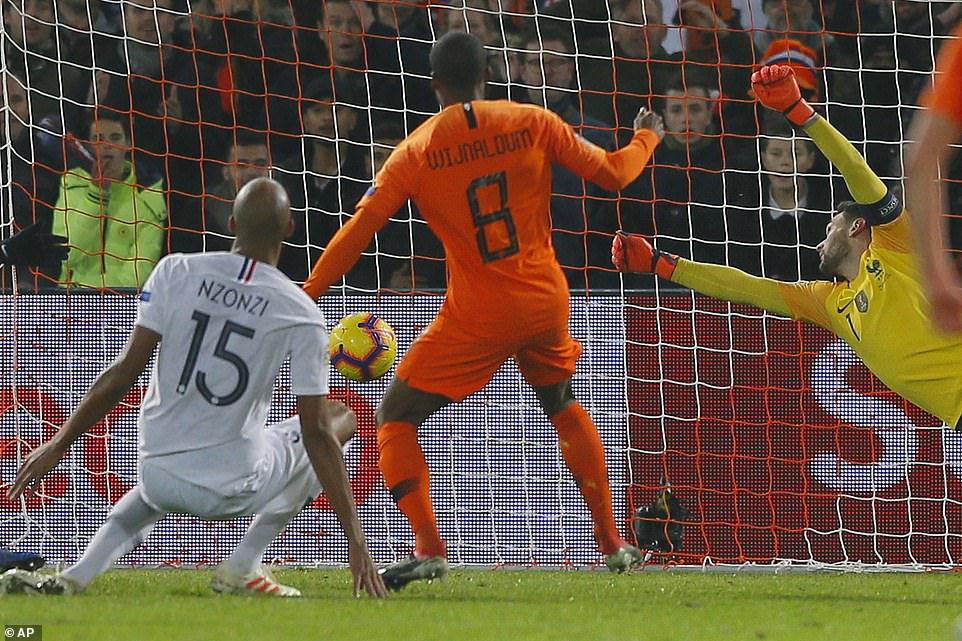 PSV Eindhoven right-back Dumfries was then twice denied by Lloris following Daley Blind’s cross as the hosts went in search of a second.

Tottenham goalkeeper Lloris had a busy night and was required to get down low to turn away a direct free-kick from Depay, before repelling two further attempts from the Lyon forward minutes later. 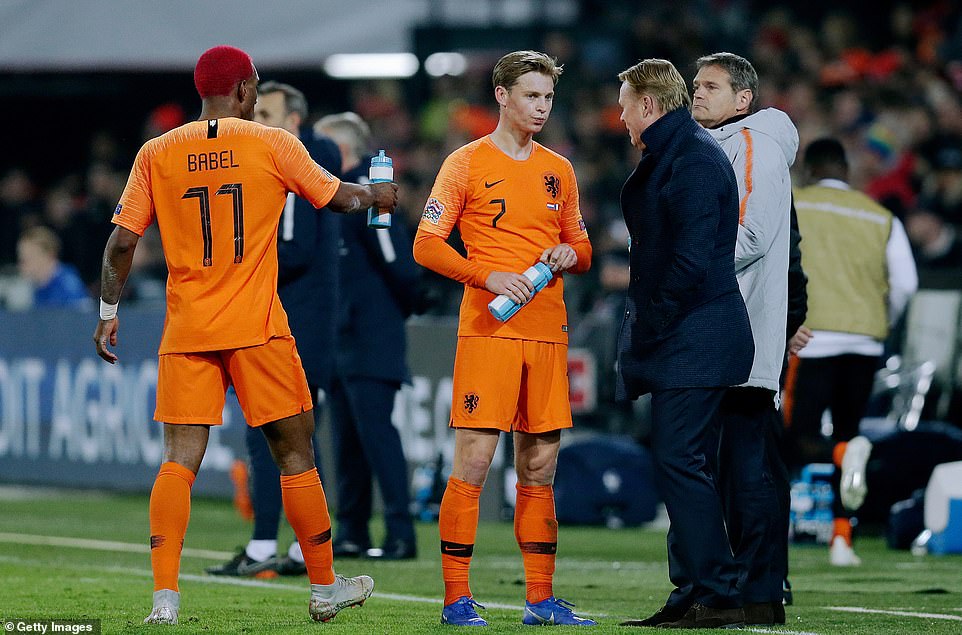 Holland – led by captain Virgil van Dijk – defended resolutely and never looked like surrendering their lead as they beat France for the first time since Euro 2008.

They eventually made the points safe in the fifth minute of added time when Depay cheekily chipped in from the spot after France substitute Moussa Sissoko brought down De Jong in the box. 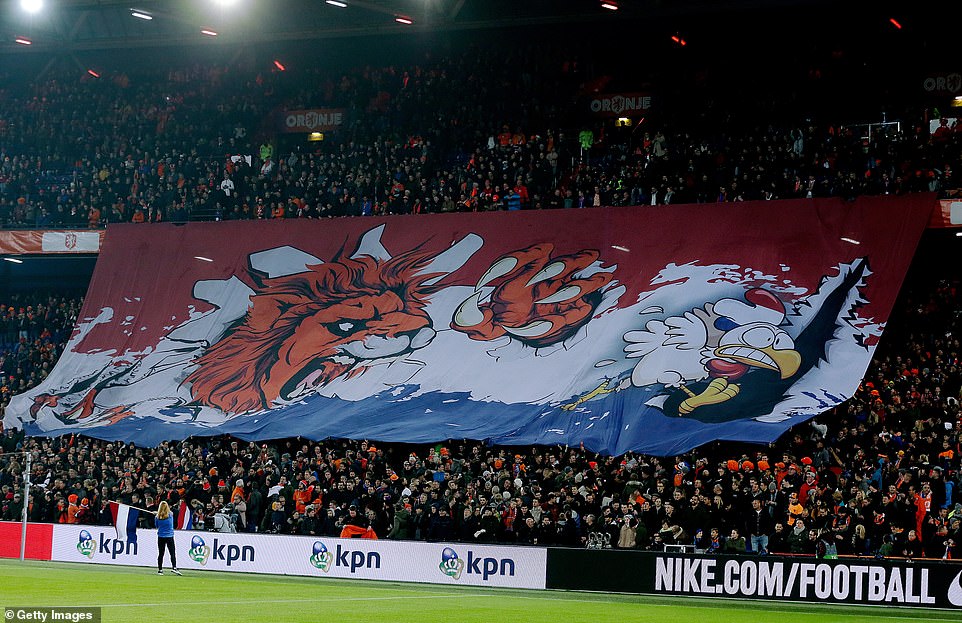