10 goals were scored in two games of Group E in the 2019 African Cup of Nations Qualifying matches played on Saturday evening including a hattrick by Super Eagles Striker Odion Ighalo as the Eagles flew convincingly over the Mediterranean Knights of Libya with a 4-0 victory at the Godswill Akpabio Stadium in Uyo. Libya’s preparations had been hampered after the sudden departure of their coach Adel Amrouche just days before the qualifier and Nigeria who failed to qualify for the last two Nations Cups in 2015 and 2017, capitalized thereby boosting their hopes of reaching Cameroon 2019. 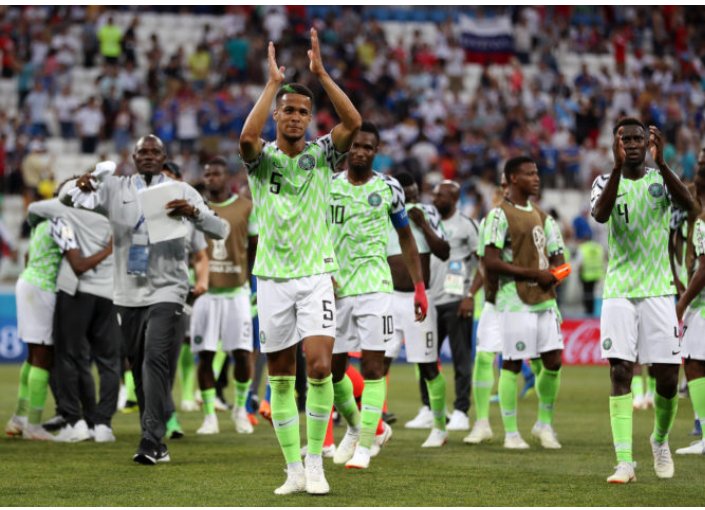 Odion Ighalo got his first hattrick for the Super Eagles after being trolled by the Nigerian football followership after his disappointing World Cup campaign during the summer while Samuel Kalu got the fourth goal in the dying minutes of the game.

In the other group game, Seychelles were thrashed 0-6 by the Bafana Bafana who have yet to concede a goal in the qualifying series, in Johannesburg. With three goals in each half – the first being an own-goal, the South Africans achieved their biggest victory. The previous widest winning margin by Bafana Bafana was 5-0 at home to Guatemala in a friendly as they prepared to host the 2010 World Cup. Three goals in a frenetic four-minute spell during the first half set South Africa on their way, starting with an own-goal from Nigel Hoareau after 23 minutes. Thulani Hlatshwayo scored again for the hosts two minutes later with Lebo Mothiba adding a third after 27 minutes.
As the rain fell, Percy Tau struck after 74 minutes to make it 4-0 and China-based forward Dino Ndlovu justified his selection with a goal on 81 minutes.
Teboho Mokoena scored in injury time to give South Africa an emphatic victory over Seychelles who are bottom of the group, still looking for their first points. 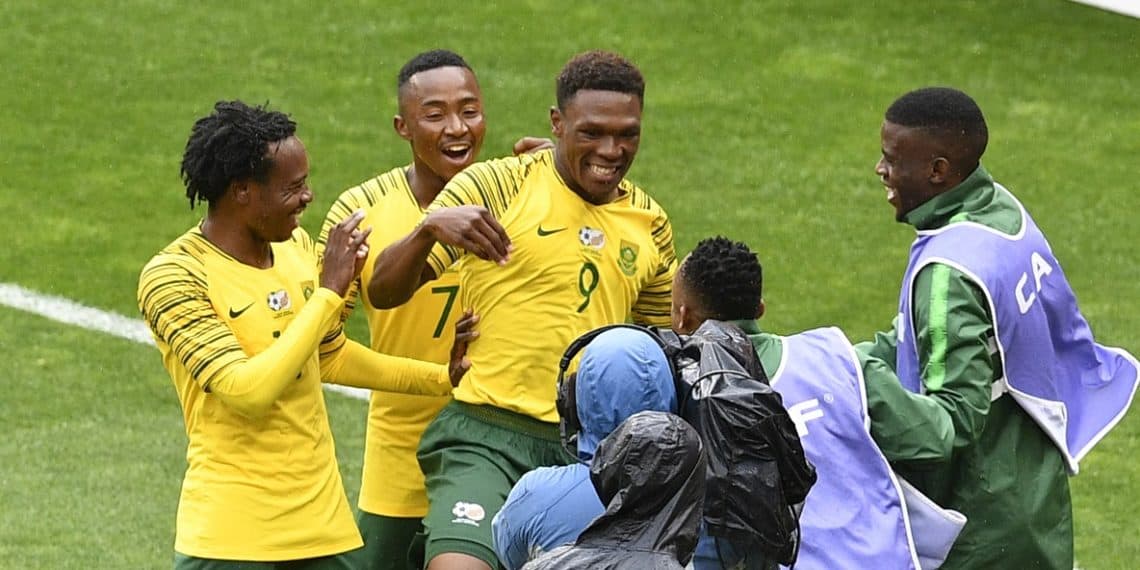 Seychelles lost by three goals to the Super Eagles and have yet to win a game in this competition. The result moves Nigeria up to second in Group E on 6 points, a point behind leaders South Africa who have 7. In Kampala, Uganda kept up their push for a place at the 2019 Nations Cup finals in Cameroon with a 3-0 win over Lesotho in Group L.
Two goals from Emmanuel Okwi plus a Farouk Miya penalty gave the Cranes a victory which puts them top of the standings on seven points, three points clear of Cape Verde who beat Tanzania 3-0 on Friday.
Group K is now the tightest of all the groups after Namibia’s last-gasp 2-1 victory away to Mozambique. Mexer put Mozambique ahead in the first half with Namibia equalising through Petrus Shitembi after 69 minutes.

With the match heading for a draw, Deon Hotto struck a dramatic winner for Namibia in the 90th minute to secure the visitors the win.
The result means that all four teams in the group, which also includes Zambia and Guinea-Bissau, are on four points from three games.
The twelve group winners and runners-up will secure places at the finals except in Group B, where next year’s hosts Cameroon and the highest placed of the other three teams will qualify.