There is a major protest currently rocking the streets of Enugu as Priests of the Catholic Diocese of Enugu have taken to the streets to register their displeasure over the gruesome murder of Late Rev. Fr. Paul Offu, one of their own. They are said to be marching to the Government house. 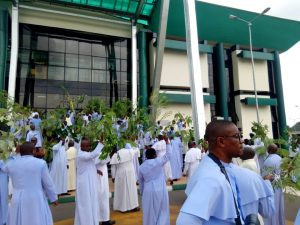 The late Rev. was killed on Thursday night, August 1st in an attack by yet-to-be-identified men along the Ihe-Agbudu Road in Agwu.

Fr. Offu, was until his death, the parish priest of St. James the Greater Parish in Ugbawka.

Linda Ikeji’s Blog reports that the priests who are on a protest are demanding that the killers of the slain Offu should be immediately arrested. 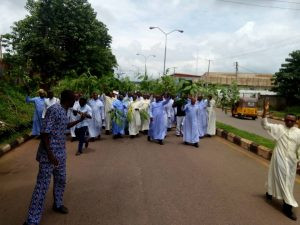 The Catholic Diocese of Enugu, on its Facebook page, announced that Offu was shot dead on Thursday by suspected herdsmen.