A picture of what, from the first glance, looks to be a kiss on the lips between Pope Francis and Grand Imam Sheikh Ahmed Al Tayeb has caused a stir online – but the act was more of a peck on the cheek than a full-blown smooch. 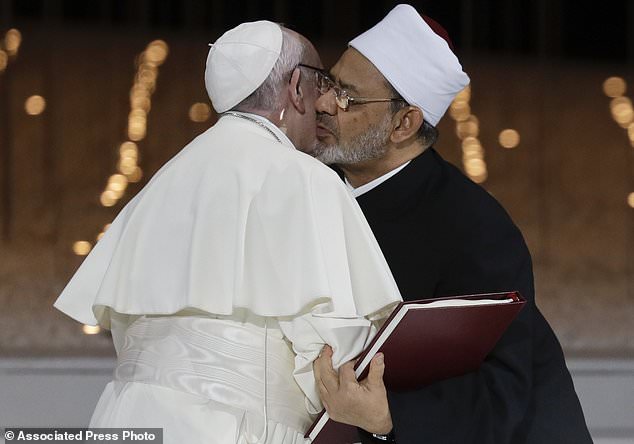 At an inter-religious meeting in Abu Dhabi, in the United Arab Emirates, the two religious leaders celebrated the signing of a document on fighting extremism together with an embrace – and a kiss.

Many observers, seeing a picture of the event published by Reuters, believed the moment was just a tad too intimate, with the Pope and the Imam all but locking lips in front of onlookers. 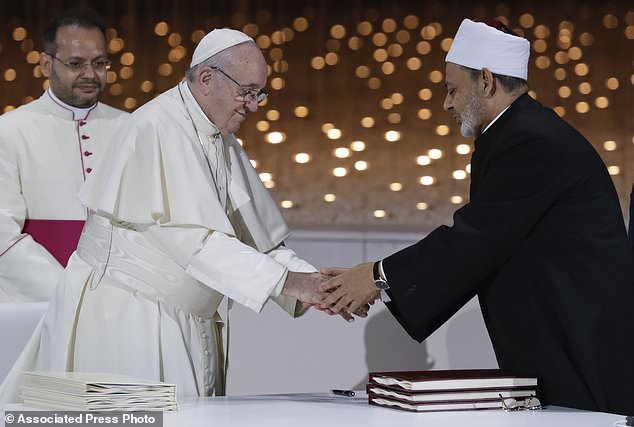 Social media users snickered, suggested the two “get a room” and mocked the image in light of both religions’ scriptures concerning homosexuality, as well as the UAE’s strictness on public displays of affection.

I would love to be in the room as @VP Mike Pence finds out about this!

Get a room, dudes

Is it a bad choice of the photo or it is in purpose? pic.twitter.com/9gQDPX1gNp

This is 2019, the world is evolving rapidly, so does the way religious leaders greet each other’s. Back off let them have their moment.????

So the Pope can kiss men, but the rest of us can’t? ? https://t.co/QphxPeJvOh

However, as other images from the event reveal, the initial Reuters picture was likely just a matter of getting caught at an inopportune moment. The two would, moments later, transition into a more prim cheek-rub.