Gunshots As Security Operatives Shoot At Lekki Protesters, US Embassy Shuts Down Consulate…MORE

Security operatives have invaded the Lekki toll gate where thousands of protesters have been demonstrating against police brutality for the past 13 days.

A Lekki resident told TheCable that she started hearing gunshots around 7pm.

The protesters have refused to leave the toll gate despite the 24-hour curfew imposed by the state government. The shooting led to the dispersal of the protesters, who had remained at the Plaza, hours after the curfew went into force.

It has not yet been confirmed if anyone had died during the shooting.

US Embassy Shuts Down Lagos Consulate

THE United States Government, Tuesday said it is shutting down it’s embassy in Lagos State for two days owing to the ongoing nationwide protest in the country.

It also warned it’s citizens in Nigeria to be wary of the protest in the country by being vigilante and avoid areas affected by the ongoing protests.

Though the US Mission Nigeria in the statement posted on its twitter handle, @USinNigeria failed shed light on its position on the protest, it stated that it will be shutting down the US Consulate in Lagos for two days starting from Tuesday. 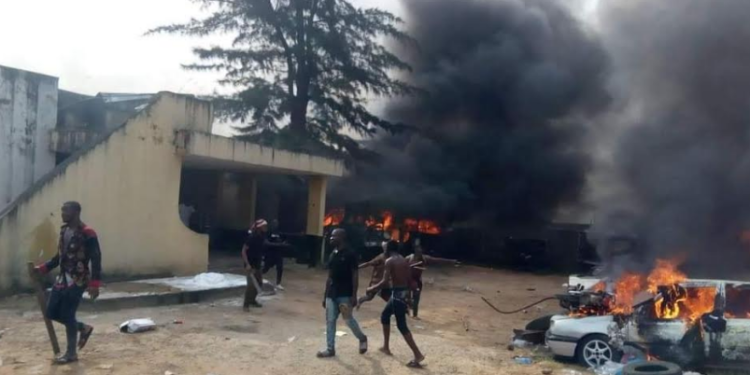 A policeman reportedly died on Tuesday when a mob burnt a police station along Umuoba road axis of Ogbor Hill in Aba.

It was gathered the station was razed when a policeman fired shot at one of the #ENDSARS protesters, who had refused to disperse as ordered.

In the ensuing pandemonium, the policeman was killed while no fewer than 15 protesters were said to have sustained injuries from gunshots

The #EndSars Movement has condemned the killings and murder of its members and other innocent Nigerians across the country.

The movement in a statement on Tuesday said its agenda was not to overthrow the government but to deepen democratic culture that ought to derive its powers from the wish of the people and to draw government’s attention to the horrendous crimes committed daily against Nigerians.

It said it was compelled to speak out in the face of a conscious plot to demonise the group through violence, jail break and killings introduced by the enemies of the protests. 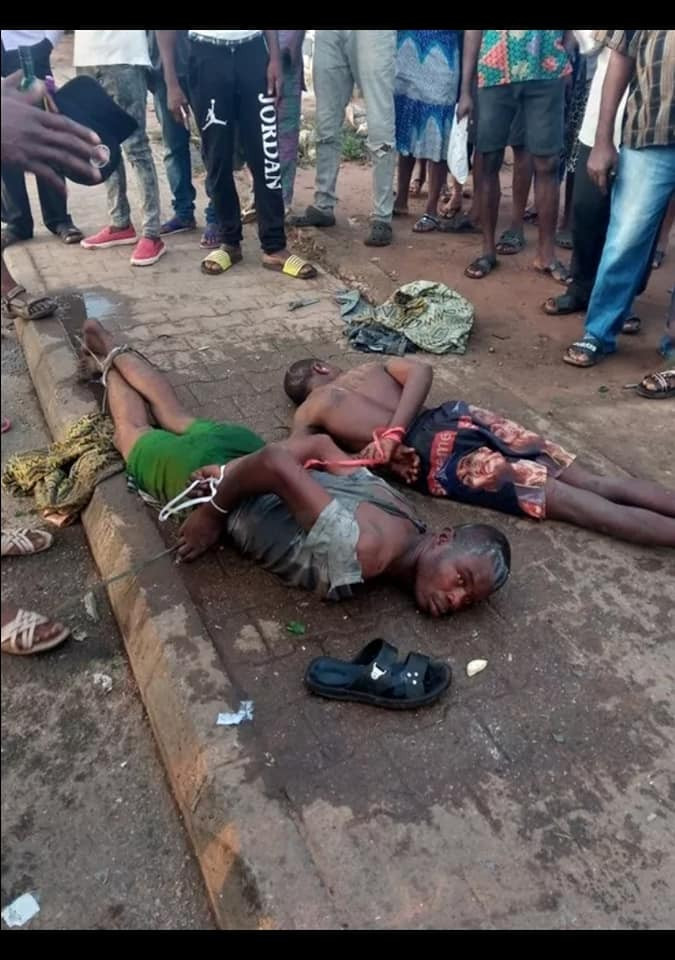 Two hoodlums were caught by vigilante while trying to break into people’s shops during curfew in Benin City, Edo State.

The incident happened at Adolor area, opposite UBTH on Tuesday afternoon, October 20.

It was gathered that members of the community vigilante group spotted the 4-man gang seen trying to burgle some shops in the area. They caught two while the other two managed to escape. 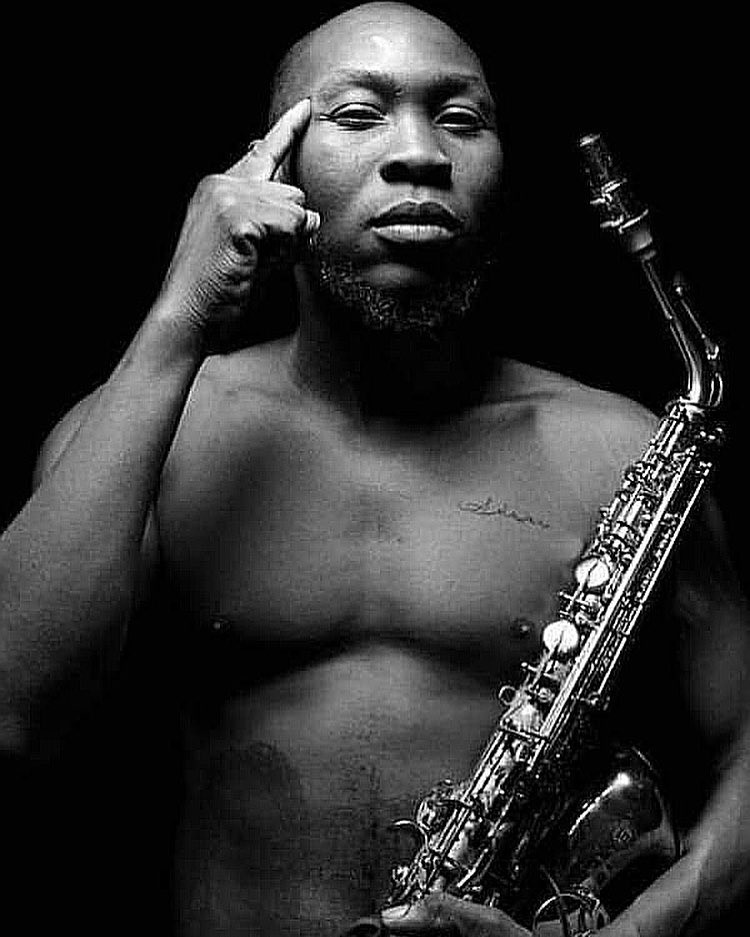 Nigerian singer, Seun Kuti has stated that the youths in the country will mobilize and chase the two leading political parties, All Progressives Congress (APC) and Peoples Democratic Party (PDP) out of government in the 2023 general elections.

Reacting to the unrest in the country, Seun, who is one of the sons of Fela Anikulapo-Kuti, wrote in a tweet:

Actress Ada Ameh Mourns As She Loses Her Daughter 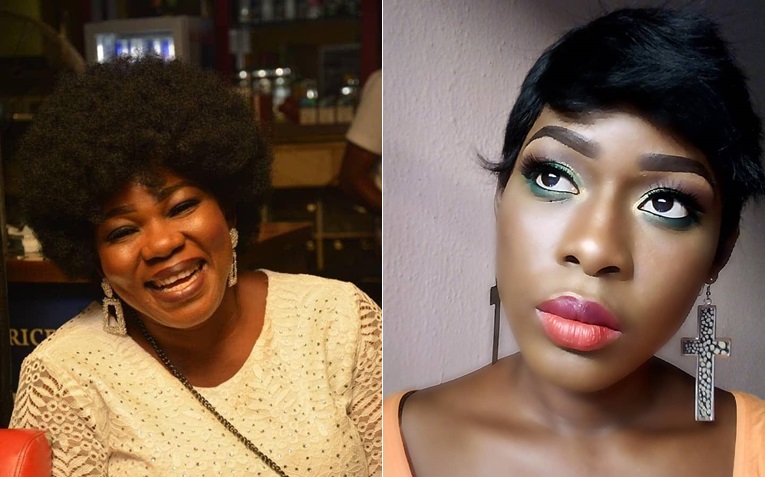 Veteran Nollywood Actress, Ada Ameh is currently in mourning following the loss of her daughter Aladi Godgifts Ameh to the cold hands of death.

‘The Johnsons’ star broke the sad news via an Instagram post she shared. Ameh revealed that her daughter died in the early hours of today October 20.

Ozil had also been cut out from the Europa League squad.

This decision means that the 31-year-old will not play for the Gunners until February and is likely to have played his final game for the club.