As the Edo State governorship election concludes, some polling unit results are already coming in, with the People’s Democratic Party (PDP), currently in the lead.

Total votes at the centre: 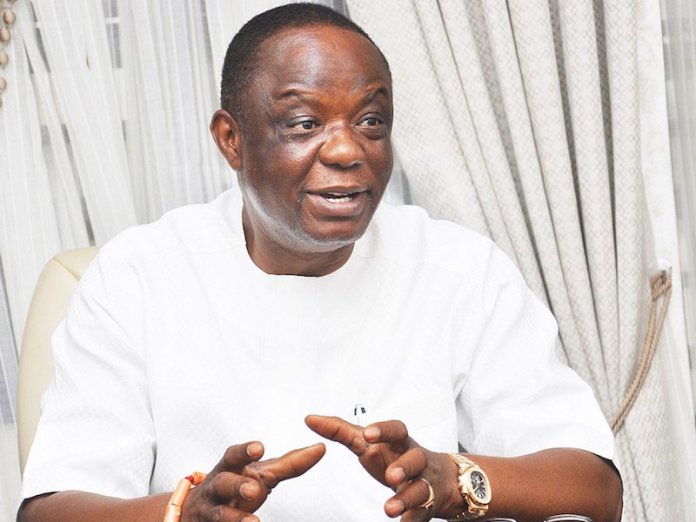 Business Mogul, Captain Hosa Okunbo, who is a strong supporter of the Edo All Progressives Congress Governorship Candidate, Pastor Osagie Ize-Iyamu, has lost in his polling unit to the Peoples Democratic Party.

Card readers not working: Nobody should be unable to vote, Oshiomhole laments

The immediate past chairman of the All progressive congress, APC, and former governor of Edo State, Comrade Adams Oshiomhole has on Saturday (today), lamented the poor functioning of some election card reader deployed for the Saturday’s (Today) Edo state governorship election in the state. Oshiomhole stated that the turn out was impressive and depicts the readiness of the people for democracy but faulted INEC’s inability to provide a working ‘machines’ for the electioneering process.

Addressing journalists, shortly after voting Oshiomhole said, “Since 1999, this is the highest turnout that I have seen. Elderly women and men turned out impressively. “The turnout showed that people have shown that they are ready for democracy. My only disappointment so far is that the machine is not working. “The INEC officials have reported but they have not brought a new machine, Oshiomhole said. “This exercise is supposed to have a closing time. If they are doing this in my ward, it means that somebody wants to remove the number of voters here. But I have told them (voters) to stay here, they have a right to vote.

“Nobody should come here and be unable to vote because of INEC’s failure.” “I cannot believe that this is an ordinary error because before bringing the machine here, you should have tested it. I pray that INEC should be able to regularise them (the machines).” So far the electioneering process has been commended by both leading political parties’ candidates and observer groups while the European centres have decried the lack of adherence to COVID-19 protocols among the electorates. recall Vanguard had earlier reported hope presiding officers warned that there will be strict adherence to COVID-19 Principles, as electorates without face mask would not be allowed to vote during the process.