Following his redeployment to the Ministry of Labour and Employment, Mr. Festus Keyamo has been seen in first official duty with his new boss, Chris Ngige. 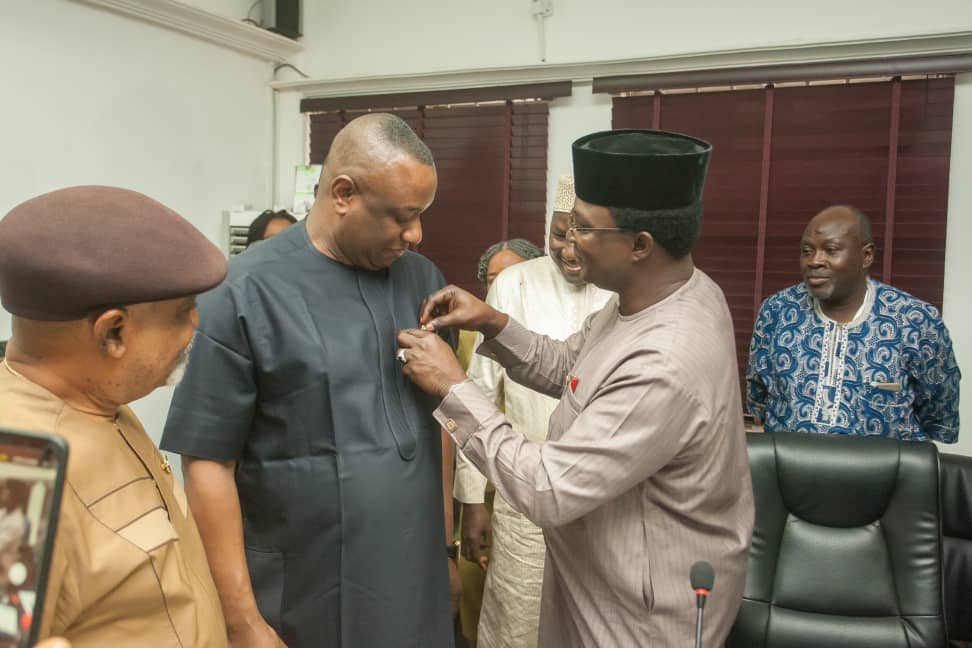 Mr. Keyamo was recently redeployed from his previous position as the minister of state for Niger Delta Affairs to the Ministry of Labour and Employment as (still) a junior minister. 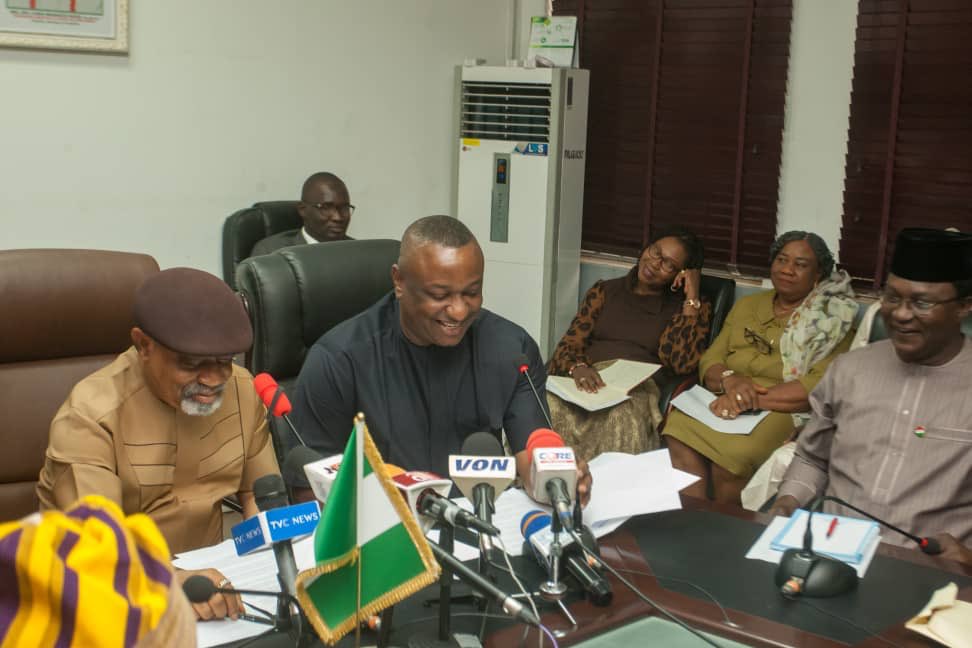 The Senior Advocate of Nigeria joined the Labour Minister, Ngige as they received in audience executive members of the Nigeria Labour congress, NLC, led by its chairman Comrade Ayuba Wabba.

The President of NLC, Comrade Ayuba Wabba, along with other executive members of Union, today paid a courtesy call on H.E, Sen. Chris Ngige & myself where issues concerning the welfare of Nigerian workers were discussed. I was also decorated with honorary membership of the Union pic.twitter.com/WdT8IY9Mfo