In just a month after his appointment as the Minister of state for Niger Delta Affairs, Festus Keyamo, SAN, has been redeployed the Ministry of Labour and Employment to sever as a junior Minister.

According to a letter to that effect from the Presidency, signed by secretary to the Government Of The Federation, Boss Mustapha, the redeployment takes effect immediately. 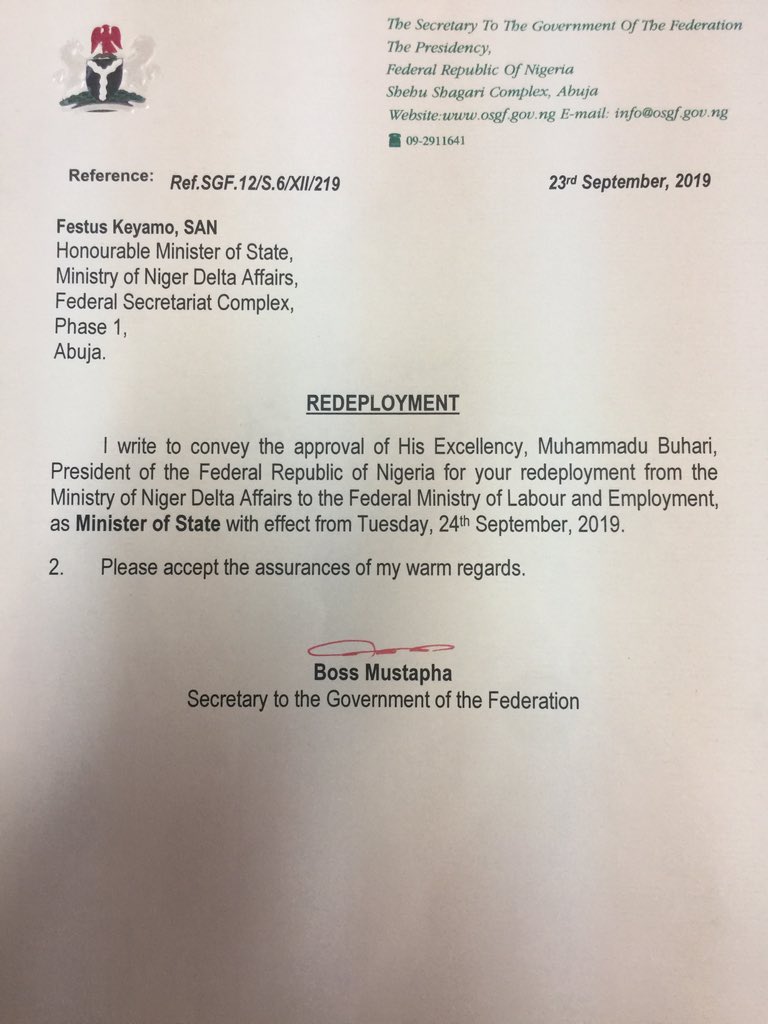 Mr Keyamo, who took to his official twitter page to announce his new portfolio, said thanked President Muhammadu Buhari for trusting him with a new task.

ON THE MOVE AGAIN: TWO PORTFOLIOS IN TWO MONTHS! Just been redeployed to the Ministry of Labour and Employment to work with my long-time big brother, H.E, Chris Ngige. Thank you, Mr. President for finding me versatile enough to move around. Always ready to serve in any capacity💪 pic.twitter.com/pEQ6lcpXSO