“Tinubu can only be president in Lagos with MC Olumo as his vice,” mixed reactions as politicians warm-up for 2023 poll

The 2023 presidential election is more than three years away, but one of the regional youth wings of the ruling All Progressive Congress (APC) are already drumming support for the National Leader of APC Asiwaju Bola Ahmed Tinubu.

The United Northern Youth and Students (UNYS) in a statement a few hours ago said they would support Tinubu if he declares his intention for 2023 presidential election. 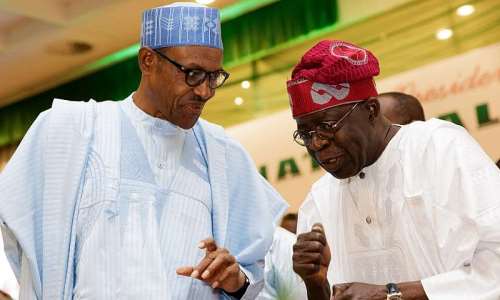 Hundreds of Nigerians who are talking about Tinubu’s calculation and his 2023 presidential ambition described him as a joke.

The Kaduna State governor Mallam Nasir El-Rufai has also been mentioned as one of the possible APC presidential aspirants in 2023 poll.

A Twitter user claimed the APC national leader can not rule Nigeria in his tweet, “20 years of systematic rape and pillaging by Yekini Amoda Hammed Sangodele Ogunlere and his gang He wants to be President. His deceiving himself he will be president in Lagos with MC Olumo the Notorious Thugs Kill joy as his Deputy Tinubu ko, Tununbu ni! Awọn olosha dede!” @tina_tinny99 tweeted.

Musiliu Akinsanya aka MC Oluomo is a popular Leader of Nigerian Union of Road Transport Workers (NURTW) in Lagos. He has been described as one of the “boys” loyal to the APC leader.

So Tinubu is trending cos of 2023 elections 🙆 More dan 3yrs ahead… The current state of d country doesn't even matter 2 some pple 😱 pic.twitter.com/RATUwvIqBF

Another Twitter user @SmithVinci said he would choose not to be in Nigeria by 2023 if Tinubu becomes the president.

In July 2019, two billboards with the inscription ‘BAT 2023’ and a popular photograph of the APC national leader was found on a building a few meters away from the Lagos State Government Secretariat in Alausa, Ikeja.

Tinubu is the former governor of Lagos State from 1999 to 2007 and one of the strongest members of APC  that worked for the Buhari/Osinbajo second term election. 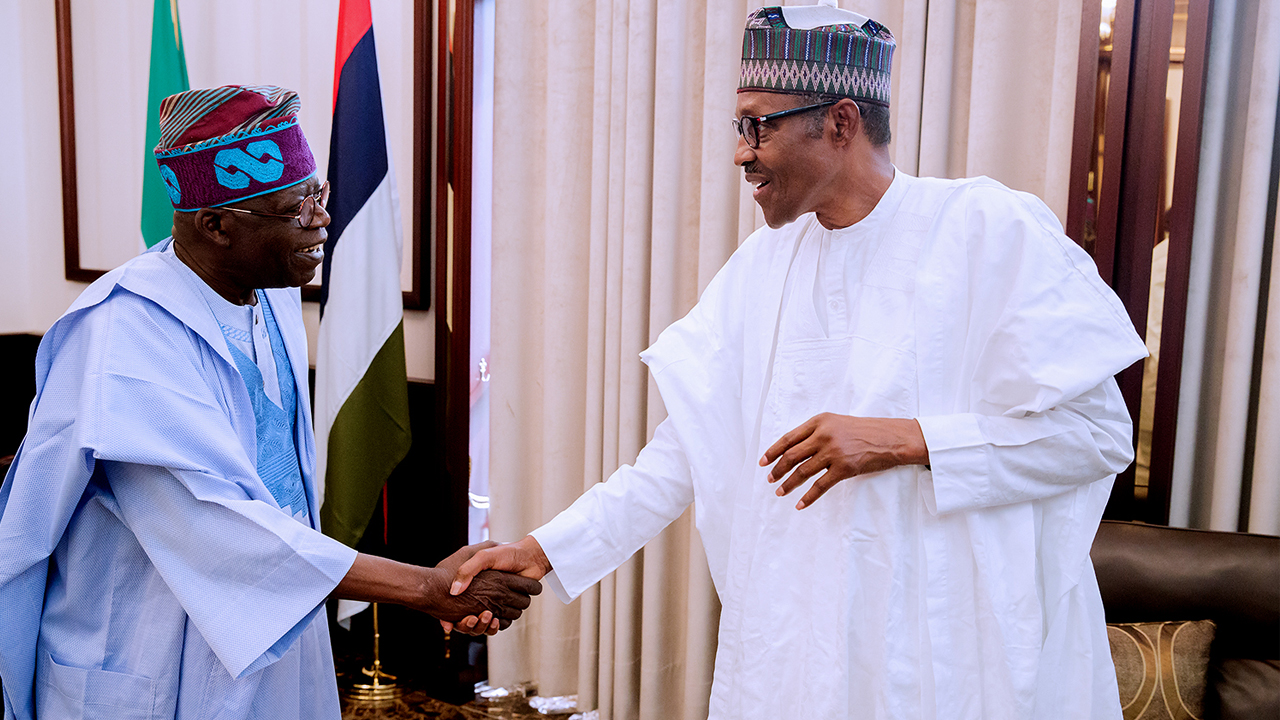 Political observer claimed that he single-handedly picked Prof Yemi Osinbajo as Muhammadu Buhari’s running mate in 2014 ahead of 2015 presidential poll. An opposition defeated the ruling party at the time for the first time Nigeria returned to democratic rule.

Osinbajo, the incumbent Vice President, was his Commissioner for Justice during his reigns as Lagos No. 1 man.

Recalled that a former Senate President Bukola Saraki revealed in 2018 that Tinubu was supporting President Muhammadu Buhari’s re-election with the hope that Buhari would, in turn, support him in 2023.

Apart from the BAT2023 billboard, there were caps, T-shirts, and leaflets with Bola Tinubu 2023 embossed on them. A group loyal to the former Lagos governor Asiwaju “Reloaded Ambassadors” was said to be behind the campaign.

But Tinubu’s spokesman Tunde Rahman had said, “Neither the group nor its souvenirs are known to Asiwaju Bola Tinubu. We hereby, through this medium, categorically deny any knowledge of the group and dissociate Asiwaju Tinubu from the group’s unsolicited and unwarranted materials.”

Before the inauguration of the 9th National Assembly, there were speculations that Tinubu was supporting Femi Gbajabiamila for House Speaker and Ahmed Lawan for Senate President for him to have a smooth run in the 2023 presidential election, which his media aide described it as, “senseless”.

See below what Nigerians are saying about Tinubu’s chances in 2023 presidential election if he decides to run for the No. 1 position.

Haha I mean a young former bbnaija housemate endorsed Tinubu's candidacy in 2023, if he wasn't after some appointment or political career you think a sane revolutionary mind would tweet that?

Haha my time in this shithole is limited sha. To your tenth oh Israel

People are surprised that Tinubu is going to be running for presidency? Really?? Local men like us ain’t surprised at all. We already know the kind of country we are in… nothing goes for nothing. Something’s gotta give! You don hear Tinubu complain about the present regime???

Westerners stand up to their corrupt politicians?

Why do you think the Southwest has been the one producing the likes of Tinubu and Adedibu?

Because they love to hand over power to a single individual so as to follow like a sheep.

If Tinubu is aspiring to become #Nigeria President, it's within his constitutional right for him to contest. It's now left for the citizens to vote for him or get him rejected rather than various attacks at his person always. People should leave the man alone.

Northern Youths and Tinubu have started talking about 2023 presidency in 2019. More than 3 years ahead because that's what is important to them and not the unbearable state of the country.
Unfortunately 2023 sense is not 2019 sense. 😊

I don't still understand why people from certain part of the country always attacked Tinubu as if he's the reasons their states is underdeveloped, this man isn't your governor, kindly leave him alone.
Am not a fan of Tinubu, but continuous attacks on him is uncalled for.

we Yoruba don't disrespect our elders like you people, so don't bring your mess come here, sort it alone,we can't do such for tinubu even though local man na bad man tho https://t.co/TIbRnJT2bo

Only for the wise one. People like Tinubu empower our youth with Guns , Cutlass and also "Empower" (insult) our Traders with 10k trader Moni in conjunction with Osibanjo.

But thier children are graduating abroad and starting their multi million biz.

What are your thoughts about Tinubu’s 2023 presidency? Join the conversation.

One thought on ““Tinubu can only be president in Lagos with MC Olumo as his vice,” mixed reactions as politicians warm-up for 2023 poll”