Nigeria’s Vice President Prof. Yemi Osinbajo has tweeted for the first after a failed attempt to hack into his Twitter account @ProfOsinbajo.

Senior Special Assistant to the VP on Media and Publicity Mr Laolu Akande had announced on August 10 that there were failed external attempts to gain unauthorized access to the VP’s Twitter account, assuring that his boss’ Twitter account would be restored and secured to prevent further reoccurrence.

In a Sallah message to Nigerian Muslims and others around the World, the Vice President said, “Barka Da Sallah to all our Muslim compatriots. As the commemoration of this important festival-Eid Al-Adha- goes on, we are reminded of the virtues of unity that underpin our nation, even as we share in the joy and the fellowship of the celebrations.

“Our prayer is that in this nation, peace will reign and together Nigeria will prosper and progress in our time.”

At the time of this report, @ProfOsinbajo had three tweets: two tweets and one retweet.

His followers have also been restored but it was unverified at 18:49 August 11, 2019. It was verified before the incident of the attempted hack. 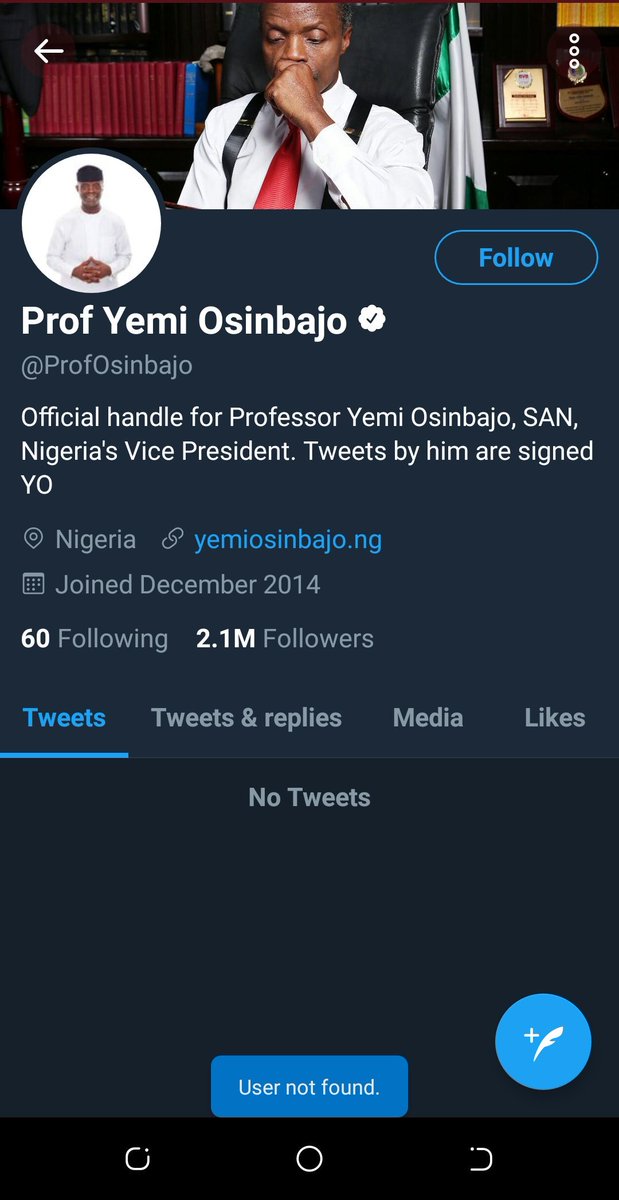 Prof Osinbajo has been very active on the micro-blogging platform to publicise his activities since he was named as the running mate to Muhammadu Buhari in late 2014.

@ProfOsinbajo has amassed at least 2.1 million followers at the time of this report, but its history of 2,399 tweets had disappeared.