#FreeZakzaky protest back in Abuja Streets after court order

Members of the Islamic Movement of Nigeria popularly called Shiite group have again taken to the streets of Abuja demanding the immediate release of their leader Sheik Ibrahim El-Zakzaky for medical treatment in India.

Justice Darius Khobo of Kaduna State High Court, on Monday, August 5, 2019, granted leader of the IMN leader leave to seek for medical attention in New Delhi, India, he was to travel in the company of state officials, but Zakzaky remains in the custody. 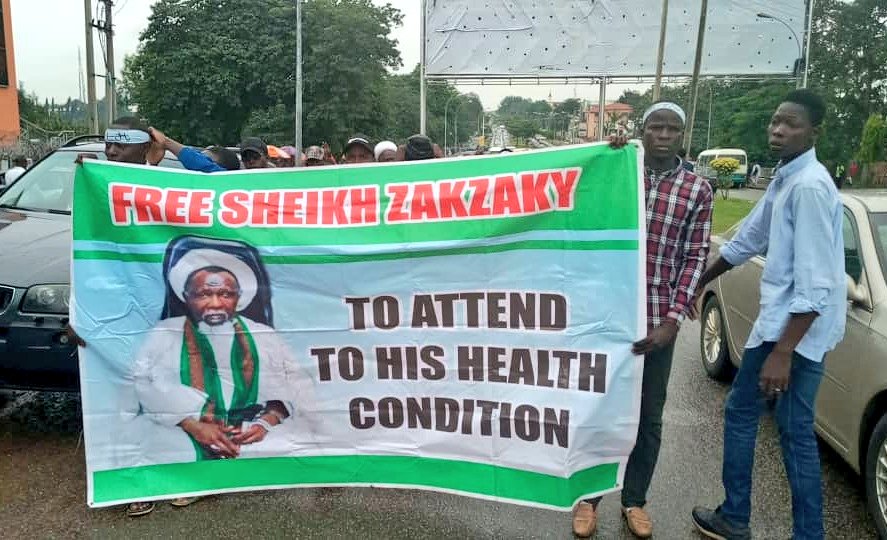 “#FreeZakzaky protest is back in Abuja Streets; the protest is staged at Wuse area of FCT Abuja. The protesters are demanding for the immediate and unconditional release of the ailing Sheikh Zakzaky,” Sayyid Zakzaky Office tweeted.

The IMN leader and his wife Zeenat had applied to the court seeking to travel, following poor health while in detention. 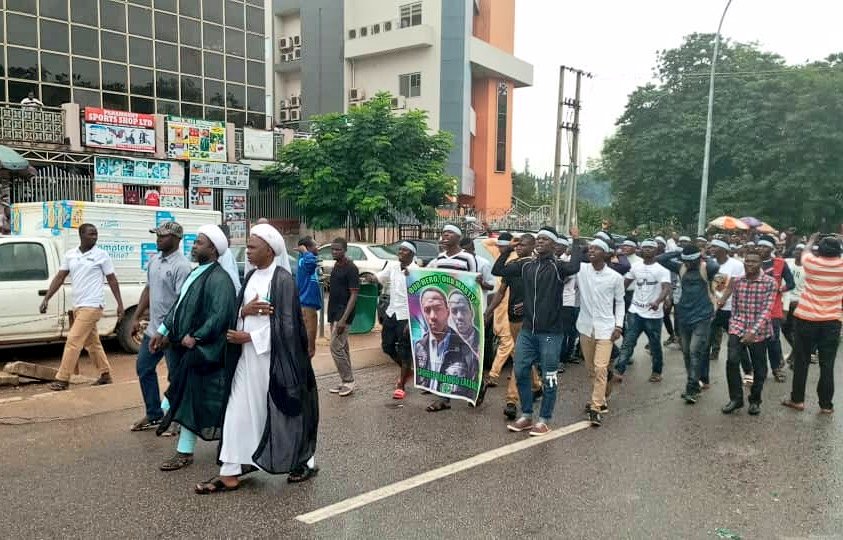 Kaduna State Director of Public Prosecution, Mr Dari Bayero who briefed newsmen after the ruling said, “The court looked through the medical reports filed and believed Mallam is indeed in dire need of medical attention. 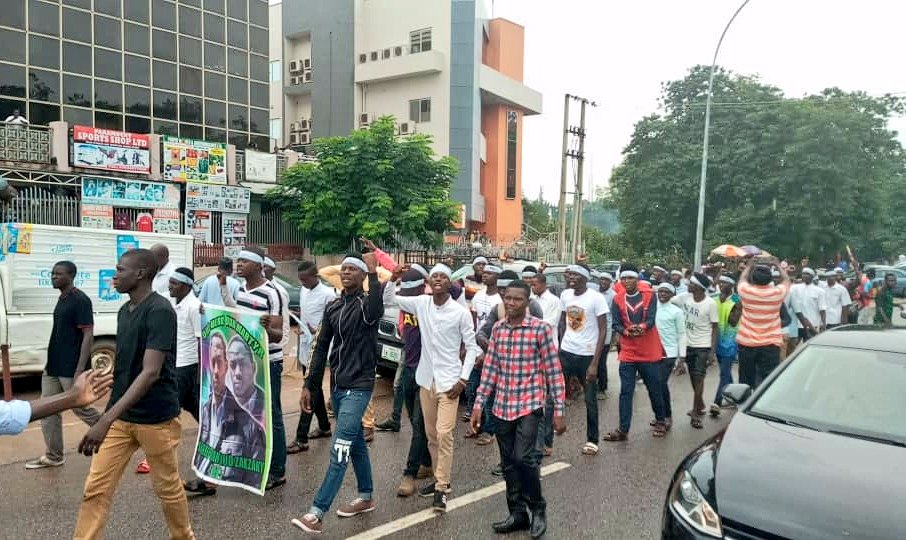 He clarified that the ruling was not a bail “but a leave to travel. So as soon as his discharge from the hospital and he returns to the country, his trial will resume.”

Mr Marshal Abubakar, counsel to El-Zakzaky who reacted on the fragile health status of the Shiite leader said there were eight medical reports that clearly “show the applicants are in dire need of medical treatment abroad.” 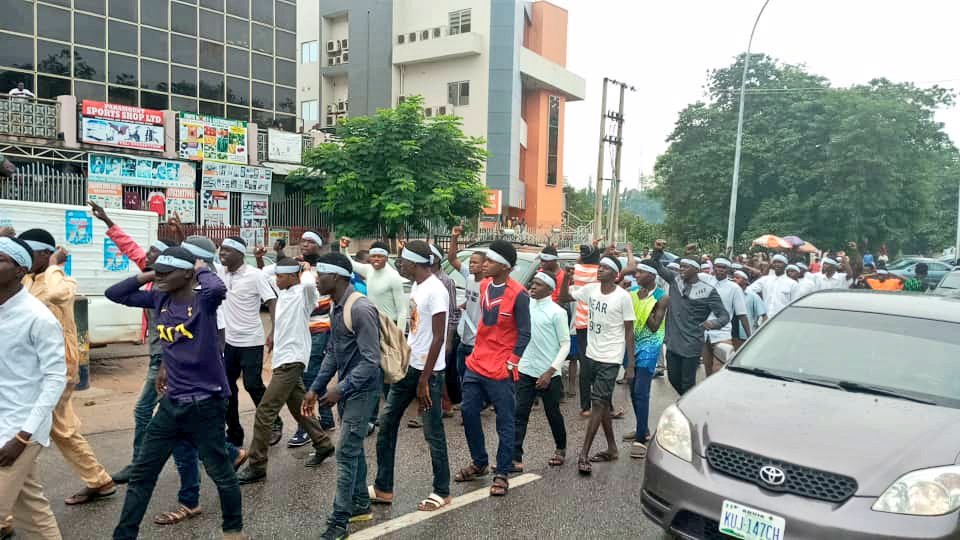 The members of the group vowed to continue with their protest until the government obeys court order by releasing their leader and his wife.