Following his confirmation by the 9th senate of the federal republic f Nigeria, President Muhammadu Buhari has sworn in Justice Ibrahim Tanko Muhammad as the substantive chief Justice of the federation. 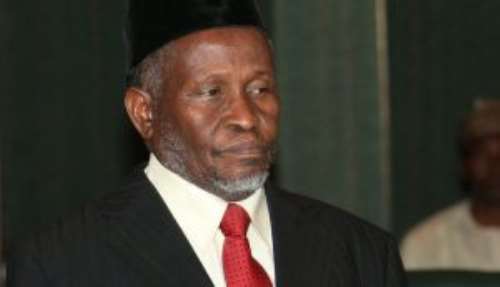 The swearing in took place today, 24 July 2019 at the state house Abuja.

The senate had seven days ago confirmed his nomination sent by the president after he underwent screening on the floor of the upper chamber. Justice Muhammad, born on 31 December 1953 is also the Justice of the supreme court of Nigeria.

The president faced criticism during the time of his appoint after he was accused of not allowing Justice Onnoghen fair hearing before the sack.

CJN Onnoghen later resigned and has since been retired, making way officially for a new substantive Chief Justice.