Insecurity: Osinbajo To Yoruba Monarchs, “We Will Recruit Police Officers From Your Communities”

The presidency has disclosed the outcome of the security meeting between Vice President Yemi Osinbajo and some Traditional Rulers of Yoruba land. 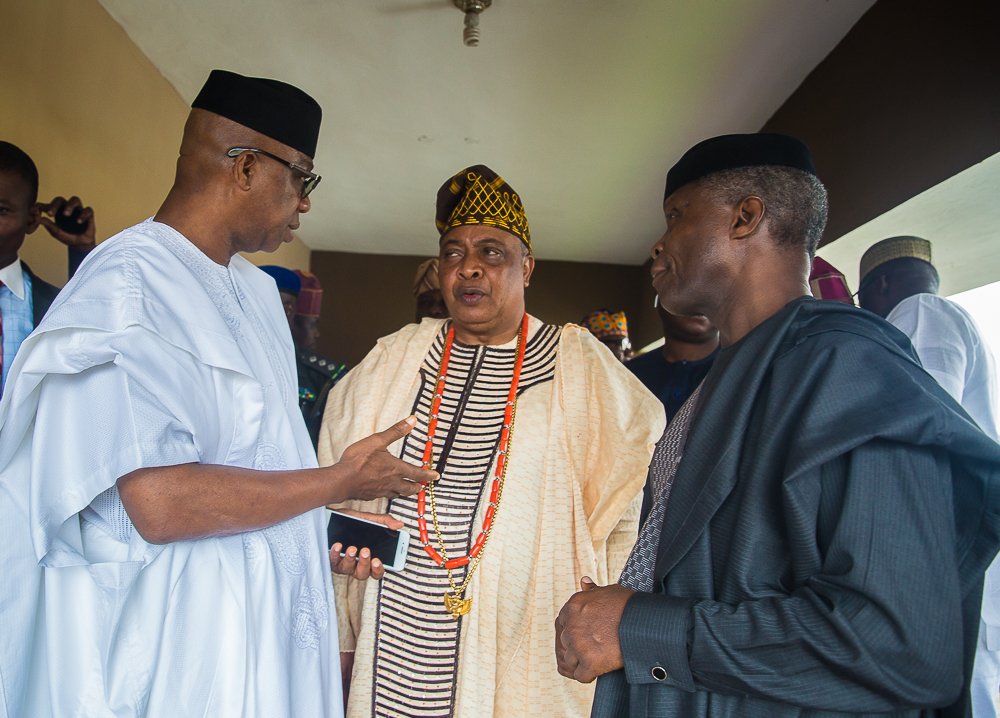 There have been growing security concerns in the region – which culminated in the killing of  Mrs. Funke olakunrin, daughter of Afenifere leader, Pa Reuben Fasoranti, by suspected herdsmen.

The Vice President, who is also of the region, had announced he was meeting with these monarchs on behalf of the president.

After Tuesday’s meeting in Osogbo, Osun State with the Ooni of Ife, His Imperial Majesty Oba Adeyeye Ogunwusi; Owa Obokun of Ijesaland, Oba Adekunle Aromolaran; and several leading traditional rulers in the State, a resolution was reached. 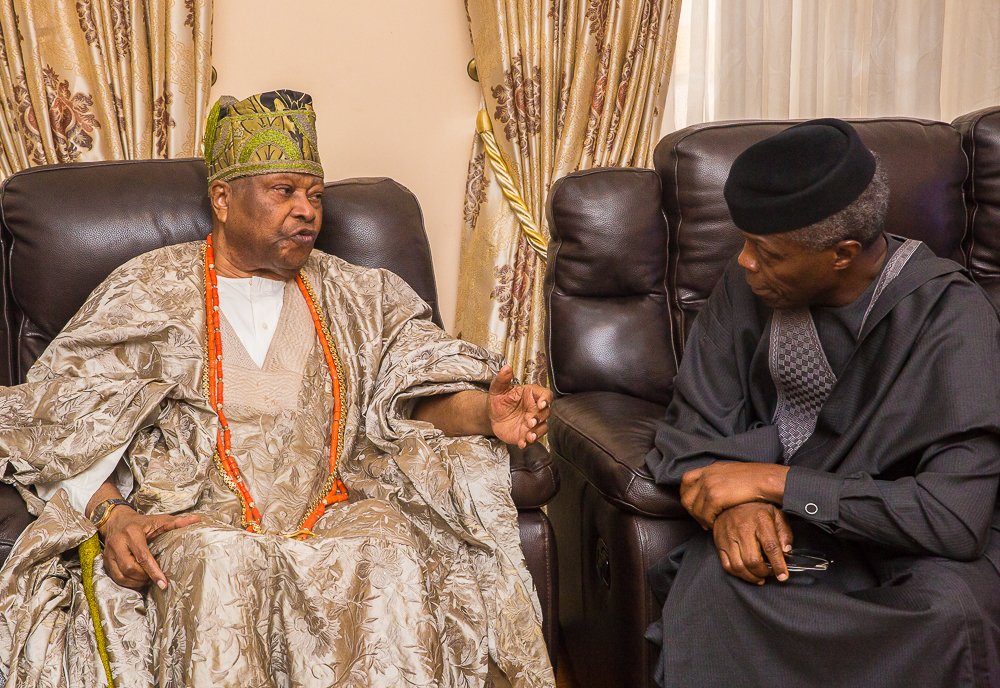 Disclosing the outcome of the meeting to the general public, the VP said part of meeting highlighted the importance of community policing as a major aspect of improving the security architecture in States.

The VP aslo assured Nigerians that the administration of Muhammadu Buhari has set up measures to effectively tackle security challenges nationwide, including the recent Shi’ites protest in Abuja, emphasizing that President Buhari puts a premium on the lives & security of all Nigerians.

“I’m very confident that given a lot of what has been done already, and what the IG himself intends to put in place, we’ll be able to contain most of the security challenges without much problems.” He said

The Vice President was accompanied by the Deputy Governor of Osun State, Gboyega Alabi, who hosted the meeting at the Government House, Osogbo. Other security chiefs, including from the police and the military were also in attendance.