Thursday, July 11 2019, was a sad day for Jaafaru Aliyu Abubakar, one of the nominees who was shortlisted to serve in the cabinet of Nasir El-Rufai, the Governor of Kaduna State.

According to THE CABLE, as other nominees were being cleared for their respective posts, the speaker of the Kaduna State House of Assembly, Aminu Shagali, questioned the nominee on why he wanted to serve with a government whose policies he had been critricising constantly.

Abubakar was said to have criticised some of the policies of the Kaduna State Governor.

Shigali said, “You criticized the same administration that is about to employ you now in one of your posts on Facebook. You said there’s nothing good about the education policy and attacked the governor,” he said.

“The governor still chose you based on your merits, your CV was chosen among about 10 CVs presented to the governor, do you think it’s honourable to accept this nomination? To work for an administration whom you think is a bad one?”

The speaker had pointed out that since 2017, Abubakar has been a constant critic of el-Rufai’s education policy which Shagali claims, is one of the best.

“In your Facebook account, you said there is nothing like making Kaduna state great again, it is a deceptive cliche used by politicians to deceive the masses, we will make Kaduna great at appropriate time,” the speaker said.

“You said you are an advocate of change that goes to the root and cause (of a problem) not only the symptoms.

“You also said in the same post: stop comparing me with el-Rufai who thinks he is more intelligent than intelligence itself. You however said you are a humble human being that believes that all that glitters is not gold there is nothing authoritarian in insisting on the truth and never speak truth.

“You also said that you detest insincerity as there are better ways of genuinely solving problems.” 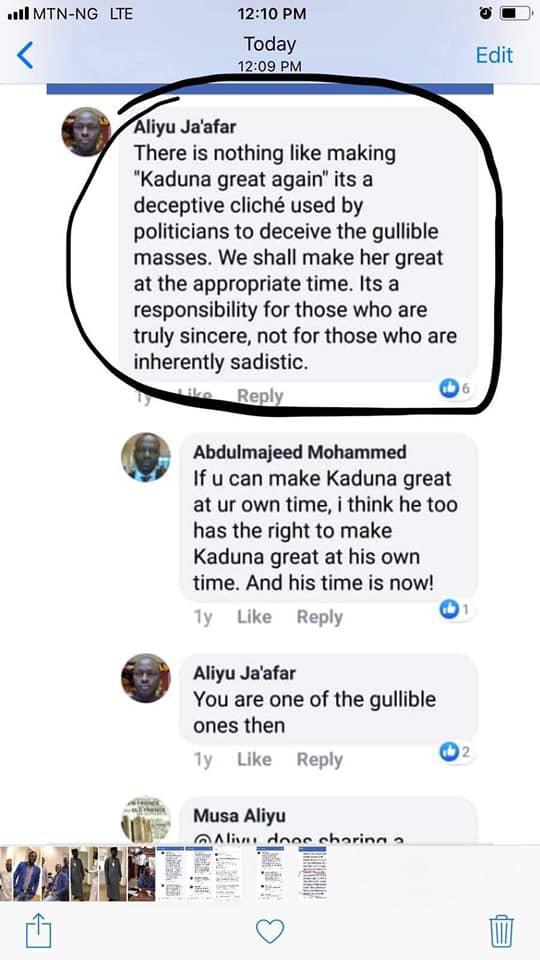 Abubakar was left speechless as the questions were thrown at him. He was reportedly also not given enough time to put up a defence.

During an interview with journalists almost immediately after the plenary session, Tanimu Musa, the chairman of the house committee on media and public affairs, said that the nomination of Abubakar was rejected because he had often criticised the administration of Governor El-Rufai. 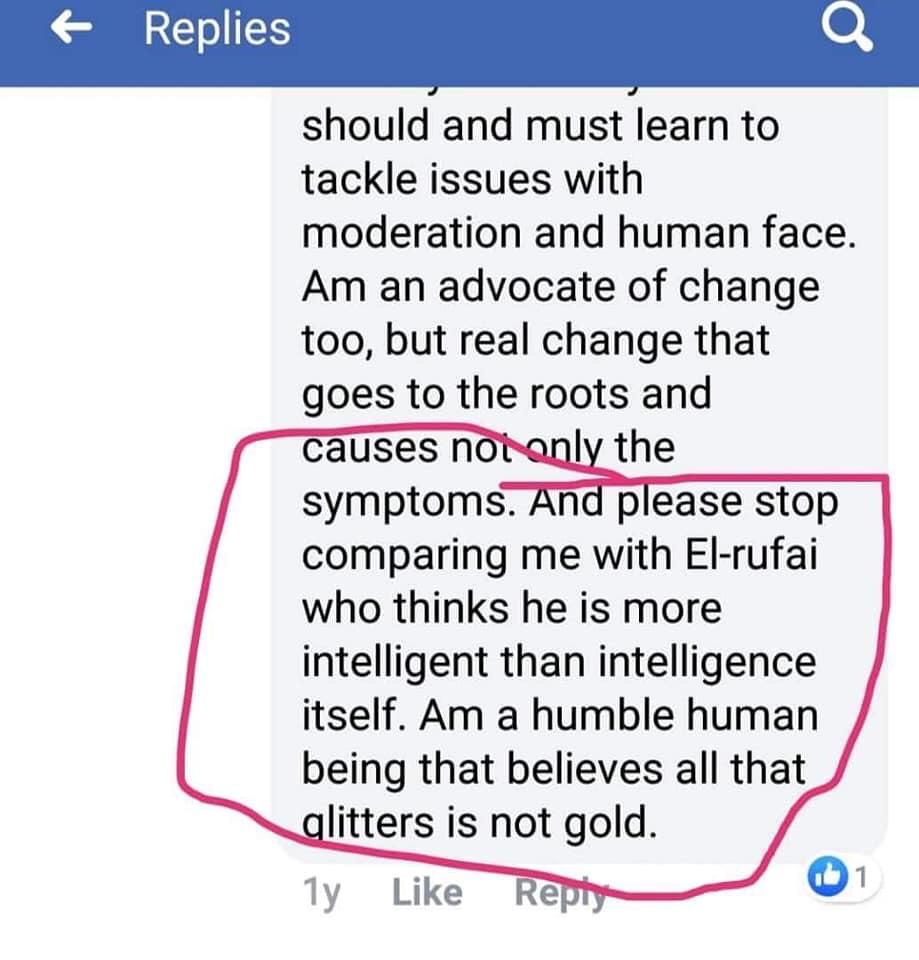 “The evil that men do lives even after them, Jaafaru has been a critic of this administration on social media.