Meet Nigeria’s Military Rulers (Pt 1): The Clueless, The Warlord, The Hotheaded, The Shrewd One

It has been said that when the head is good, the other parts of the body will work perfectly.

This is a pointer to the fact that the choice of the leader of a country at any point in time is very critical to the growth and survival of that country.

One of the most powerful countries in Africa, Nigeria has produced a host of characters that have served as leaders in the country. It has been a blend of military and civil rule with each system of governance having its own upside and downside.

Each leader have played their part and moved on. Some are alive, others have moved on to the great beyond, but the country continues to bear the consequences of their actions, good or bad.

On October 1st 2019, the country will mark its 59th year as an independent nation, free from the control of Great Britain. Almost half of this 59 year period have seen the military calling the shots in the affairs of the country at different points in time.

Thus, one would need no soothsayer to understand that the different Military Heads of States have overtime, affected the structure and functional ability of the country as we know it to be today.

In this piece which is the first in a two part series, we will go down memory lane to examine the personalities of Nigerian Military Heads of State from Major General Johnson Aguiyi-Ironsi in 1966 till the period of General Olusegun Obasanjo in 1979, and how their actions may have shaped the country to be what it now is.

Major General Johnson Aguiyi-Ironsi became Head of State on the 16th of January 1966, after he was successful in foiling a coup led by Major Kaduna Nzeogwu and other junior military officers.

Aguiyi Ironsi who was billed to be killed in the coup by the dissenters somehow managed to escape, took control of Lagos, the Federal Capital Territory and mustered up Federal forces to quell the coup.

However, Ironsi seemed to be have been blinded by his successes as he failed to notice that his successors were lurking in the shadows, waiting in the wings, for the perfect opportunity to snatch power from him.

Now, a group of young junior Military officers of Northern Extract were angry that the Kaduna Nzeogwu led coup resulted in the death of many Northern political leaders and South Western political figures, including the Prime Minister Alh. Tafawa Balewa. Somehow though, the President, Nnamdi Azikiwe and Major General Aguiyi-Ironsi who was the leader of the Military were not killed in the coup and they were from the Igbo extract, same as the coup plotters.

Then came Decree Number 34 issued by Ironsi, which had proposed that the federal system of government should be abolished in favor of a unitary state. The North were not in support of the move and probably, interpreted it wrongly as an attempt by the Igbo to take over control of every aspect of the Government.

This made the young Northern officers to proceed on a plot to stage a counter coup against Ironsi which turned out to be successful. Thus, on the 29th of July 1966, Ironsi was murdered by the mutinous soldiers in Ibadan. He was arguably the most powerful man in Africa at the time but Aguiyi-Ironsi with all his experience in the Military died in a coup that was plotted right under his nose, he had no clue whatsoever until he was shot to death.

The smooth operator from Plateau state, was appointed to succeed Ironsi after the coup. Under his watch however, thousands of South Easterners were killed by Northern soldiers who were still smarting from the Kaduna Nzeogwu led coup which had seen many of their political leaders murdered. 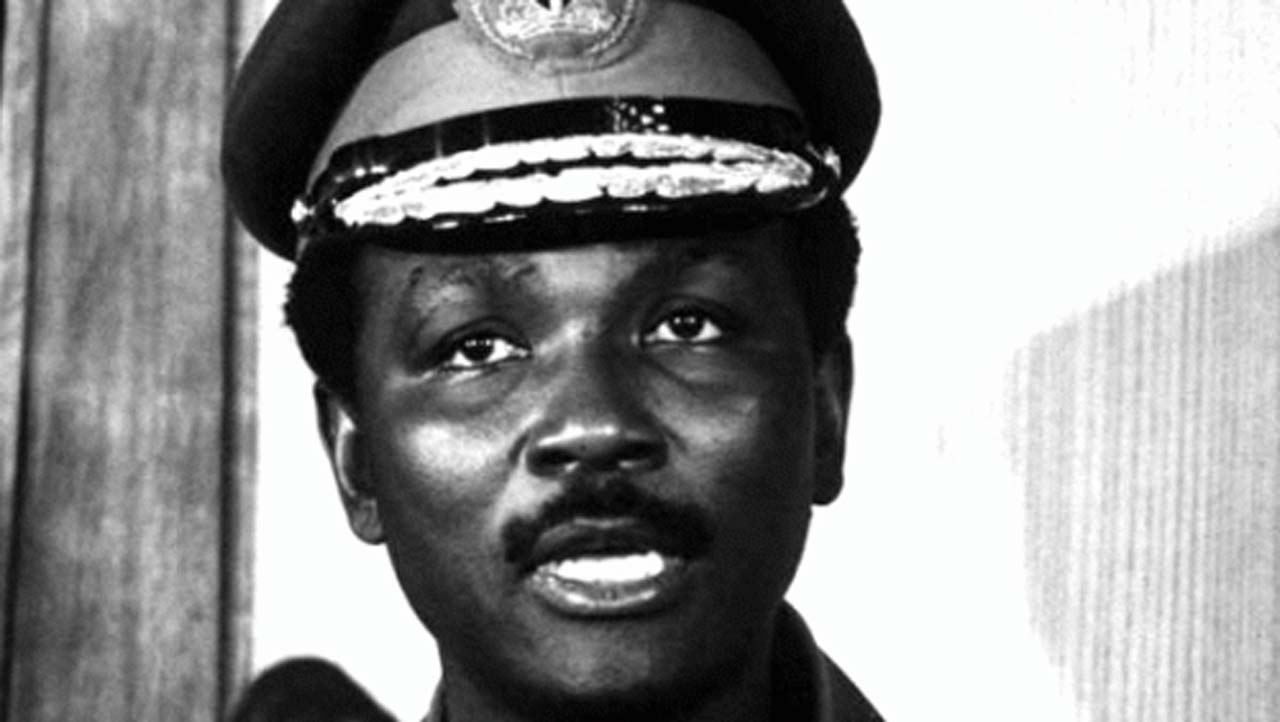 This had led Col. Odumegwu Ojukwu who was the Premier of the Eastern regions to form the breakaway state of Biafra.

Gowon would however, have none of it as a war broke out between the Federal forces and the forces of Biafra. Details emanating from the war showed that there was a massacre of sorts as hundreds of thousands of South Easterners lost their lives as Gowon applied different strategies including imposing a blockade on Biafran territory to win the war.

The Nigerian Civil War as it has now come to be known, lasted for a period of thirty months. After Biafra surrendered, Gowon made a declaration that there was neither a victor nor vanquished in the brutal war.

Gowon went on to institute the National Youth Service Corps (NYSC), to foster national unity among youths in the country. The scheme is still relevant up till this day as it is mandatory for all Nigerian graduates of Universities and Polytechnics who are below the age of 30.

He was however toppled from office in a bloodless coup while he was away from the country in 1975. Mohammed had played an active role in the “victory” of Nigeria during the Civil War. He was a no-nonsense military officer who effectively led the 2nd Division of the Army to beat back the Biafran forces, cross the Niger, and eventually link up with the 1st Division.

Mohammed was however known to be hot-headed as he allegedly ordered the killings of Biafran prisoners of war, according to Lieutenant Ishola Williams who served under his command.

After Gowon was toppled and he became Head of State, General Mohammed carried out a number of reforms.

Some of his reforms include, naming Abuja as the new Capital of the country, and a massive purge of the civil service which was viewed as highly indisciplined and corrupt at the time.

With all his positive energy as Head of State however, the “hot-headed” General was murdered on 13 February 1976 by Col. Bukar Sukar Dimka in a failed coup attempt.

General Olusegun Obasanjo was appointed as the Head of State after General Murtala Mohammed was murdered in a botched coup attempt.

After he became Head of State in 1976, Obasanjo, pledged to handover to a civilian government in 1979 while carrying out a reform that would improve the quality of public service.

During his time as Military Head of State, Obasanjo carried out some applaud-able programs. Under his watch, the education sector in the country expanded. There was also massive gains in the industrialization of the country.

Obasanjo was a shrewd ruler who refused to be intoxicated with the tatse of power as he was able to calculate that holding on to power was not going to be in the best interest of the country at that point in time.

Obasanjo finally fulfilled his promise to return the country back to democratic rule as he handed over to Shehu Shagari on the 1st of October 1960.

Did you enjoy this article? Kindly let us know in the comment section below.