There is palpable in tension in Nation’s capital following a reported launch of manhunt for the members of Islamic Movement Of Nigeria  ( IMN ) popularly known as Shiites, who are had planned to carry out a massive protest at the National Mosque in Abuja. 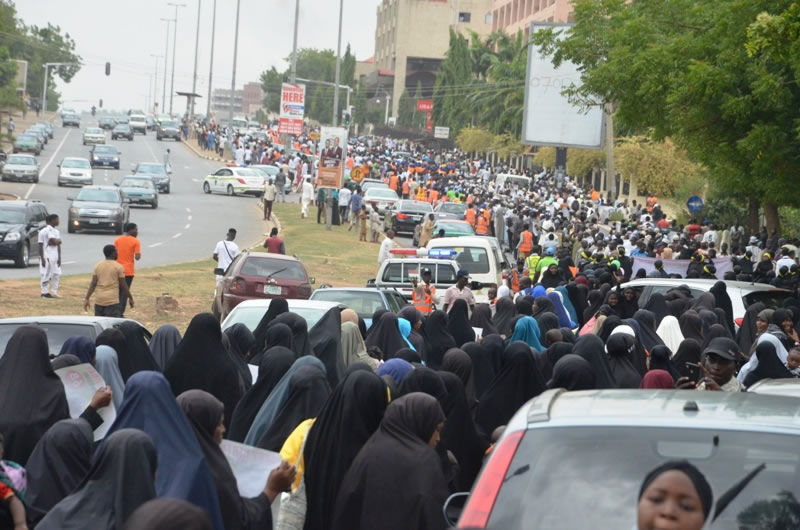 According to Sahara Reporters,  Security operatives had launched a manhunt on the group ahead of their planned protest.

Security has been beefed up within and outside the city and its metropolis leading to a traffic gridlock along Mararaba – Nyanya road. 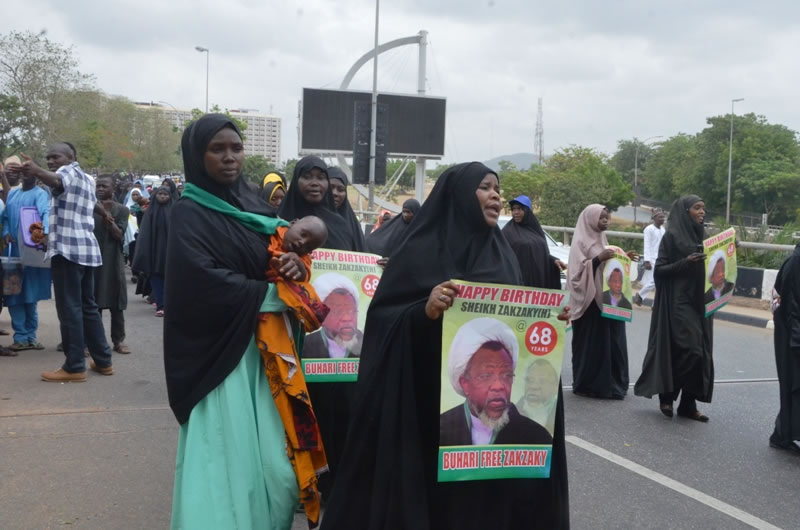 Many residents were caught up as soldiers mounted series of roadblocks at AYA junction thereby subjecting motorists to severe security checks.

The traffic situation has extended from AYA to Masaka and Orange Market forcing many people to trek a long distance while others have to maneuver their way through commercial motorcycles. 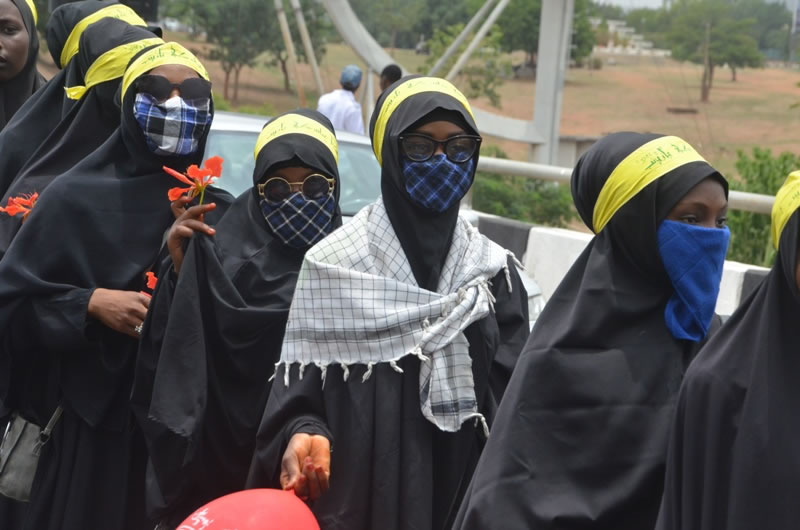 Security operatives have got the wind of the planned protest by the group and quickly swung into action with the view to nipping it the bud.

Members of the group had on Friday last week ambushed President Muhammadu Buhari and held him hostage for few minutes during the Ju’mat prayer at the National Mosque. 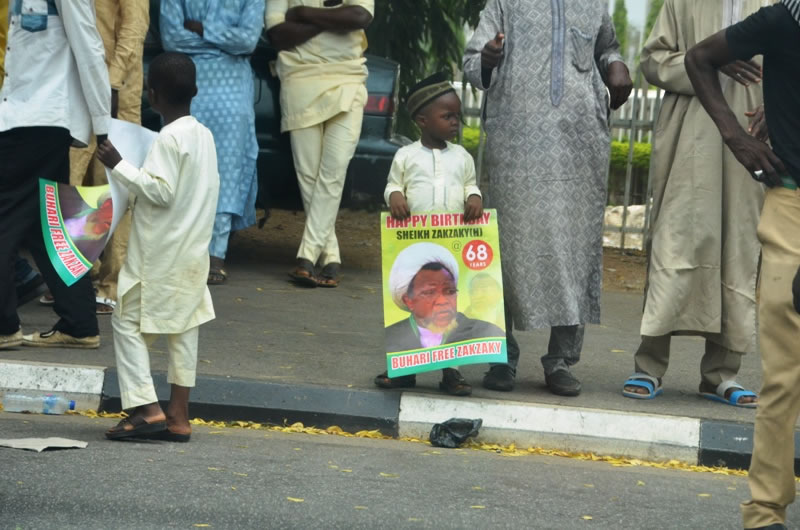 The group is protesting against the continuous detention of their spiritual leader, Ibraheem El-Zakyzaky who has been in the custody since 2015.

Mr El-Zakzaky was arrested in December, 2015 after his followers clashed with a convoy of the Nigerian Army, conveying the Chief of Army Staff, Tukur Buratai. 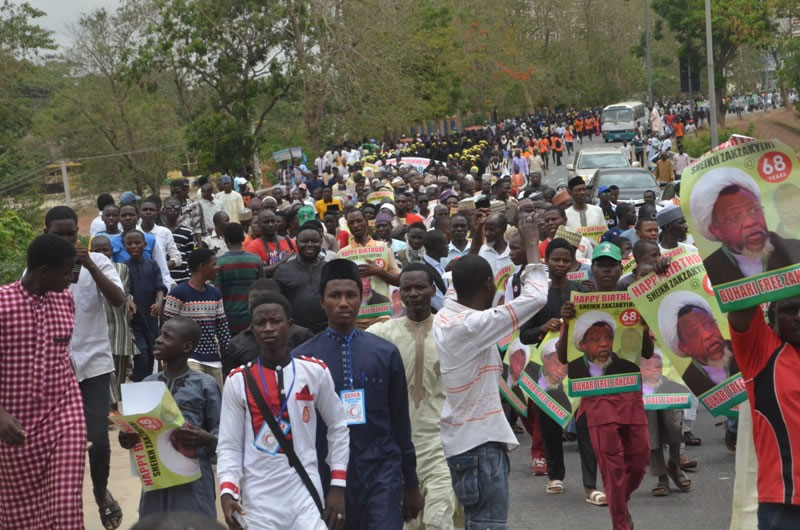 Although the Nigerian government confirmed over 300 Shiite members were killed in the 2015 clash, no officer has been tried over the matter. 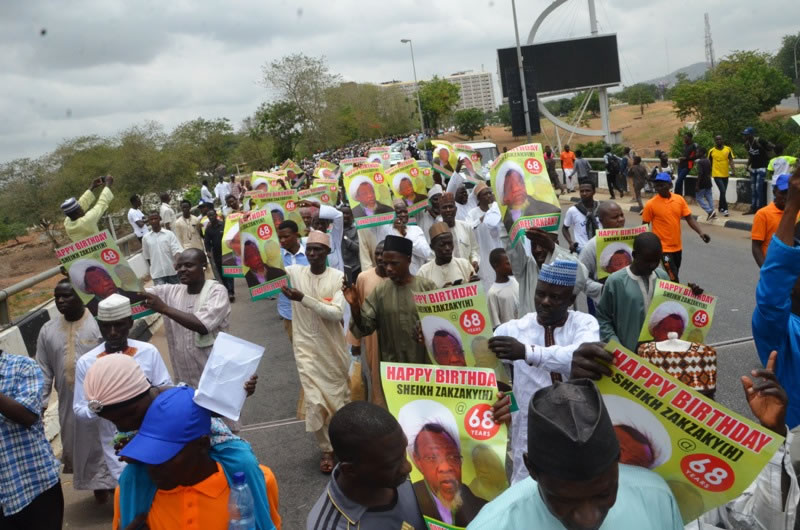 Mr El-Zakzaky was arraigned on eight counts, for alleged murder, in April.

The Shiite members, whose protests contributed to the arraignment of Mr El-Zakzaky have vowed to continue their demand for the release of their leader.

The Difference between Shiite and Sunni Muslims

Both are branches of Islam and the adherents of both are Muslims, all bound by the same Quran, the same five pillars of Islam – belief in one God, daily prayer, fasting, charity, and hajj, or pilgrimage. Where they mainly differ is on the question of who should have succeeded the Prophet Muhammad, who founded Islam in 620

Basically, Sunnis and Shiites differ on who should have succeeded Muhammad after his death in 632. Sunnis supported the succession of Abu Bakr, the prophet’s friend; Shiite Muslims felt the rightful successor was the prophet’s son-in-law and cousin, Ali bin Abu Talib.

Sunnis believe Muslim leaders can be elected, or picked, from those qualified for the job. Shiites believe leaders should be direct descendants of the Prophet Muhammad. So they don’t recognize the same authority in Islam – kind of like the way Catholics and Protestants are all Christians and have the same Bible, but only Catholics recognize the authority of the pope. And like Catholics and Protestants, both Sunnis and Shiites have their own religious holidays, customs and shrines.