Can APC win 2023 election if it presents Bola Tinubu as its presidential candidate?

What exactly is it about Nigerian politicians and love for power? The question of which geopolitical zone presents the next president in 2023 began to dominate political discussion as early as 2018. That was before the 2019 presidential poll was conducted.

It’s pathetic and the suffering masses should have seen that the political capitalists across the country are not actually willing to serve, but seized the opportunity to turn their family to a political dynasty. Former Lagos State governor Bola Ahmed Tinubu is one of them.

The problem isn’t only with Bola Tinubu, but with the people around him, some of whom have described him as “abuje budanu” that is one who is generous to a fault. Some of the leading voices who knew which direction the 2019 election would take stood on the fence. They were neither in the ruling All Progressive Congress (APC) nor with the main opposition Peoples’ Democratic Party (PDP).

I wasn’t surprised when a Yoruba media mogul Chief Dele Momodu, publishers of Ovation International, openly supported PDP presidential candidate Alhaji Atiku Abubakar while he’s secretly supporting Tinubu on one hand, he was campaigning against President Muhammadu Buhari on the other hand. Momodu campaigned for Buhari in 2015 and later met with the president in Aso Rock.

He described Tinubu, just like Obafemi Awolowo in the South West, Nnamdi Azikiwe in the South, as a mafia in the modern-day South West politics.

“…the Tinubu Mafia has grown in competition with the Awolowo Mafia in recent times, but even the influence of their effervescent overlord, Bola Ahmed Tinubu, Asiwaju of Lagos, may be facing challenges at the moment from rebels within and outside.

“These coming elections may well be a true test of how efficacious the influence and control of this great and astute politician remains.”

The outcome of the presidential election showed how Tinubu influential is, even though many expected him to overwhelmingly win the region for his party (APC), he lost two to PDP: Oyo and Ondo states. His efforts to win the hearts of Oyo people failed majorly because of the political calamity and blunder the outgoing governor Abiola Ajimobi had taken a few months to the election. In the pacesetter state, APC had 365,229 while PDP scored 366,690.

In Ondo, it was also gathered that the incumbent governor self-acclaimed Arakunrin Rotimi Akeredolu and the National Leader of APC were fire and water, which turned to be an advantage to Atiku who scored 275,901 while Buhari had  241,769 votes.

Tinubu, like a typical Nigerian politician, started his presidential bid after completing his second term as the governor of Lagos state in 2007. His political sagacity and the allocation war against President Olusegun Obasanjo at the time was a wonderful platform for him to show Nigerians that he, indeed, has what it takes to rule Nigeria.

When his party lost at 2007 presidential and 2011 polls it obvious that the party at the time wasn’t going to dislodge the ruling PDP. They merged with several political parties, some PDP factions joined the political marriage and came up with the present All Progressive Congress (APC). 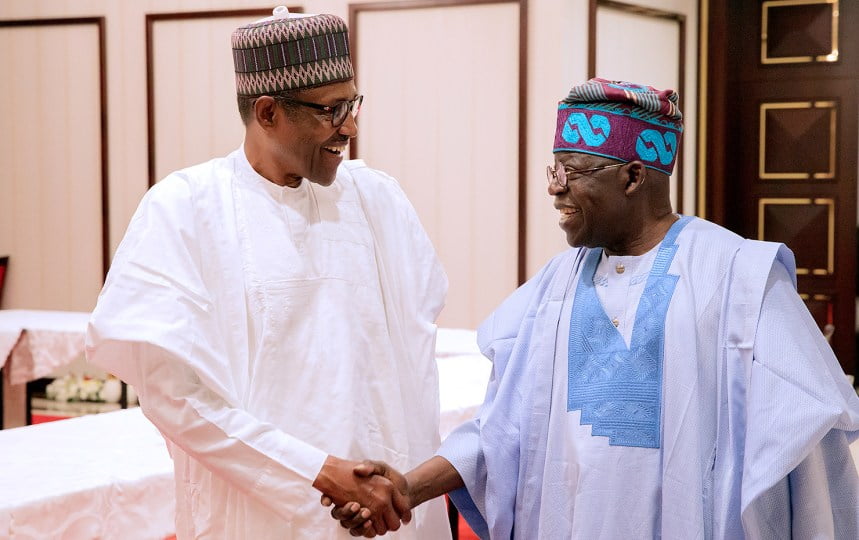 Tinubu, according to reports, wanted to run as the running mate to President Buhari, but Muslim-Muslim ticket was a risk they weren’t ready to take.

Reports say he personally nominated his former commissioner for justice Prof. Yemi Osinbajo. Tinubu’s effort and strategies worked. APC was able to end the 16-year dominance of PDP at the centre.

He repeated the same feat in 2019 elections to ensure Buhari’s victory. He has since intensified his political romance with Aso Rock.

By March 29, 2023Tinubu would be 71. His age might not really be the determinant considering the fact that the incumbent president was 72 when he took over as a democratically elected president on May 29, 2015.

Age isn’t the only Nigerian thing. The United States President Donald Trump is 72-year-old at the time of putting this article together and he has shown interest to run for a second term.

Even though Not Too Young To Run has gained more popularity since it was signed into law by Buhari they may remain handicapped financially in the No. 1 position in 2023 election.

Tinubu has the money. Never try a man who claimed to be richer than Osun State. But electorates may be wiser in 2023. 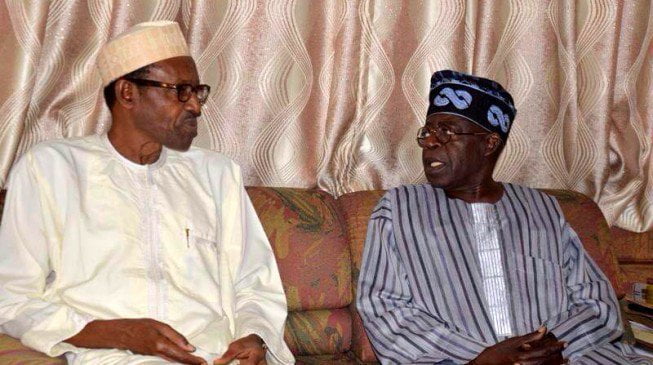 The recent wrangling within APC has also shown that it isn’t going to be a smooth ride for the APC co-founder. Already forces from the North are rising against him. Kaduna State governor Nasir El-Rufai is one of them.

Another politician is a member of the ruling party Adamu Kuta. He said Tinubu “is not the kind of president Nigeria needs in 2023,” saying Nigerians need someone that can continue with the achievements and the foundation that Buhari has laid.

This is has shown possible disintegration of the ruling party before 2023 polls.

Already, Northern electorates have said whoever Buhari supports for 2023 election would definitely be their candidate. The question now is: What of if Buhari jettisons zoning system, which isn’t even in the Nigerian constitution, by supporting another Northern and younger candidate before 2023? 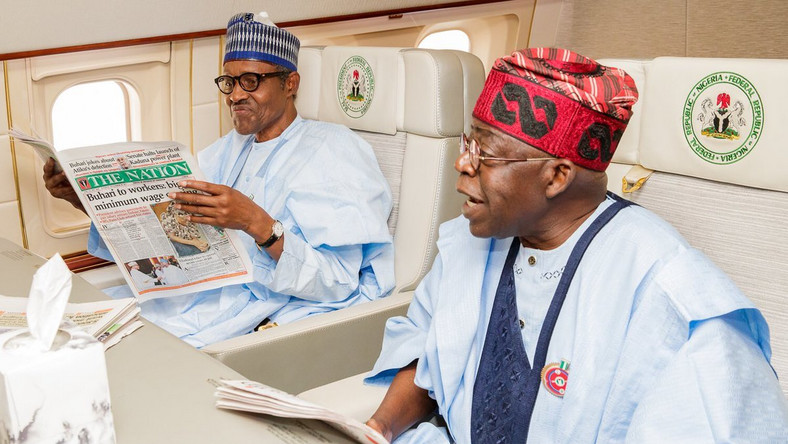 Recalled that when Buhari signed the Not Too Young To Run bill into law, he said something significant. He begged the aspiring politicians not to activate their quest for the presidency until after his reelection in 2019.

If Buhari decides to support another younger Northern candidate in 2023 election, the chances of Bola Tinubu to be the flagbearer of APC will be jeopardised. The reason is obvious; 1) the North has the population; 2) the integrity of Buhari in the North is bigger than Tinubu’s integrity in the South West. These two reasons will play a huge role in determining who succeeds Buhari. 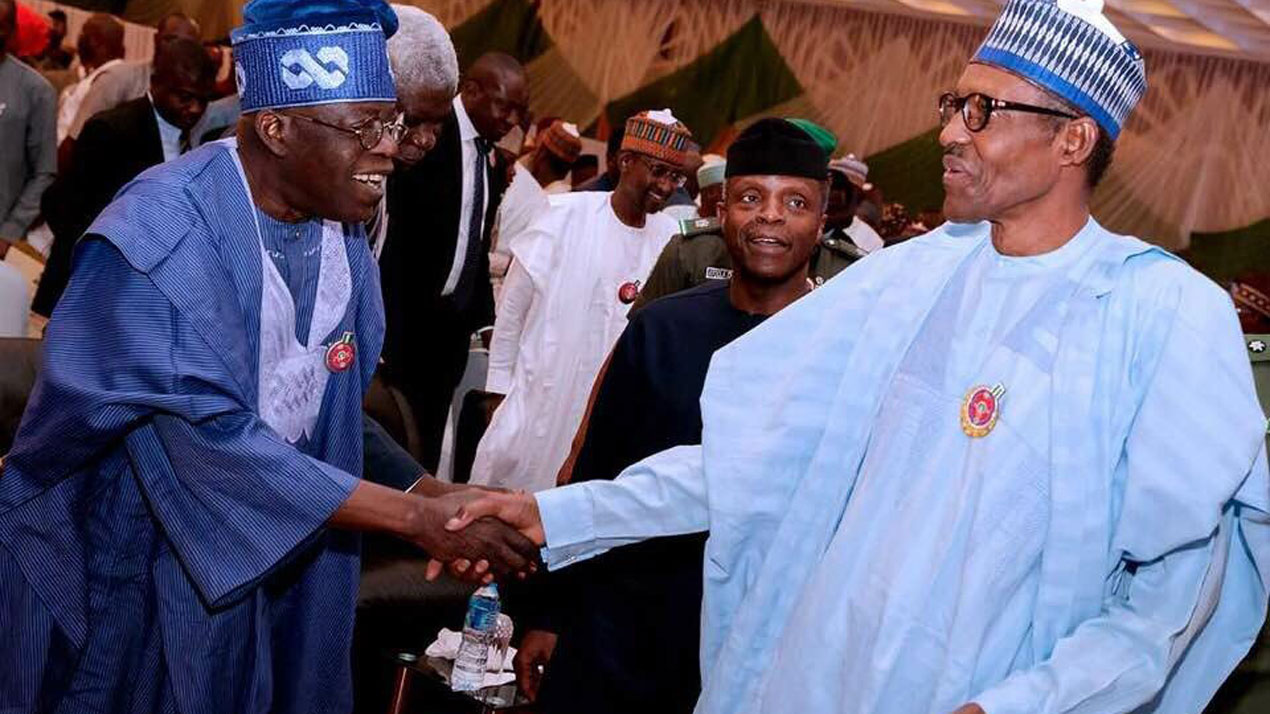 Again, the achievement of Buhari in the next four years will be a great determinant to the continued existence of the ruling party if it would be able to hold the centre. And if Tinubu gets the ticket of the party and Buhari decides to sit on the fence after completing his term, then Tinubu will be on his own while any candidate from PDP will have a brighter chance of resuming at the centre again.