The Real Story Behind Anini The Notorious Robber Who Terrorized Babangida Regime, The Truth Behind His Disappearing Act, And His Accomplice That Was In Power

Nigeria has recorded two kinds of armed robbers: Lawrence Nomanyagbon Anini and others. There has been different stories about Anini, his disappearing act, how he rode a car  backwards from Lagos to Benin when he was been pursued by the police and so many other unbelievable acts that has been attributed to him. Below is the true story Of Anini and how true is his disappearing act.

No armed robber has ever held the whole nation on ransome as Anini. Actually, his rule was bloody to the point that he was even talked about at the State Security Council meeting. He held the old Bendel State hostage during the 1980s.

Bendel is presently known as Edo and Delta State. His fundamental zone of activity was Benin City to be exact.

Anini was born in a village about 20 miles from Benin City in present-day Edo State. He was  dreadfully called ‘The Law’ or ‘Ovbigbo’.  An only son of his Evbueisi-born mother, he had two sisters. His father died when he was still a young boy. Anini was brought to Benin where he was admitted at the Oza Primary School but from a young age, he started manifesting the signs of truancy. He struggled to finish his primary school then entered the Igiedumu Secondary School. He did not spend more than three years when he dropped out of school, preferring to be an apprentice at a local mechanic workshop. That was around 1976.

He started work as a lorry driver (some say taxi driver) after his master fired him and slowly transformed into a leader of the local motor parks, controlling and commanding touts.

Following the sudden overthrow of the politicians in the early 1980s and banning of politics in 1984 by the Buhari regime the highly-skilled driver (now of of criminal gangs and godfathers) discovered that armed robbery was far more lucrative and decided to form his own deadly gang which included, Monday Osunbor, Friday Ofege, Henry Ekponwan, Eweka and Alhaji zed zed or Zegezege who was never captured. They started out as car hijackers, bus robbers and bank thieves.

He sealed a pact with corrupt police officers and ruled with reckless abandon. The complicity of the police is believed to have triggered Anini’s reign of terror in 1986. Highway robberies, car jackings, bank raids, Anini was a specialist in all aspects of pilfering with the gun.  Gradually, he extended his criminal acts to other towns and cities far north and east of Benin.

In early 1986, two members of his gang were tried and prosecuted against an earlier under-the-table ‘agreement’ with the police to destroy evidence against the gang members.

The incident, and Anini’s view of police betrayal, is believed to have spurred retaliatory actions by Anini. In August, 1986, a fatal bank robbery linked to Anini was reported in which a police officer and others were killed. That same month, two officers on duty were shot at a barricade while trying to stop Anini’s car. During a span of three months, he was known to have killed nine police officers.

In an operation in August of 1986, the Anini team struck at First Bank, Sabongida-Ora, where they carted away N2, 000. But although the amount stolen was seen as chicken feed, they left the scene with a trail of blood. Many persons were killed.

On September 6, same year, the Anini gang snatched a Peugeot 504 car from Albert Otoe, the driver of an Assistant Inspector General of Police, Christopher Omeben. In snatching the car, they killed the driver and went to hide his corpse somewhere. 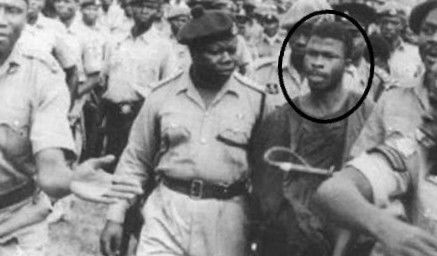 Three months later, the skeleton of the driver was spotted 16 kilometers away from Benin, along the Benin-Agbor highway. A day after this attack, Anini, operating in a Passat car believed to have been stolen, also effected the snatching of another Peugeot 504 car near the former FEDECO office, in Benin. 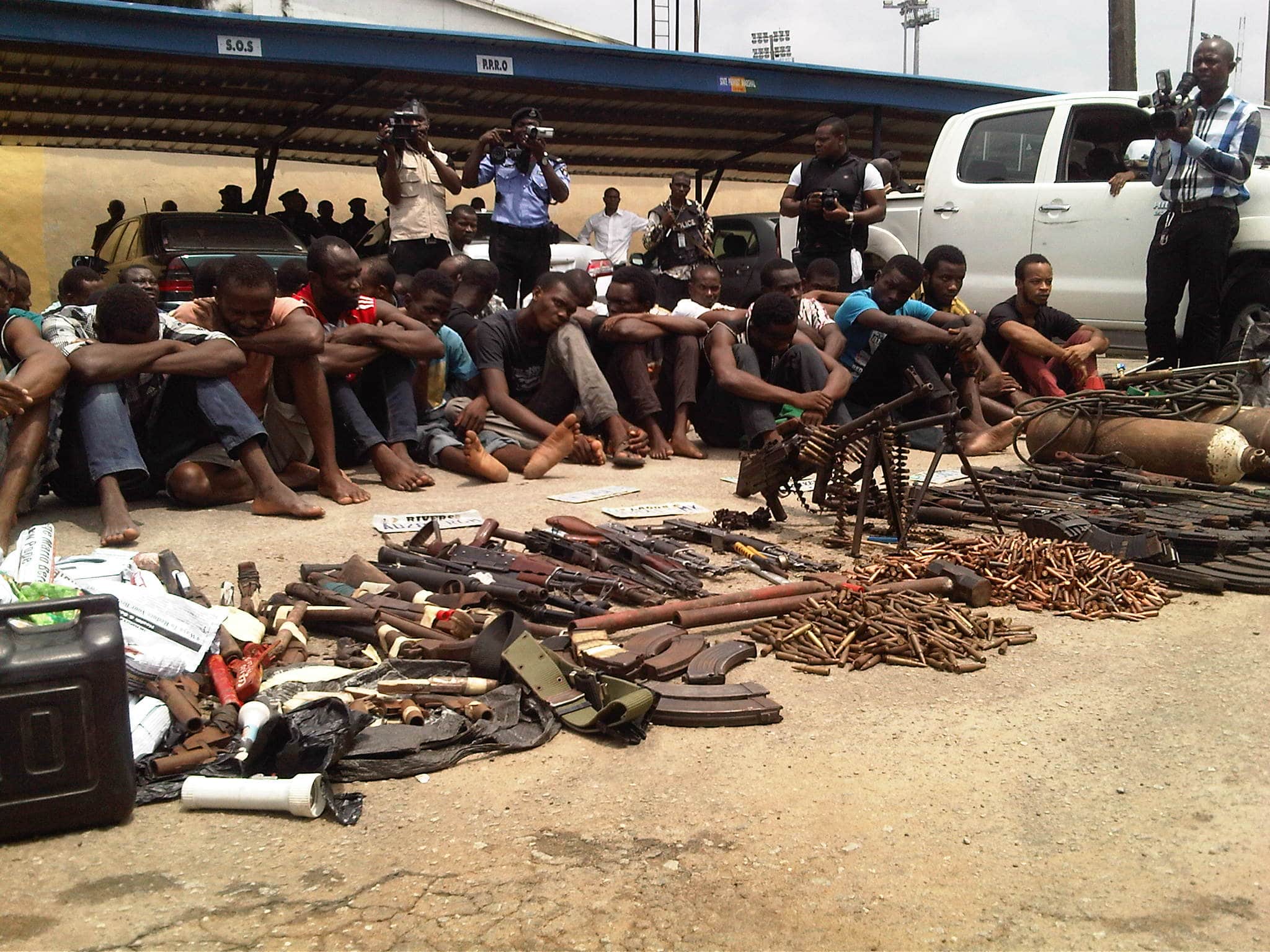 A day after the operation, Anini, visited a village near Benin and threw wads of naira notes on the ground for free pick by market men and women.

Between August and December 1986, he led a four-month reign of terror. He also reportedly wrote numerous letters to media houses using political tones of Robin Hood-like words, to describe his criminal acts.

The search for Anini

The then military President, General Ibrahim Babangida, saw the nation’s fear for the daredevil and ordered a massive manhunt for the kingpin and his fellow robbers. The police thus went after them, combing every part of Bendel State where they were reportedly operating and living

However,  the more they were hunted, the more intensified their activities became. Some of the locals in the area even began to tell stories of their invincibility and for a while, it felt like they were never going to be caught. 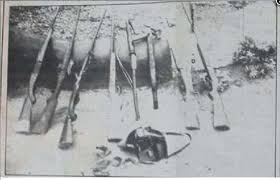 At the conclusion of a meeting of the Armed Forces Ruling Council in October 1986, General Babangida turned to the Inspector-General of Police, Etim Inyang, and asked, ‘My friend, where is Anini?’

At about this time, Nigerian newspapers and journals were also publishing various reports and editorials on the ‘Anini Challenge’, the ‘Anini Saga’, the ‘Anini Factor’, ‘Lawrence Anini – the Man, the Myth’, ‘Anini, Jack the Ripper’, and ‘Lawrence Anini: A Robin Hood in Bendel’. The Guardian asked, emphatically, in one of its reports: ‘Will they ever find Anini, “The Law”?’

The Anini terror finally came to an end thanks to the courage of Superintendent of Police, Kayode Uanreroro. On December 3, 1986, Uanreroro caught Anini at No 26, Oyemwosa Street, opposite Iguodala Primary School, Benin City, in company with six women.

Acting on a tip-off from the locals, the policeman went straight to the house where Anini was hiding and apprehended him with very little resistance. Uanreroro led a crack 10-man team to the house, knocked on the door of the room, and Anini himself, clad in underpants, opened the door. “Where is Anini?”, the police officer quickly enquired. 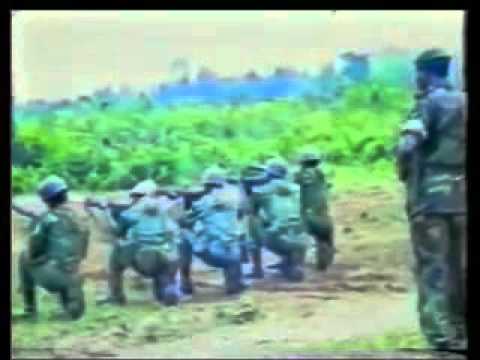 Dazed as he was caught off guard and having no escape route, Anini all the same tried to be smart. “Oh, Anini is under the bed in the inner room”. As he said it, he made some moves to walk past Uanreroro and his team.

In the process, he shoved and head-butted the police officer but it was an exercise in futility. Uanreroro promptly reached for his gun, stepped hard on Anini’s right toes and shot at his left ankle. Anini surged forward but the policemen took hold of him and put him in a sitting position. 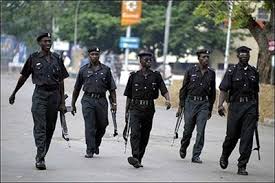 They then pumped more bullets into his shot leg and almost severed the ankle from his entire leg. Already, anguished by the excruciating pains, the policemen asked him, “Are you Anini?” And he replied, “My brother, I won’t deceive you; I won’t tell you lie, I’m Anini.”

While in the police net, Anini who had poor command of English and could only communicate in pidgin, made a whole lot of revelations. He disclosed, for instance that Osunbor, who had been arrested earlier, was his deputy, saying that Osunbor actually shot and wounded the former police boss of the state, Akagbosu.

The daredevil robbers also revealed that some policemen assisted them in the criminal operations in Bendel State and the entire country.

Anini particularly revealed that George Iyamu, who was the most senior police officer shielding the robbers, would reveal police secrets to them and then, give them logistic supports such as arms, to carry out robbery operations.

Because of the numerous gunshots, Anini had one of his legs amputated in a military hospital. When his hideout was searched, police recovered assorted charms, including the one he usually wore around his waist during “operations”. All charms were disposed after his arrest.

His execution
Due to amputation of his leg, Anini was confined to a wheelchair throughout his trial. He was sentenced to death by Justice James Omo-Agege and executed on March 29, 1987. It seems his disappearing acts were outrageous stories passed across ed by over zealous fanatics who believed he could beat all odds. Apparently, he was simply just a smart criminal that circumstances had pushed in the wrong direction and had therefore brought out the worse in him.