A lawyer, Malcolm Omirhobo, has dragged the National Judicial Council (NJC) before the Federal High Court in Abuja, seeking an order halting the appointment of the acting Chief Justice of Nigeria, Tanko Muhammad, as the substantive chief justice.

The applicant in the suit with number FHC/ABJ/CS/420/2019 alleged that Mr Muhammad availed himself as a tool that was used in the violation of the constitution, especially with regards to the ‘illegal’ removal of the embattled Chief Justice of Nigeria (CJN), Walter Onnoghen. 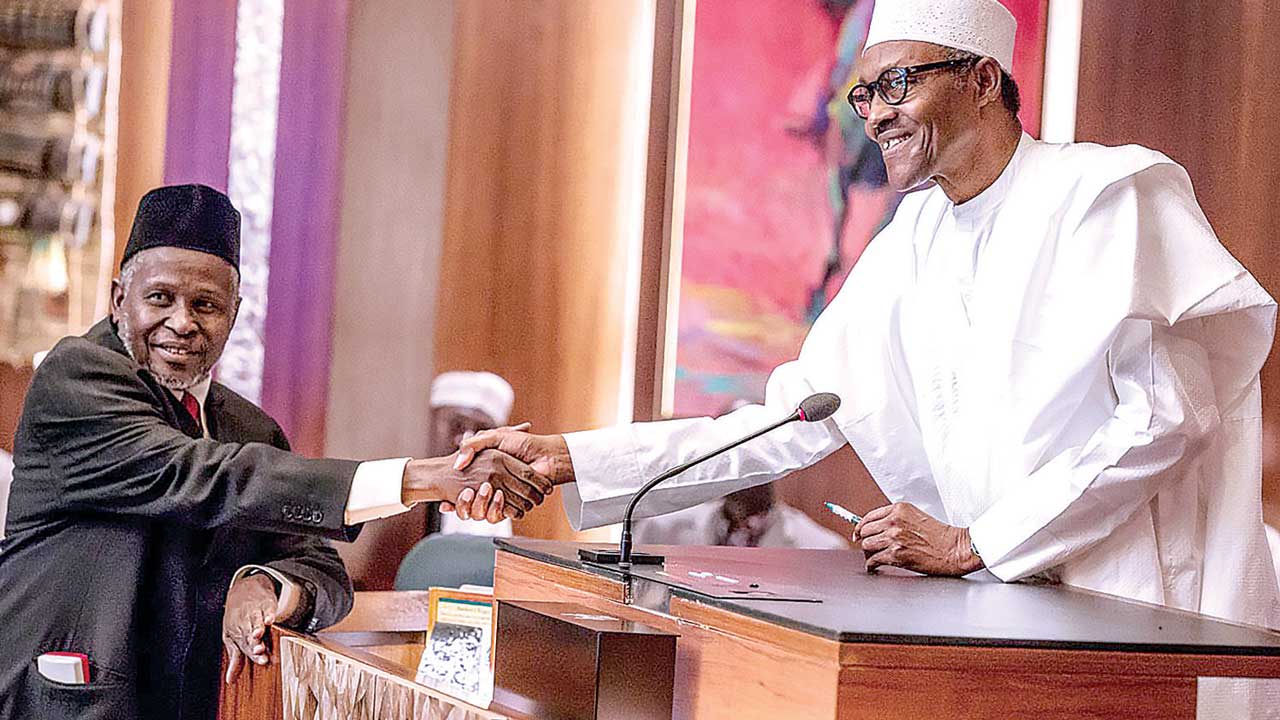 President Muhammadu Buhari had sworn in Mr Muhammad as the acting CJN after suspending Mr Onnoghen in January.

The president, with the consent of the NJC, had last week extended the acting tenure of Mr Muhammad by another three months.

The applicant is seeking the courts’ declaration that the constitution never contemplated suspension or removal from office by an ‘exparte order’ of court as one of the grounds for which the office of the Chief Justice of the Federal Republic of Nigeria can become vacant.

The applicant also seeks a declaration that the suspension and/or removal of the Chief Justice of Nigeria from office is a shared responsibility of the NJC, the President and the Senate. 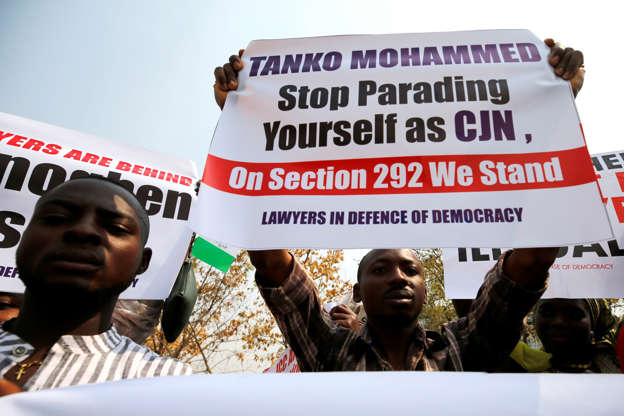 The applicant added that “the President does not have the vires or power under the law to unilaterally suspend and/or remove the Chief Justice of Nigeria from office.”

He seeks an order restraining the Senate from confirming the appointment of Mr Muhammad as the substantive CJN.

The suit has been assigned to a judge, Iyang Ekwo, but no date has been fixed for the hearing. After his controversial suspension, Mr Onnoghen was convicted by the Code of Conduct Tribunal for false assets declaration. The tribunal ordered his sack from office. It also ruled that he should forfeit his undeclared assets.

Mr Onnoghen has appealed the ruling.