Onnoghen’s Resignation: Danladi Umar And Onnoghen Come Face To Face For The Last Time On Thursday; Buhari Or Onnoghen, Who Will Finally Win

The Code of Conduct Tribunal on Monday fixed Thursday for its final judgment in the charges of false and non-declaration of assets instituted against Justice Walter Onnoghen, who reportedly resigned as the Chief Justice of Nigeria on April 4. The Danladi Umar-led three-man bench fixed the date for judgment after the prosecution led by Mr. Aliyu Umar (SAN), and the defence led by Mr. Okon Efut (SAN), adopted their final addresses.

During the proceedings, the defence, in their final arguments, maintained that the prosecution failed to prove the six counts beyond reasonable doubt as required by law and urged the tribunal to dismiss the case.

Efut maintained that the statement made by Onnoghen to the Code of Conduct Bureau was not confessional as alleged by the prosecution.

But the prosecution said the defence team was only attempting to redefine what constituted “proof beyond a reasonable doubt”.

He urged the tribunal to hold that the prosecution indeed proved the case beyond reasonable doubt and “return a guilty verdict”.

Adjourning till Thursday for judgment, the tribunal chairman, said the verdict would be delivered along with two pending rulings on Onnoghen’s applications, one challenging the jurisdiction of the tribunal to hear the case and another one asking the CCT chairman to disqualify himself from further presiding over the case for being allegedly bias. 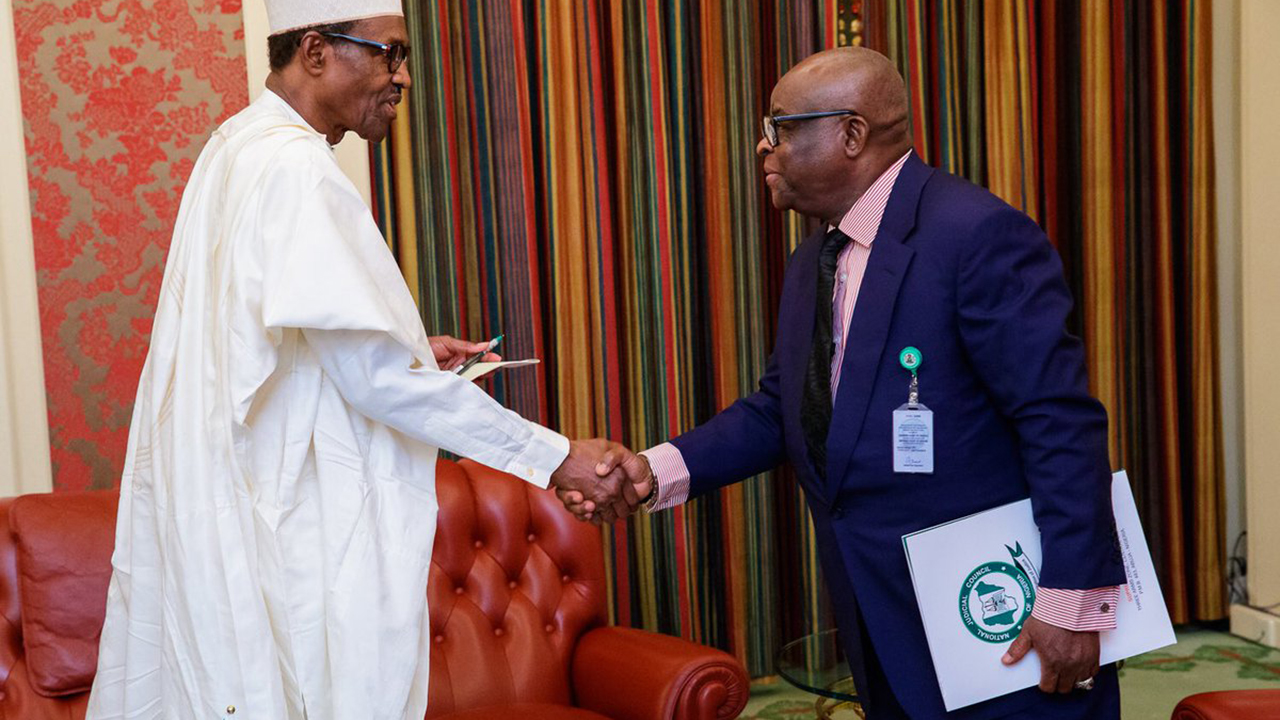 As Umar informed the tribunal that he was ready for the business of the day which was the adoption of final addresses, a member of his team, Prof. Zainab Duke, attempted to speak to the bench.
With a paper in her hand, Duke tried to speak into the microphone but Umar grabbed the microphone and shouted on her to sit down.
“There cannot be two leading counsel. Sit down. You cannot speak,” Umar shouted
Watch as Buhari gives reason for suspending Onnoghen
2BuhariDanladi UmarOnnoghe n