Following the statement credited to the Director, Strategic Communications of President Buhari 2019 Presidential Campaign, Festus Keyamo (SAN), one of the critics of the ruling party Reno Omokri has berated the senior lawyer for indirectly telling Nigerian students that there isn’t value in education.

A few hours ago, Mr Keyamo said that based on the provisions of the Constitution, an aspirant does not need a WAEC certificate to become a president or governor in the country.

“There are other levels of qualifications to run for the office of president. In fact, if you have occupied the public office for a reasonable length of time, by the provisions of the Constitution, you do not even need a WAEC certificate to become president of Nigeria.” Recalled that Ademola Adeleke, candidate of the Peoples’ Democratic Party (PDP) in Osun 2018 governorship election was sued in separate instances by the opposition and also by members of his party concerning the status of his WAEC certificate.

And if next year, we see a mass failure in WAEC, how would @MBuhari have the moral authority to say anything? When he has told our youths that they don’t need WAEC to secure the highest post in the land, who will now study? They will just say ‘to hell with WAEC’, I dont need you!

“Yes. Section 318 of the 1999 Constitution defines ‘School Certificate or its equivalent’ to mean Primary 6 School Leaving Certificate plus the ability to just speak, write, understand and communicate in English language to the satisfaction of INEC. No WAEC certificate is needed.

“By the definition of ‘School Certificate or its equivalent’ in Section 318 of the 1999 Constitution, you don’t need a WAEC certificate to become President or Governor, but if you present a FORGED WAEC or other certificate to INEC for any office you will be disqualified. #OsunStateScenario. 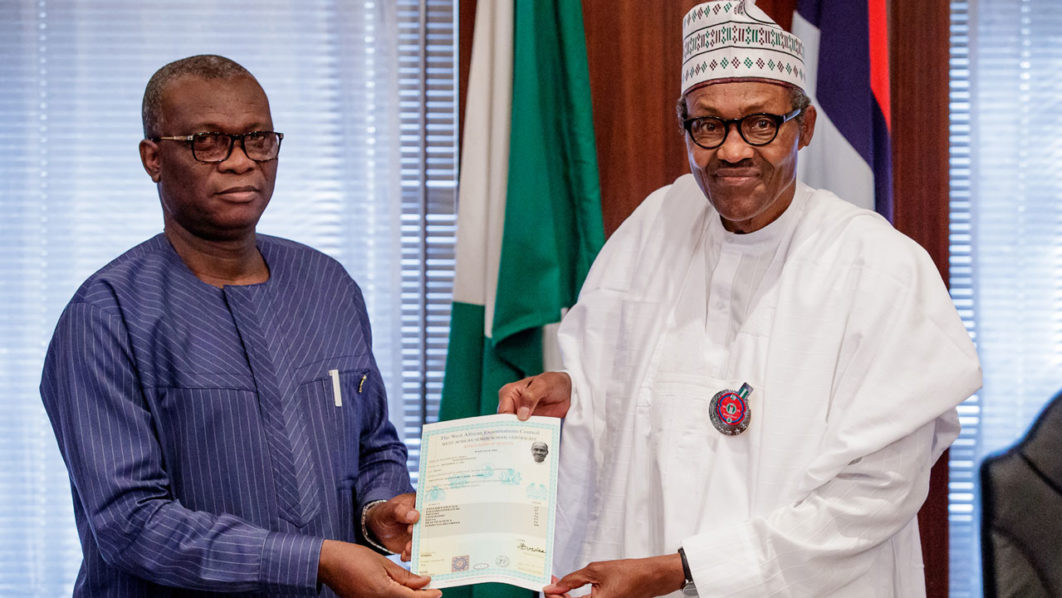 “In Osun case scenario, WAEC has denied the authenticity. See the difference?

“Let me end my free lecture series by saying that the crux of the matter is that if you don’t have a WAEC certificate, there’s no need to go ahead and forge one in a bid to be governor or president.

You can still be qualified, regardless. That’s the mistake made in Osun case scenario,” the Keyamo had tweeted.

Reacting, Omokri, a political ally to former Nigerian leader Dr. Goodluck Jonathan, on his verified Twitter page said Keyamo’s WAEC statement would not inspire Nigerian students in any way, most especially candidates who will be writing the West Africa School Certificate Examination (WASC).

“And if next year, we see a mass failure in WAEC, how would @MBuhari have the moral authority to say anything? When he has told our youths that they don’t need WAEC to secure the highest post in the land, who will now study? They will just say ‘to hell with WAEC’, I don’t need you! “

Meanwhile, Nigerians are still having divergent views over the WAEC certificate saga and what the constitution says about it. 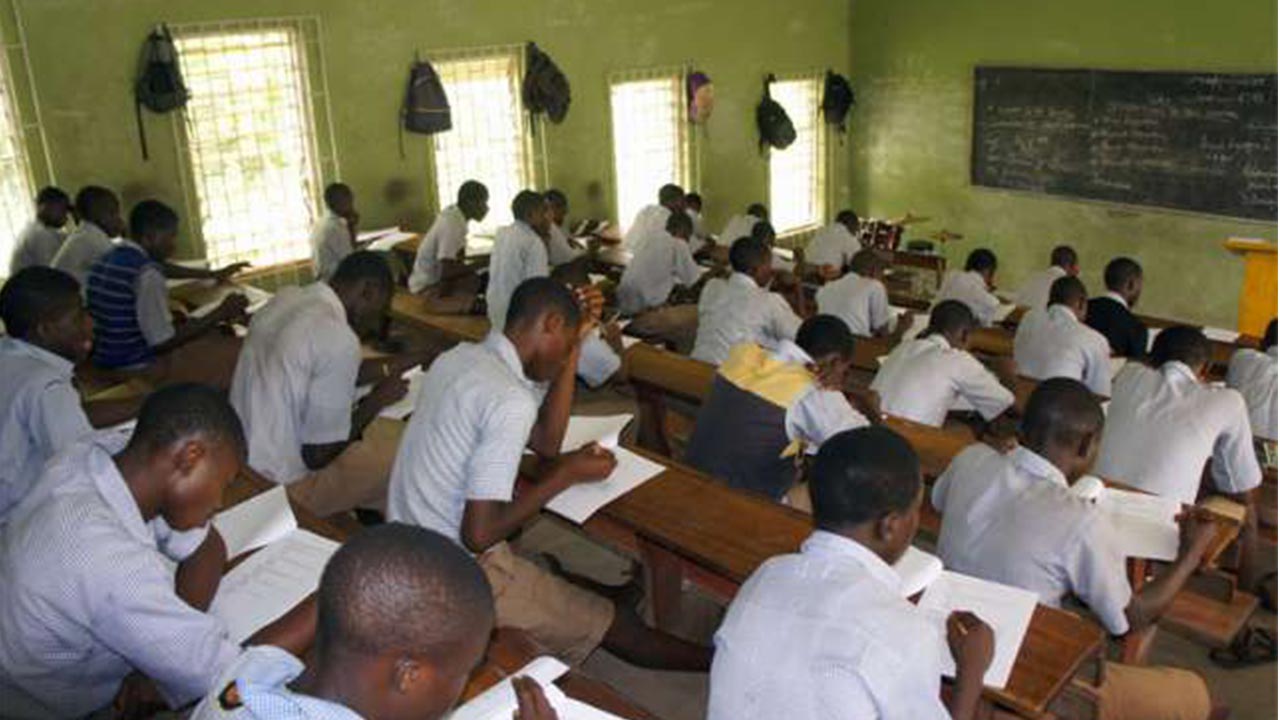 One of the Twitter users said, WAEC has lost its glory, “@waecnigeria lost it’s value already. Almost every center is now a magic center. Look round closely, you’d notice the #SchoolNaScam thing going on. What a nation,” @SolomonMbak tweeted.

Another user who said he hasn’t collected his WAEC cert. said he might not bother himself collecting it anymore.

“Since 2011 I never collect my WAEC certificate no need since they nor need WAEC for any post in Nigeria” @obariafoh tweeted.

Another user, @realmentorkay, possibly an admirer of President Buhari succinctly said, “PMB did not compile the constitutions.”

See the rest below (uncensored):

@DuchessSonia: It’s so heartbreaking, I don’t want to regret having a Waec result pls.. My effort can’t be wasted…

@LilTrendy: Your tweet is wrong on so many levels. 1. He said he has WAEC cert. The Council verified it 2. Illiterates still need votes to reach “the highest post in the land” 3. A nation where people elect illiterates are not ready to grow. You’ve been rooting for Adeleke anyway

@Refreshingtruth: The council was not around when Buhari hired over 14 SAN to defend himself in court right? We know that Buhari’s attestation was a cover-up between WAEC Nigeria and the presidency. Everything will be exposed in due time.

@LilTrendy: If you think it’s forge then prove it. That’s how you win. Once it has been proven then he can be disqualified for it. The problem is they’re asking him to produce something he has already produced instead of focusing on proving it’s fake. That’s my view.

@matty_blow: Exactly my point. I see the reason they don’t have a concience about education in the country. I see why when @ASUUNGR strike starts they don’t make any effort to stop it. @PMBuhari you have to address the youths and younger generation on this nonsense before it’s too late.

@IgbinosaOlaye: Sincerely, every Constitution hv its loose ends. The enemies within re those who maximise it to stagnate d System n by extension, our collective progress.

@king_kimani: Since Buhari doesnt need his WAEC certificate to be a President, why then did he not admit it in the first place claiming that the constitution says thus, why then did he go ahead to forge a Certificate..?

@Bukkiemark: Then why the hell are we going to school?? Why would I bother my younger bro to register WAEC since its not relevant. Infact I’m uploading my WAEC result on eBay for sale… i don’t need it. 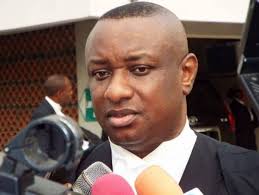 Recalled that the officials of the West African Examination Council (WAEC), on November 2, 2018 in Abuja, presented to President Muhammadu Buhari the attestation and confirmation of his 1961 West African School Certificate (WASC) Examination result, Guardian reported.

The action of WAEC was as a result of controversies surrounding the eligibility of Buhari to occupy the highest seat in the land.

Let’s hear from you. You can simply join the conversation by using the comment box below. Also, you’re absolutely free to share this post with your friends on social media.