Prominent Igbo Leader and Peoples Democratic Party, PDP, Chieftain, Chief Emmanuel Iwuanyanwu, has said that contrary to the decision of the All Progressives Congress (APC) to zone the Senate Presidency to the North, it should actually be a person from the region because they are a major Stakeholder in the Nigerian project. 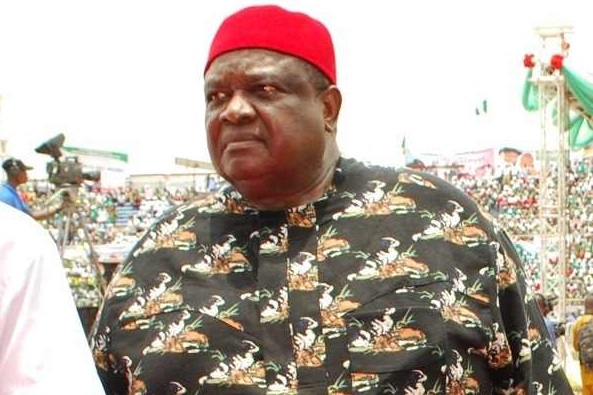 Iwuanyanwu, who stated this on Wednesday, in Owerri, the Imo State capital, said that the people of the region shouldn’t be begging for these positions especially since the North and the South-West have emerged President and Vice President, respectively. According to him, the current arrangement in the sharing of principal Offices in the National Assembly by the ruling All Progressives Congress, APC, is to further undermine the Igbos, as one the three major tribes that make up the country. He observed that the Igbos have made great contributions in the development and unity of the nation, and should not be treated with levity at all times.

His words: “The South-East will not beg for the position of the Senate President, or Speaker of the House of Representatives. Igbos are not fools, Igbos have talented people. We have no doubt in our mind that we are being marginalised. Let me tell other parts of Nigeria how the Igbos feel about issues; Igbos feel they are part of the success of Nigeria, right from the time this country was founded. The Igbos have done better than most tribes in Nigeria, Igbos have distributed their resources across the nation.

“Right now the Igbos are very unhappy. We have been pushed to a point of contempt and ridicule. There are some people in this country who just ridicule us, some even say that the Igbos have been sacked from this country. Take for instance, the issue of the railway, none passed through Igboland, and this is being financed with a loan that all of us will repay.”

Iwuanyanwu also disclosed that the Igbos do not have anything against President Muhammadu Buhari, as insinuated. According to him: “The Igbos have nothing against Buhari at all, but a fundamental mistake was made in 2015, when a son of the Eastern region, Goodluck Jonathan, was running for a second term. The Igbos felt he needed a second term, but that does not mean that they hated Buhari in any way.”

What are your thoughts? Let us know in the comments.
#Ninth Senate1All Progressives Congress