BLOODY BETRAYAL! Oluremi Tinubu At War With The Jagaban As He Delivers The Worst News Ever To Her

Senator Remi Tinubu cuts a picture of that unassuming woman of moderate ambition. Her pious mien and self-effacing demeanor, however, enshroud a Machiavellian and avaricious desire for power. No sooner had she got re-elected for a third term in the last general election than she made it known that her sight is set on the Deputy Senate President seat. Perhaps banking on her husband, Asiwaju Bola Ahmed Tinubu’s influence in the All Progressives Congress (APC), Remi has been scheming overtly and covertly for the seat. 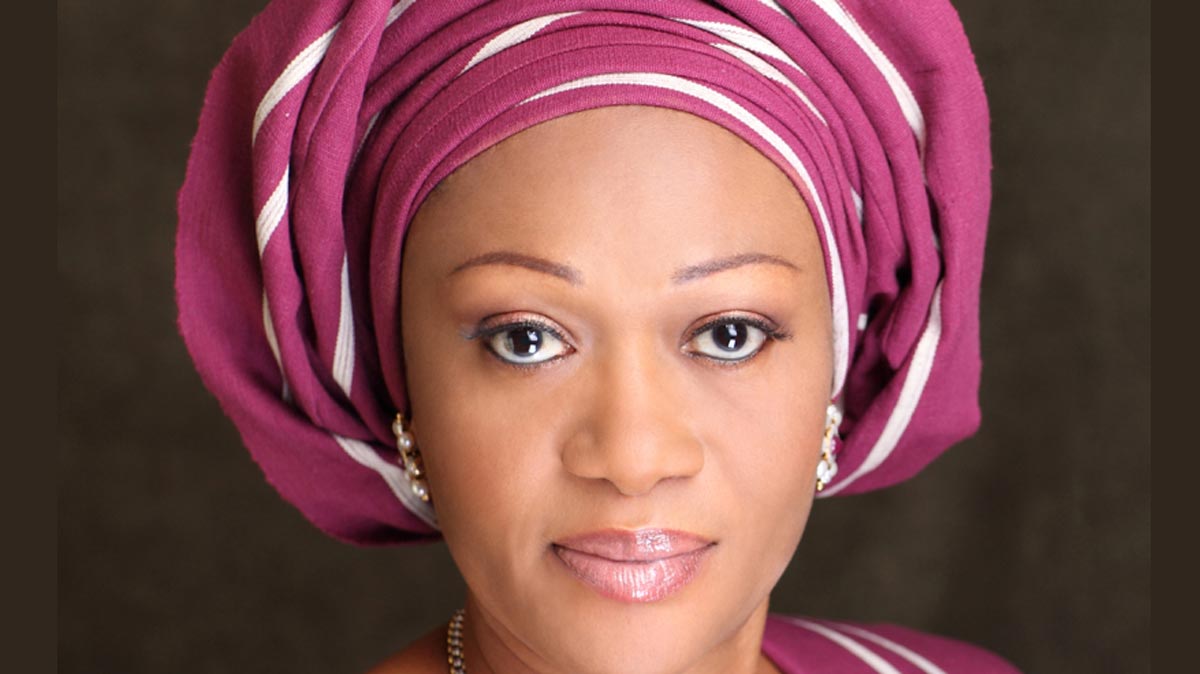 She is reportedly in consort with a group pushing for the Senate Presidency to be zoned to the North East, thus giving room for a Yoruba ranking senator to be Deputy. President Muhammadu Buhari lost in the south-east and south-south and the ranking senators are in the opposition.  New information coming out says that the national leader of the All Progressives Congress (APC), Bola Tinubu, who is also her husband, seems to be opposing the new political ambitions of his wife. 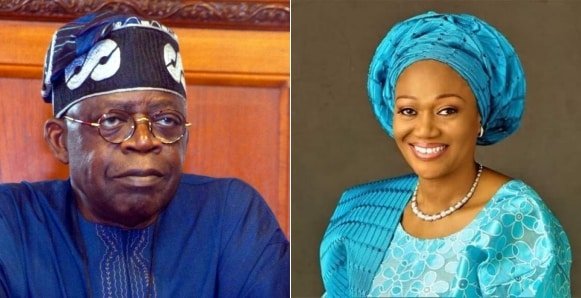 Similarly, Hon. Femi Gbajabiamila has never hidden his ambition to become Speaker of the House of Representatives, a position he narrowly lost to the incumbent, Yakubu Dogara, in 2015. Gbajabiamila, who has been in the House since 2003, has been rallying the APC top guns to zone the Speakership to the South West, as was the case in 2015 before Senate President Bukola Saraki and Dogara selfishly scuttled the arrangement. 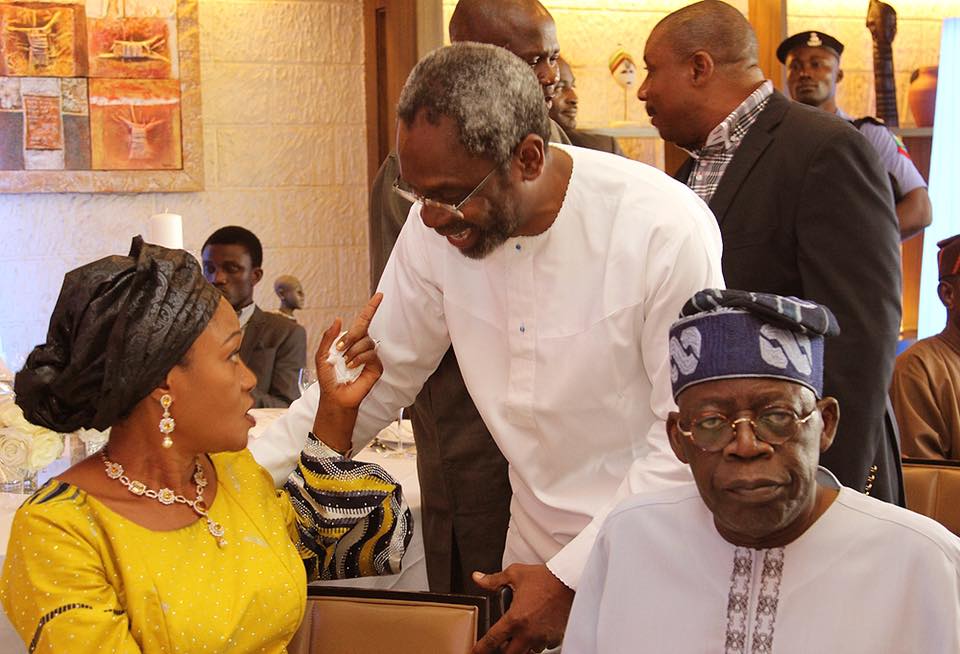 It has come to light that Bola Tinubu seems not to be in support of Oluremi Tinubu‘s ambition to become the Deputy Senate President in the 9th National Assembly. Remi is the Senator representing Lagos Central district while Femi represents Surulere Federal Constituency under the same Lagos Central. Also, both are Yoruba and from the same Tinubu political family where Vice President Yemi Osinbajo also emanated from. 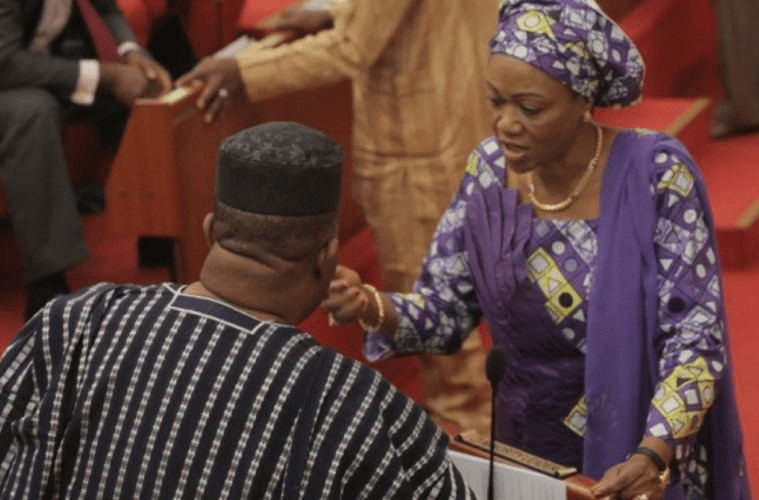 However, a source said some days ago that at a gathering of politicians at the Tinubus’ Bourdillon residence after the governorship elections, newly elected senator, Hon Bayo Osinowo, openly called Remi ‘My Deputy Senate President’. Asiwaju was reported to have reacted angrily, saying, “Please, don’t say that here again because nothing of such would happen.” Mrs Tinubu swiftly recoiled into her shell while the hailer went cold. Yet, the former First Lady of Lagos State has been vocal and vivacious about her ambition and already carrying herself like the seat is already hers.

While speaking on the latest development, a source, an elected member of the House of Representatives, said Tinubu was leaving no stone unturned in ensuring that what happened in June 2015 when the National Assembly elected their leaders did not repeat itself. 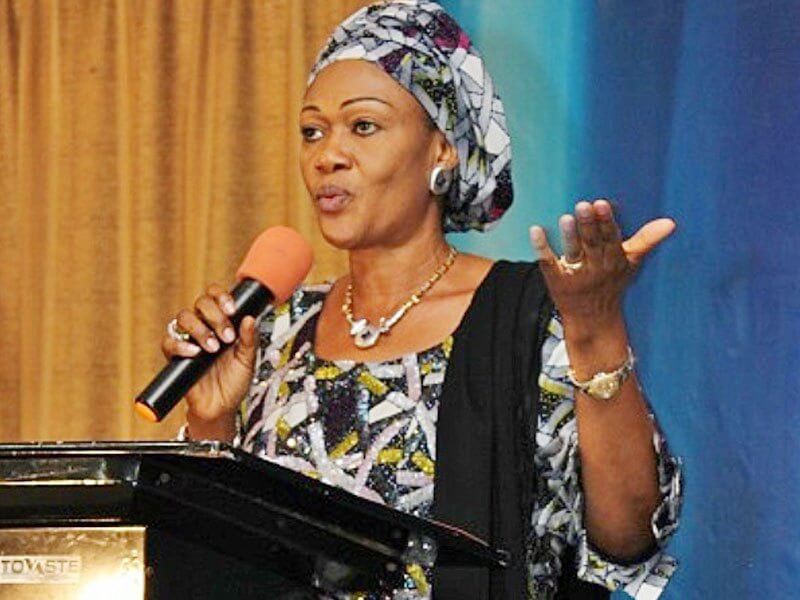 The party chieftain said, “Yes, the desire of Senator Oluremi Tinubu for the Deputy Senate President position is real, given her experience as a ranking female lawmaker, but it is also clashing with the desire of her husband to ensure Lagos State produces the speaker of the House of Representatives. It is likely that the APC will zone the speakership position to the South-West as they did in 2015, and our preferred candidate is Femi Gbajabiamila, the current Majority Leader. 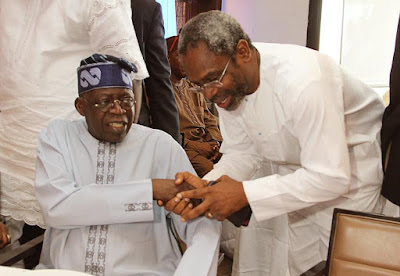 If we are to talk of giving women a better representation, I think Senator Oluremi Tinubu is capable for the position of #DEPUTY Senate President.

This is not because she is my Senator,… https://t.co/LWnmmyDW1j