The Vice President, Yemi Osinbajo has opened up on what Nigerians should expect from President Muhammadu Buhari in his second term in office after being re-elected.
According to Daily Post, Osinbajo assured that President Muhammadu Buhari’s administration would connect more with Nigerians within the next four years. Osinbajo gave the assurance during a dinner to appreciate volunteer groups who campaigned for the All Progressives Congress, APC, in Abuja, on Thursday.

The Vice President also highlighted some efforts the Buhari-led administration was making in the area of infrastructure across the country. A statement signed by his Media Aide, Laolu Akande, quoted Osinbajo as saying, “Just before I make a couple of remarks, we know that a few of our supporters lost their lives during the course of the campaign. I want us to stand for a moment and observe a minute of silence in honour of them. We thank the Lord for their souls and ask for comfort for all members of their family in Jesus name.
“For me, this campaign was about the Nigerian people. One of the things I discovered, and I’m sure most of us know, is that our people are so trusting and supportive of their leaders everywhere. I think that one of the major characteristics of Nigerians is how supportive they are and also they don’t ask for too much. They never really ask for anything that is impossible to do. 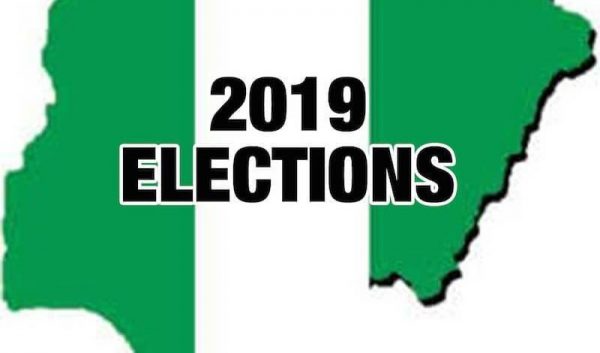 “For many of us, as we went around the country, we realised the tremendous amount of work that we need to do and our capacity to do so much work and what our people need. As a matter of fact, I don’t know any nation where the people are so generous no matter how poor they are.
“I met a woman in one of the markets in Kwara State, and she gave us some vegetables and I thought she wanted to sell them, but she was actually offering it to us free. I thought to myself, here is this woman I should be giving something to and she is the one giving a gift instead. That is just a typical Nigerian. I was walking past another woman in Kogi while shaking hands with people there, she gave me N200. I thought to myself, I am the one meant to be giving her something.

“There was another elderly woman here in Gwagalada, and that made the news, she pulled me aside and said, “Young man, you need prayers” and she prayed for me. People saw her holding my hands and praying for me, and I thought to myself, I am meant to be offering these people comfort and succour, but they are hopeful and offering the support, comfort, love and all of the things they thought at the time that we needed.
“On behalf of all of us who are here, I want to say a very big thank you to the Nigerian people for their contributions to getting us back here.
“We visited many homes across the country; we did the house-to-house campaign, visiting many homes and most of those homes were the homes of the poor. But they were still very hospitable and they would still ask, “What will you eat? What will you drink?”
“I remember an encounter in Idanre, Ondo State, where we met a man; he was so excited we visited him in his home. He said, “This your government is the best I have ever seen.” He said all sorts of very nice things, then the Local Chairman of the APC in Idanre said to him, “But you are PDP this man.” The man then said, “How can you say I am PDP? Okay, I used to be PDP, but from now on, I am now APC!” “It struck me that what we need to do more is connect with the people that we govern. All that the people want are opportunities for us to interact more with them. Somebody who gave a speech earlier said that we should govern in this same way.
“One of the complaints that people made about our government is that we didn’t communicate well enough and people didn’t even know what we had done. I think they were probably right, and we did very well in terms of our messaging during the 2015 campaign, but thereafter, we seemed to have slacked and over time, the opposition began to get the better of us, especially on Social Media and Radio. But all of that is definitely going to change.I am going to take on everyone who has challenged us on this matter, including the gentleman who has offered his services for communication purposes because this has to be a joint effort in ensuring that we put across our point of view.”

“And the simple reason why that is so is that today what our country needs the most is honest government, that’s what our country needs. And I’ll tell you why as I repeated many times in the course of the campaign; our country is not short of ideas, projects or money. What we are short of is integrity in office. Corruption is the major problem that our country has faced. And once we are able to deal with it effectively, and we will, we will be the great nation we ought to be.

“I was saying to someone that this same President, President Muhammadu Buhari, of the four refineries that we have in our country today, he built three of them when he was Minister of Petroleum. Then he built 3km of pipelines, how much has been added to it since then?
“So, you don’t need to be a great orator. And this is one of the responses I gave to people when they were saying – “oh the president doesn’t talk.” He doesn’t need to be an orator; all he needs to do is be a doer. And that is what he is doing today.
“And what we’ve seen today is despite the fact that we are earning 60% less than the previous government, we are spending almost 8 times more especially for capital projects. Why? Because the president is not stealing the money, simple! That is why we are able to spend more. And just in terms of achievements in infrastructure, the Lagos-Kano rail, we have just commissioned the first phase, which is the Lagos-Abeokuta-Ibadan, and we are going to complete the Lagos-Kano rail.”

“We completed the Itakpe-Warri rail after 5 years it has been completed. Even the Abuja Light rail that was started in 2005 has just been completed.
“We put money aside to do the Lagos-Ibadan expressway, which had been practically abandoned; they would start and stop, they put it into the budget, but it would disappear. Today, the money is there to complete it.
“Sometimes, I talk to my friends in the Southeast about the second Niger Bridge, which was commissioned in 2014, but it was not designed, it was just commissioned. How does anybody do that? Today, the highest amount of money as an immediate payment for any project we have ever done was for the second Niger Bridge, 33billion immediate payment for that bridge. That is the highest amount of money we have ever put for one single payment.
“We’re going to start the Mambila Project, and have put money aside for it. All these projects are projects that the President himself not just negotiated, but supervises on a regular basis.

“And that is the thing; a lot of work needs to be done in this country. Infrastructures we need to put in place will be put in place. And the reason why is because the President is not a thief. And that is to just put it very simply. Many believe that the government is very complicated, no. If the man who is in charge is honest, everything we want to be done will be done, just take a look at our Social Investment Programmes.

“I was saying to some group of people that today we are feeding 9.2 million children every single day as part of our school feeding programme. We’re paying for 500,000 N-Power beneficiaries every month. We have given almost 2million traders TraderMoni loans, and almost 500,00 MarketMoni. Apart from that, we are giving N5,000 to the poorest of the poor per month, we are now approaching 500,000 and we are going to do a million.
“All of that has still not cost us N300billion. Yet some people ran a programme called Sure-P, and we cannot find a single beneficiary and it cost N700billion. On everything I’ve said, we still haven’t spent N300billion in 2 years.

“So, it’s not as if this business of doing the right thing is rocket science. The major thing is an honest man, as we have an honest man, everything we want to be done is what will be done. And I believe very strongly with your support, all of what we wish and want for our country will be done. And by the grace of God, every one of the infrastructure projects we want to be done will be done. Our economy will turn around and we will see prosperity in this great nation of ours.”
“Finally, let me just say that we are still not done with elections. On the 23rd of March, we still have some outstanding states. As you know, we are re-running in 6 States. All of the efforts that we need to put into those 6 States should be done, we cannot afford to slack up and say we are done; we still have some things to do.”
What are your thoughts on this story?
#2019presidentialelection#MuhammaduBuhari1APCProf Yemi Osinbajo