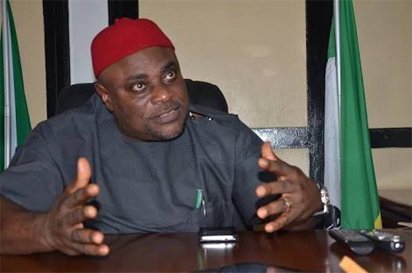 Addressing reporters at Amawbia after assessing last week’s presidential and national assembly elections, Oye said Igbo were digging their grave by not supporting APGA, a political party which they ought to use to launch themselves into national politics.

He said: “Our people play politics of emotion, rather than politics of pragmatism. Once they take a decision, everybody toes the line, which is not ideal. They are easily swayed by emotional consideration as demonstrated during the last two elections of 2015 and 2019. “Everything to them is about a particular interest and once they make up their mind to go towards a particular direction, that is where a sizeable number of them will go. “The Igbo should come together as a people to discuss their common interest. Their common problem is unity. They can’t always come together and they are easily carried away by extraneous things, as demonstrated in last two elections of 2015 and 2019. Igbo should realign themselves and re-determine the options before them. “What happened last Saturday was that the Igbo people worked as a team, but in the end, they lost. They won the battle of self assertion and lost the war. They asserted themselves, showing they can make things happen.

“It shows that if they had pulled resources together and worked under a political party, they would make more forays. Igbo need to play at the national politics, not ethnocentric regional politics knowing that Nigeria is a monolithic political structure. My advice is that our people should be wiser so that they can get things right. Oye observed that if Igbo did not change their style of politics, the much talked about Igbo president in 2023 might be a mirage. He however said that as the national chairman of APGA, he was working hard to make the party have significant presence in all parts of the country, adding that it was due to such effort that made it possible for APGA to win 11 national assembly seats across the various geopolitical zones during last week’s poll.