See The Incoming IG Of Police, As IGP Idris Finally Set To Vacate

Nigeria Daily Times gathered that the appointment followed a meeting the President had with the outgoing IGP, Ibrahim Idris, at the Presidential Villa, Abuja.

Efforts to confirm this from spokesman of the President, Mallam Garba Shehu, however, proved fruitless as he said he was not in a position to confirm the information.

Similarly, Special Adviser to the President on Media and Publicity, Femi Adesina, also said there was no official confirmation of the appointment.

But it was learned that the acting IGP was appointed by the President, in view of the retirement of the incumbent on January 3, 2019, when he clocked the mandatory 35 years in service.

He will be 60 years today. AIG Abubakar Adamu Mohammed hails from Lafia in Nasarawa State. He was brought from National Institute of Policy and Strategic Studies, NIPSS.

The retirement of the outgoing IGP has generated so much controversies as opinions of stakeholders in the polity had been mixed.

While some wanted him retained as the 2019 elections draw nearer, others contended that he should not be allowed to superintend the polls due to the controversies that had dogged his activities in office.

The meeting started around 4.30p.m when the President returned from a function organised by the Sultan of Sokoto’s Foundation for girlchild education at the Nicon Luxury Hotel, Abuja. Recall that President Buhari had met with the IGP, on Friday, January 4, 2019, shortly after the Jumma’at prayer at the State House mosque. 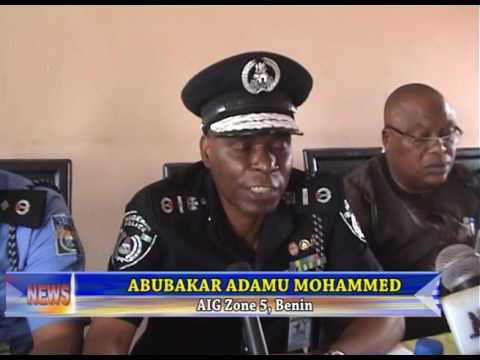 The IGP was appointed by President Buhari on March 21, 2016, to replace Solomon Arase, who retired from the police force on June 21, 2016.

He was enlisted into the Nigeria Police Force in 1984, after graduating from the Ahmadu Bello University, Zaria, with a Bachelor’s degree in Agriculture. He left the State House about 5:10 pm and the agenda of his meeting with the president was not made public at press time. Anxiety, as 7 DIGs risk forceful retirement There was, however, anxiety at the Police High Command, Abuja, yesterday, over the fate of seven Deputy Inspectors General of Police, if the new IGP, who is lower in rank, assumes office tomorrow.