Ekeremadu Disappoints Buhari And APC In A Fresh Political Move

The Deputy Senate President, Ike Ekweremadu, has reacted to rumour he has abandoned the Peoples Democratic Party (PDP).

Ekweremadu said he is still with the party as he and others are currently working on how to oust the All Progressive Congress in the forthcoming elections.The lawmaker’s commitment to PDP has been brought under doubt since the party primaries that produced former Governor of Anambra State, Peter Obi, as running mate to Atiku Abubakar, a former vice president.

Many believed the lawmaker is the highest ranking politician in the South-East and so should be consulted, if not chosen as Mr Abubakar’s running mate. The scepticism was further fuelled by Ekweremadu’s ‘silence’ in the media space since the primaries.

However, Ekweremadu took to his Facebook page to bring the doubt to a conclusion Monday morning. “My attention has been drawn to the orchestrated attempts by some characters to create the impression of a divided house in People’s Democratic Party, PDP, in the coming presidential election. Such characters dish out fake and divisive stories without source on a daily basis and attribute same to me. While I refuse to be distracted by such cheap blackmail, smear campaign, and extreme propaganda, it is important to reassure our supporters that the PDP is united and focused on wrestling power from the All Progressives Congress, APC.

He continued, “After the PDP lost the presidency and majority status at the National Assembly in 2015, I made it clear that I would stand by the party, no matter what. It took other party stakeholders and I a lot of efforts, sacrifices, soul-searching, and painstaking negotiations to hold the party together and rebuild it. If I did not abandon the PDP at its darkest hour, it does not make the slightest sense to say that I abandoned it now that its sun is rising again,” he posted on his Facebook page.

The lawmaker added that he is working with Mr Obi and others to ensure the victory of PDP in the elections. He urged his supporters to discard the rumour of his disloyalty.

The post reads further: “Meanwhile, I have held separate meetings with our Vice Presidential candidate, Peter Obi and the Chairman, South East Governors Forum, Dave Umahi, to work out strategies for the success of our party and candidates in the coming elections. We are also setting up a meeting of South East PDP stakeholders by weekend to continue to strategise on the coming elections. I have no doubt that the South East leaders will deliver the region overwhelmingly to the PDP and I expect that other leaders will also do the same in their respective geopolitical zones.

“Therefore, I urge our supporters not to be distracted by such propaganda as we approach the critical stages in the coming elections. We should rather focus on delivering the votes to ensure the success of our party.” 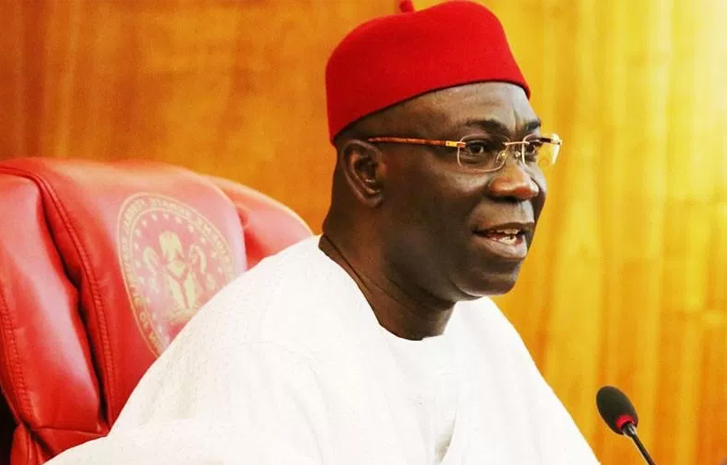 Mr Ekweremadu is aiming to return to the Senate in his Enugu West constituency in the National Assembly election slated to hold on March 2. The presidential election will hold on February 16 according to INEC timetable.

What are your thoughts on this story?