The Muslim community in  Ebonyi State have demanded N2.5 billion for compensation from the State Governor, Engr. Dave Umahi, for alleged ill treatment by his administration and past governments of the state, even while seeking security for the Muslim communities across the state. The statement noted that “the unabated maltreatment and frustration of Muslims of Ebonyi State have been the trend of the past administrative governments of Ebonyi State until 2015 when Umahi took over to open hell on them.” It said that Umahi “has openly declared himself as the governor of the Christians, though he plays to the gallery at the federal level.” According to the Forum, “The Islamic Center Afikpo was heavily attacked and damaged during the then Governor Sam Egwu’s regime and nothing was done despite all watery and lips promises by the governor. The Azan saga that put the Ebonyi Muslim community in disarray was during the regime of then Governor Martin Elechi.”

The Forum said that Umahi’s regime has been the worst for Muslims of the state. It charged the Nigerian Muslim leadership to take note of the discrimination and anti-Muslim policies by the governor.

The statement issued on Wednesday in Afikpo alleged that about 2,500 pastors called Dave Umahi’s 2019 Mandate Pastors are on the payroll of the state, in addition to building a multibillion naira ecumenical centre in the state as well as giving the Christian Association of Nigeria (CAN) a N500 million cash donation to share from the Ebonyi State treasury. It identified other numerous gifts aimed at establishing pastors and bishops of other communities outside Ebonyi State such as about 1,000 bags of rice and yams of equivalent number in addition to N10 million to Father Ejike Mbaka. “The Ebonyi State chapters of the Nigerian Supreme Council for Islamic Affairs (NSCIA) and Jama’tu Nasril Islam (JNI), the Ebonyi Muslim Council, the Ebonyi chapter of FOMWAN, amongst other, have never benefitted anything from the governor,” the statement said. 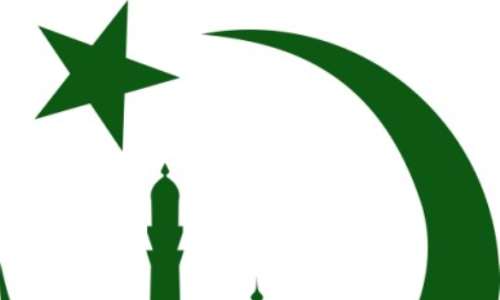 It recalled the N120m collected by the governor via request ref: GOV/EBS/SG/1.65/IX/17 dated 30th May, 2018 to the Ebonyi State House of Assembly (ESHA) in the name of Support to Muslims on Ramadan fast and how bank account numbers of Muslim widows were collected for no reason. “The area where Muslims predominately live in Abakaliki, the Murtala Muhammad Layout, has been denied electricity for over one year. It is very worrisome for what purpose the accounts of Muslim widows in the state were collected by the Umahi’s government,” the Forum alleged.

“These are Ebonyi State taxpayers’ money of which 27% of the tax income, going by the recent demographic survey of the Igbo Muslim Forum using the PEW Forum’s (2009) household representative survey system, comes from the Muslims,” it said. The statement added that no a single Muslim organisation (including the Ebonyi State Muslim council) or an Imam “benefited in the spending jamborees of the governor of Ebonyi State rated one of the poorest states in the country.”

The statement wondered why the governor would not be accused his opposition groups of lavishing $120 million loan he acquired from AFDB and IDB in the name of the state “when he is the richest governor in unproductive expenditures that should have added to the achievements he has made. “

According to the statement, “Is the governor adamant of the existence of large number of Muslims in Ebonyi state? Does he act with the belief that the Muslims have no voice or force to demand their rights as bonafide citizens? Instead of carrying the Muslims of the state along, they are further intimidated with unknown source of rumour that the Muslims of Ebonyi State are buying Permanent Voters Cards (PVCs) in favour of All Progressives Congress (APC).

“The discriminatory conducts of the governor against Muslims of Ebonyi are becoming points of discussion amongst the Muslims. They have resolved to officially write and demand for a state sponsored Grand Mosque for the Muslims, to be given N500 million as given to the CAN, Imams in the state to be listed in the Dave Umahi 2019 mandate, and to be given commissioner slots and other appointments after election come 2019. Members also agreed to use their votes as a block to determine the next governor for the state. However, community sensitisation is underway.”

The statement related an ordeal narrated by the Chief Imam of Afikpo Central Mosque and the Chairman of Ebonyi State League of Imams, Sheikh Hassan Eleje, on how a pastor among the Mandate Pastors called on December 16 and interrogated him on his political affiliation. The statement said the Imam was accused of working with the All Progressives Congress (APC) against Umahi’s second tenure bid and that a Peoples Democratic Party (PDP) chieftain from Afikpo, one Honourable Opia, has been delegated by the governor to visit him (the Imam). He was also advised to be ready for invitations from the State Security Services (SSS). “The Imam said it is one of their tactics to cage and make Muslims voiceless in the state,” the statement said.

It added: “Ebonyi State has benefited immensely from Islam. The case of Afikpo Islamic Centre is one institution when any scholarly discourse relating to Islam in Nigeria is mentioned must come to fore. It is one of the focal destinations for tourism in Ebonyi State. It will be reductionist for Ebonyi State to deny the overly positive contributions Islam has brought to the state and the opportunities it stands to remit further, an impact they owe moral obligation. It’s high time the state governments of Ebonyi acknowledge these prospects and opportunities and make adequate compensations. Taken into account is the immortalisation of the founder’s name, Sheikh Ibrahim Okpani Nwagui.”

The statement said that Governor Umahi “must understand that Ebonyi State is under the Nigeria federation, which stipulates freedom of religion in her constitution. Nigeria recognises three prevalent religions namely; Islam, Christianity and African Traditional Religion (ATR). Under the federal law, states cannot adopt any official religion. Contrary to foregoing is what is in the offing presently in Ebonyi State where the Governor incessantly deny the Muslim minority rights through intimidation and consequently restricts them from political participations and economic empowerment.”

It further said: “From inception as Governor, he removed the government subsidy on Muslim Pilgrimage to Saudi Arabia and uses the very few seats he approves to make friends with politicians of Muslim majority states. Some of the board members testified they never visited the Holy Land once. Is it same with the state Christian Pilgrims to Jerusalem? While there was no single state sponsored pilgrim from the Muslims of the state this year, including the board Chairman who led the self sponsored state contingent, the Christians were fully sponsored. There is the need to support Muslim politicians in Ebonyi State. We deserve appointment from the Buhari-led federal government of Nigeria”, they opined.

“In reality, there is no society in the present globalised world that is strictly mono-ethnic or religious homogenous in nature. The earlier a society embraces itself of this reality and makes amendments, the better for that society, albeit, diplomacy and not discriminations, is the best answer to religious, ethnic or cultural discrepancy in a society. Denial of religious or any other group in a state is simply sitting on a time bomb. The greatness of modern countries of the world like USA, Malaysia, et cetera are the multiple ethnicities, religions and tribal affiliations that made up those countries.”