Deputy Senate President Reacts After Being Used And Dumped By PDP

The Deputy President of the Senate, Senator Ike Ekweremadu, has debunked speculations that he was leaving the Peoples Democratic Party.

He reassured his supported that he remained a member of the opposition party. Ekweremadu said this in a statement posted on his Facebook page, @iamekweremadu, on Wednesday.The Senator wrote: “I am presently out of the country on a pre-scheduled engagement.

“In the past 24 hours, I have been inundated with calls from friends and political associates seeking clarification on the rumours of my departure from the Peoples Democratic Party (PDP), which has dominated the media.

“Let it be known that my path in politics is in the hands of the Almighty God, who has indeed been very faithful and gracious to me. I’m very grateful to God for this, my vision in politics is a system that works for everybody, a social and political environment where everybody, every section, and every tribe not only counts but is also seen to count. As leaders, we must be mindful of this, for any system built on anything less will not endure” he added.

“I am grateful to you – members of my family, my friends, political associates, and admirers across Nigeria and beyond – for your uncommon concern. I am indeed humbled by your kind words of solidarity and support, Please, rest assured that I am still in the PDP” he said. 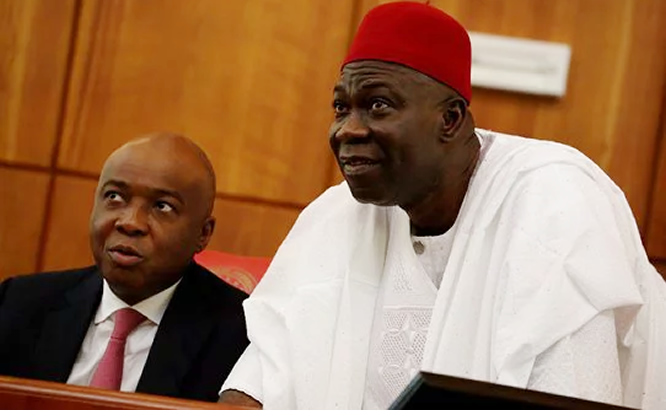 Meanwhile, sources close to the senator have revealed that he is not happy about the “use and dump” attitude of the major opposition party.

One of the sources said apart from not being consulted in picking a running mate to Atiku Abubakar, presidential flagbearer of the PDP, Ekweremadu did not make an input in the composition of Presidential Campaign Council (PCC). 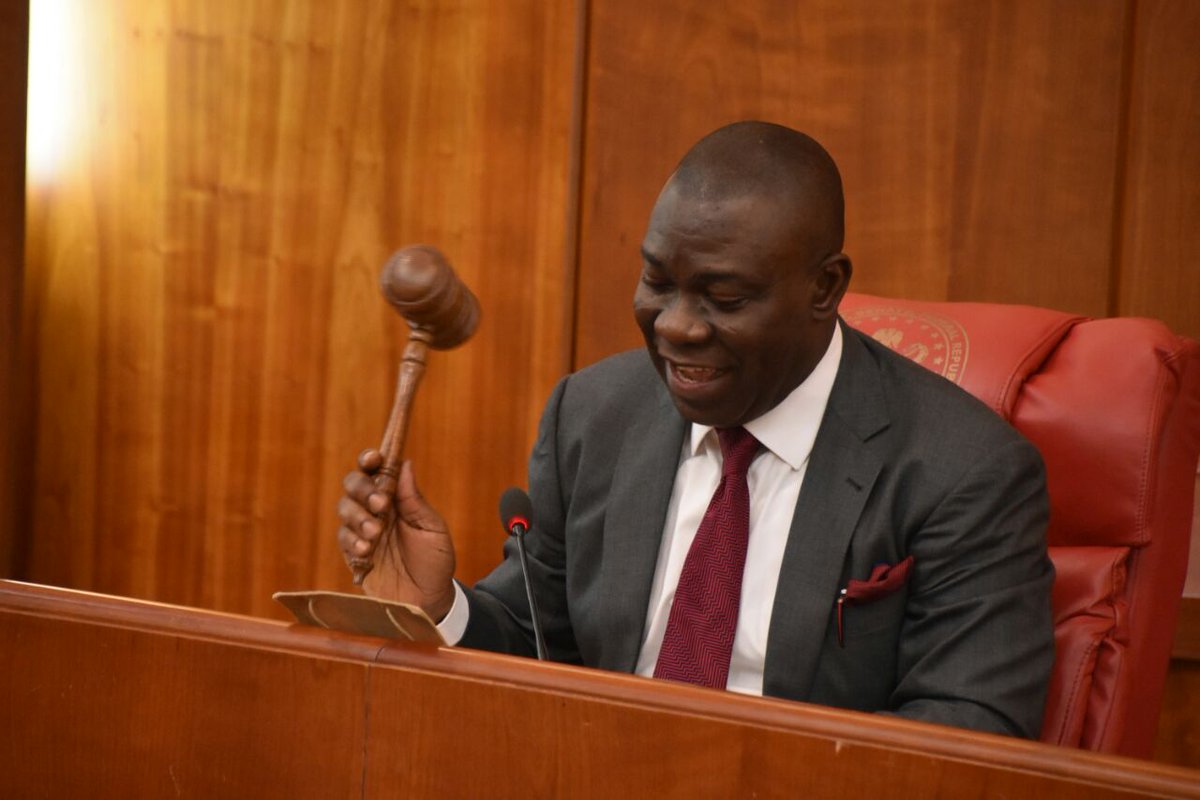 Senate President Bukola Saraki who recently returned to the PDP is the director-general of the council. The source said Ekweremadu became the “bastion” of the PDP when everything was bleak. The source said, “Not only is the senator’s name missing on the list of the Presidential Campaign Council (PCC), he just heard it in the news like every other person and made no inputs. So, they don’t need any soothsayer to know that there is a serious gang-up against Ekweremadu,”.

“Why was Ekweremadu charged to court with distinguished senator Saraki over senate standing rule? Why has he been harassed by the law enforcement agencies for the past three years? Why was his official guest house raided by the police? Why has he been subjected to media trial? Why did the police and the Economic and Financial Crimes Commission (EFCC) lay siege to his home to forcefully remove him and senate president? It was all because of PDP.

“So, the general feeling in his camp is that he has been used and dumped and should, therefore, take a serious look at his future with the PDP. But I know Ekweremadu has not yielded to such pressures yet.”

Another source said the All Progressives Congress (APC) has been wooing the deputy senate president to join its fold but he has refused to because of the “south-east interest”.

Ekweremadu recently got the PDP ticket to represent Enugu West Senatorial district for the fifth time.

It would be recalled that it was reported that Deputy Senate President, Ike Ekweremadu, wanted to dump the Peoples Democratic Party (PDP). It appeared that the 56-year-old lawyer and politician is dissatisfied with the treatment meted out to him by the PDP especially after the Port Harcourt primary election which produced Atiku Abubakar as the presidential candidate.

Sources revealed that there is a general feeling that Ekweremadu has been sidelined by the PDP after Atiku’s emergence. While condemning Ekweremadu’s alleged maltreatment, a Senator who craved anonymity said Ekweremadu would have made a better vice presidential candidate for the PDP. It was revealed that “There is a clear grand conspiracy against Senator Ekweremadu and it is just unfair,” a source told Vanguard. “The issue is not even the mishandling of the processes leading to the emergence of former Governor of Anambra State, Peter Obi, as the running mate to PDP’s presidential candidate, in which the South East leaders were totally sidelined. The issue is a deliberate attempt to sideline the Senator in the emerging scheme of things within the party.

“I am not talking about him not being nominated as vice presidential candidate. In any case, he has shown more interest in restructuring and other key South East interests than in vice presidential ticket. In the discussions leading up to our consideration of the aspirants and eventual decision to give a block vote to Atiku, he always said that the South East should go for the substance than for sheer title.

“To show that the sidelining of Ekweremadu was deliberate, none of the key actors have even reached out to him. The announcement was made on Friday, but Obi only started moving round on Sunday, in the evening. And I did not see him move with the National Chairman or National Secretary. It would have been ideal for Obi, Prince Uche Secondus and some other senior party leaders to have flown into Enugu that Saturday to meet with South East leaders. “Assuming Atiku heard that there was a subterranean effort to substitute him, wouldn’t he have since rushed home or even canceled his trip out of Nigeria that Saturday to address the matter? And was it too much for him or Uche Secondus to pick a phone to call Ekweremadu, especially given the role he has played in calming the angry South East party leaders?”