Ekiti State Governor, Dr. Kayode Fayemi, was the cynosure of all eyes on Thursday as he joined other state governors for a meeting of the National Economic Council.

The council chaired by Vice-President Yemi Osinbajo has all state governors and relevant ministers as members. The meeting is holding inside the Council Chamber of the Presidential Villa, Abuja.

Fayemi, a former Minister of Mines and Steel Development, is attending the council’s meeting for the first time as Ekiti State Governor under the current dispensation having been inaugurated on Tuesday. He arrived at the venue of the meeting at about 10.54am to the embrace of his colleagues who felicitated with him on his election and inauguration. 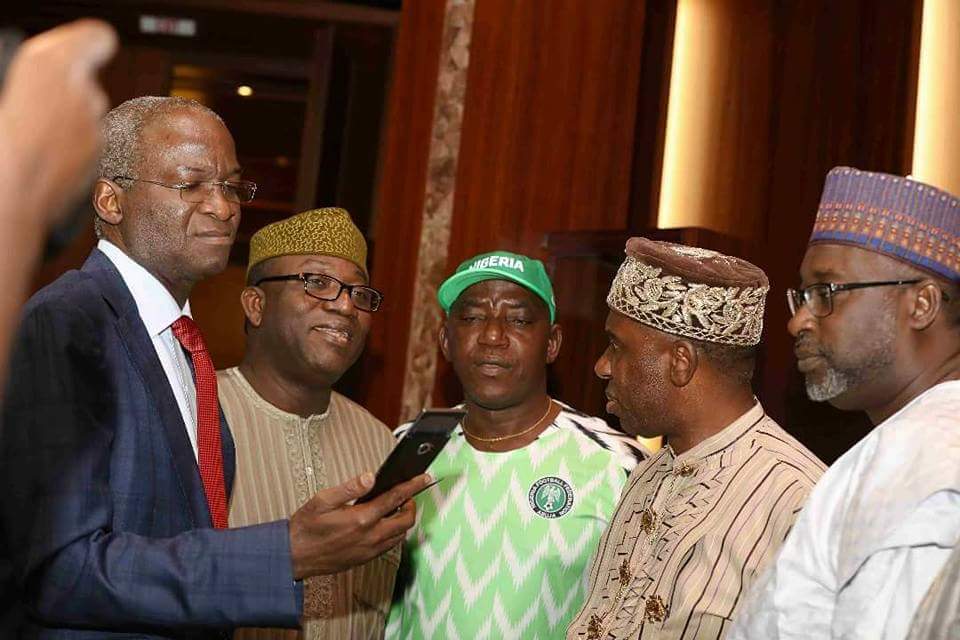 He went around the hall to have a handshake with his colleagues. Cameramen and photographers had a field day taking his shots as he moved from one point to the other. The meeting started around 11.05a.m when the Vice President called for the rendition of the National anthem. The opening Muslims prayer was offered by the Niger State Governor, Sani Bello. 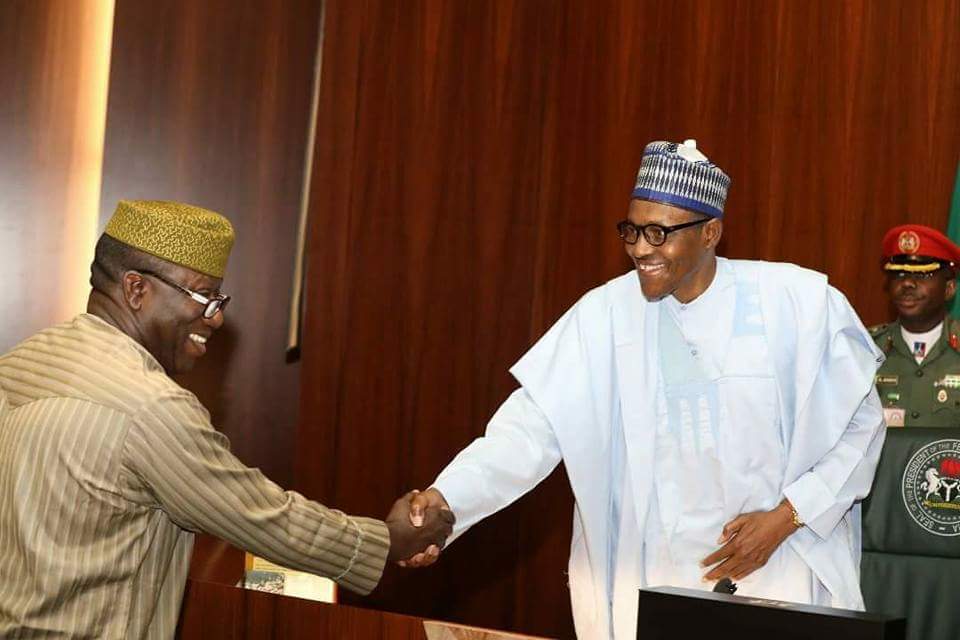 The Independent National Electoral Commission had declared Fayemi as the winner of the July 14 governorship election. The results indicated that Fayemi polled 197,459 votes while his closest rival and candidate of the Peoples Democratic Party, Prof. Kolapo Olusola, got 178,121 votes.

The 53-year-old governor is a native of Isan-Ekiti in Oye Local Government of Ekiti State. He was defeated by Mr Ayodele Fayose in 2014. This is his second term as the governor of the state. The state Chief Judge, Justice Ayodeji Daramola, administered the Oath of Office on Fayemi on Tuesday in Ado-Ekiti.

He will serve for only four years, having been governor of the state between 2010 and 2014 under the platform of the defunct Action Congress of Nigeria.

It was reported that President Muhammadu Buhari was represented at the event by the Secretary to the Government of the Federation, Mr. Boss Mustapha. Also present were the governors of Kaduna, Nasir el-Rufa’i; Oyo, Abiola Ajumobi; Kebbi, Atiku Bagudu, and Lagos, Akinwunmi Ambode. 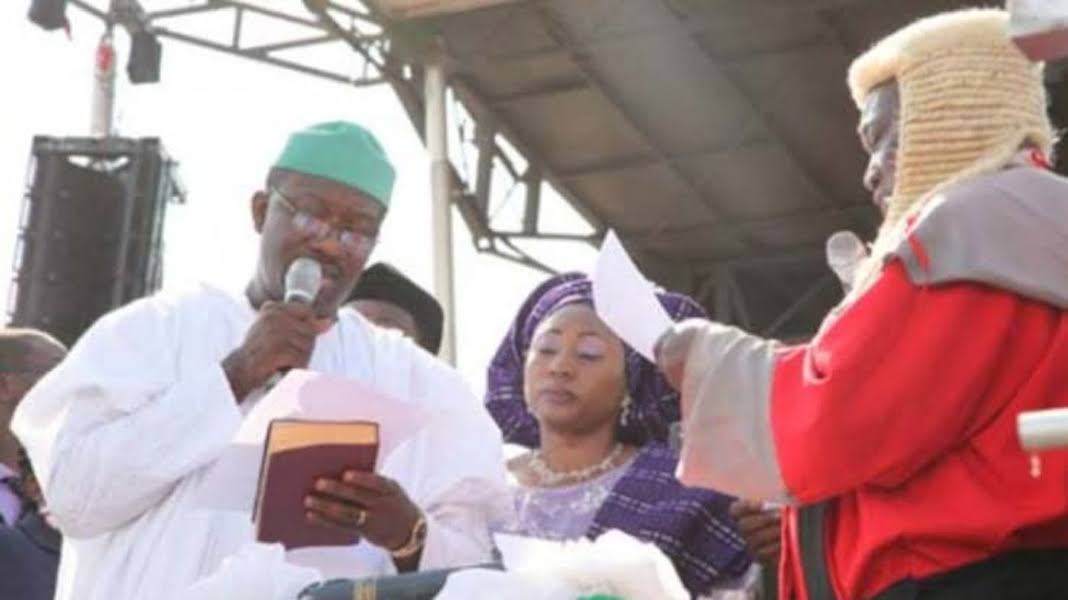 Mr. Oyebode, a seasoned journalist, served as CPS to the governor in his first term. He later served as Special Adviser on Media to him when he was Minister of Mines and Steel Development. “The appointments are with immediate effect,” the statement said.

Ekiti State Governor, Dr.Kayode Fayemi has named a 19-member transition committee saddled with the responsibility of organising a hitch-free handing over and the inauguration of a new government come October 16, 2014. The 19-member transition committee comprises of top functionaries of the present administration in the state and nominees of the Governor-elect, Mr. Ayodele Fayose.

Omoleye, a former University administrator and former Chairman of Ijero Local Government, had also served as Special Adviser in the Governor’s Office. Oyebode, a seasoned journalist, served as Chief Press Secretary to the Governor during Fayemi’s first term.