These are top 5 influential politicians of Nigeria 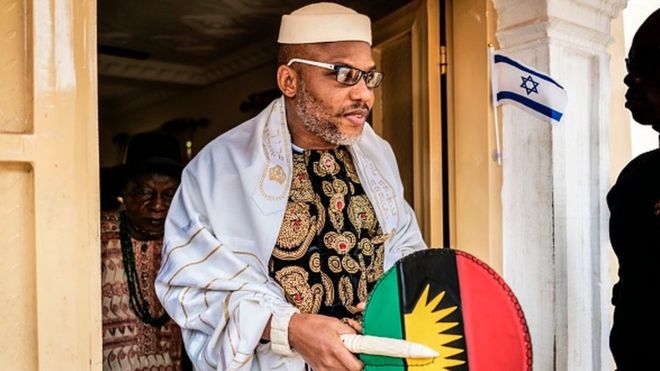 Kanu is actually Nigeria’s number one concern at the moment as his Indigenous People of Biafra (IPOB) and other similar groups look to secede from the union called Nigeria.
Kanu is on this list because of how he was able to raise the issue of the ‘Igbo question’, sing lehanded and bring it to the notice of not just the Nigerian government but also the world. He so influenced the situation that after about fifty years, the Biafra issue was once again debated on the floor of the British parliament.
While his agitations and desires may be controversial or even artificial, his influence on the movement is nothing short of astounding, moving millions of people in the South East to the point of protests often at the expense of their own lives.
Ever since he’s been released on bail in 2017 he’s continued to push his movement and wield more power, the guy literally controls an army of “Biafran Youths”, he recently ordered a sit at home. protest which was heeded by many 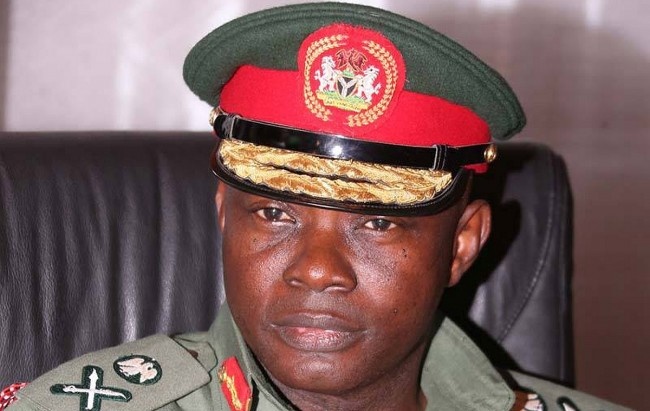 Major General Abayomi is the chief of defense staff of the federal republic of Nigeria as many may not know him.
The Chief of Defence Staff is the highest ranking military officer of the Nigerian Armed Forces. It is occupied by the most senior commissioned officer appointed by the President, Commander-in-Chief of the Armed Forces of Nigeria. The position was established for the first time under Nigeria’s 1979 constitution.
The Chief of Defence Staff reports to the commander-in-Chief with administrative supervision of the Honourable Minister of Defence. It is the duty and responsibility of the CDS to formulate and execute policies, programmes towards the highest attainment of National Security and operational competence of the Armed Forces namely; the Army, Navy and Air Force. The CDS is assisted by the other Service Chiefs:
Chief of Army Staff,Chief of Naval Staff,Chief Air Staff
This man has the whole Nigeria military, under his command.
If Nigeria were to be in the military regime period he might as well be the head of states.

Tinubu the National leader lets say “CEO” of party in Government (APC). Which means his power goes across all political governors,senators,reps and more who got elected through his party.His influence extends across all states and in Nigeria.
Tinubu is sure and well close to the president and one of the major people behind the president’s victory in the 2015 elections.
Report has it; Tinubu requests for whatever he wants from all apc governors,senators,reps and more. Which indirectly puts him in a powerful position in Nigeria.
Even though this year has been full of controversies about the influence he wields in his party he’s managed to show he is still in the game and still keeping the APC party together 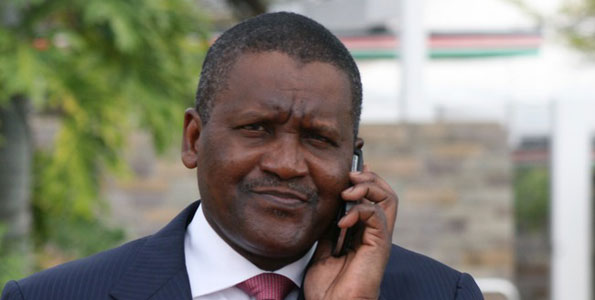 Dangote known by many is a Nigerian billionaire’ who owns the Dangote Group, which has interests in commodities, known to be Nigeria and Africa’s richest personality.
Dangote’s involvement into Nigerian politics won’t be left unnoticed, we notice Aliko has been some someway connected to many Nigerian presidents both present and past which shows he does romance with the Nigerian Government with his money and status.
Dangote’s products are so many in the Nigeria markets today most especially the Dangote cement, he could do a lot of damage or favour to Nigerians if he increase or decrease the price of cement.
Dangote’s influence in the country is a sure a great one.

Ranked in this same position in the last 2years, Bukola Saraki as most of us know is the present senate president of Nigeria, the senator who got elected into power 2years ago is the second most powerful person in Nigeria for this year.
As The senate president he has power over a lot things most especially when it comes to making the law. The senate president is the no.3rd citizen of the country which means in any case the president and the vice president is missing he would be the acting president of the country.
Saraki’s influence in the political world sure can’t be left unnoticed as he has a lot of senate members backing him in the house and influential political personalities behind him. We can conclude Saraki is someway somehow close to the president.
With the influence he’s made this year from passing good bills to pushing the made in Nigeria movement and more we’ve ranked him as the second most powerful person in Nigeria 2017.