In the Philippine island of Mindanao, a 6.9-magnitude earthquake has just struck this Saturday. This has triggered a brief tsunami warning. The quake struck southeast of Davao City at a depth of 59 kilometres (35 miles), the US Geological Survey said, a week after a volcano-triggered tsunami killed more than 400 people in neighbouring Indonesia.

The Pacific Tsunami Warning Center warned “hazardous tsunami waves from this earthquake are possible” along the coasts of Indonesia and the Philippines.

However, waves were forecast to be less than 30 cm (12 inches) above tide level, it said, while Philippine monitors warned that “minor sea level disturbances” were to be expected.

The Philippine government’s seismology institute initially advised people to “stay away from the beach and not to go to the coast fronting the Philippine Sea,” for about two hours after the quake.

But it later cancelled the tsunami advisory, saying that wave heights had returned to normal.

Although people rushed out of buildings during the quake, the civil defence office said it expected no damage or aftershocks.

The office said cities in the south of the country felt “moderately strong” shaking but the authorities in the affected areas said they had no immediate reports of damage or casualties from the quake.

The Philippines and Indonesia lie on the so-called Ring of Fire, a vast Pacific Ocean region where many earthquakes and volcanic eruptions occur.

The most recent major quake disaster to strike the Philippines was in 2013 when a 7.1-magnitude quake left more than 220 people dead and destroyed historic churches in the central islands. 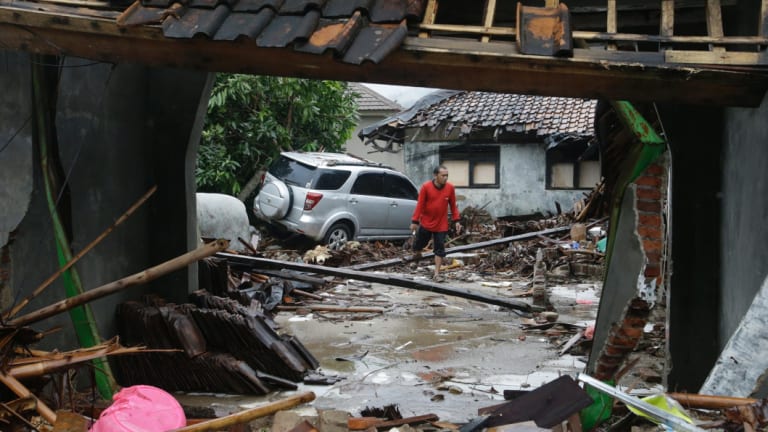 Indonesia has been hit by two major tsunamis this year. More than 400 people were killed last weekend after an erupting volcano triggered a deadly wave that struck the coastlines of western Java island and south Sumatra.

A quake-tsunami in September killed around 2,200 people in Palu on Sulawesi island, with thousands more missing and presumed dead.

Let us know what you think about this story, drop your comments in the comment section below.