A Nigerian lady has taken to the micro blogging platform to narrate a scary encounter she had with a Nigerian soldier at CMS bus stop in Lagos.

”Y’all should help me thank God oo one unfortunate soilder wanted to rape me cause i was putting on something similar to camo he told my bike man to drop me and he was on bike too. At first i don’t know my offence i was ahh kini monshey? My bike man also surprised so he said i should follow his own bike. I was like oga where to? 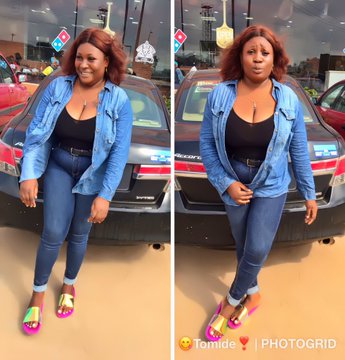 He didn’t say anything and i instead am going no where with him until this animal brought out koboko and threatening me and my bike man. So my bike man kept quiet and people at the busstop were telling me to follow him without knowing his barracks and all this time i was really scared i shaa enter the bike with him my bike man was following us could y’all believe this animal change direction to a dark place.”

He now told me to drop i did while my bike man was hiding behind us that was how i started crying this oloribu was about to touch me before my bike man came outside from his hideout and confront him. Above his the picture of the bike man and the camo”