The alarming level of insecurity in Nigeria has fueled the crime rate and terrorist attacks in different parts of the country, leaving the nation and its citizens with unpalatable consequences. 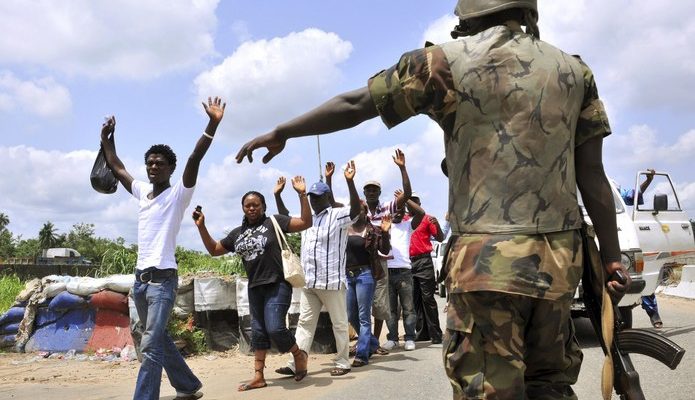 In addition to this is an increasing rate of kidnappings and armed robbery attacks which has left Nigerians in constant fear and uncertainty. The problem of insecurity in Nigeria didn’t just start overnight, there are factors that led us to this repulsive level of insecurity and vulnerability and these factors are: 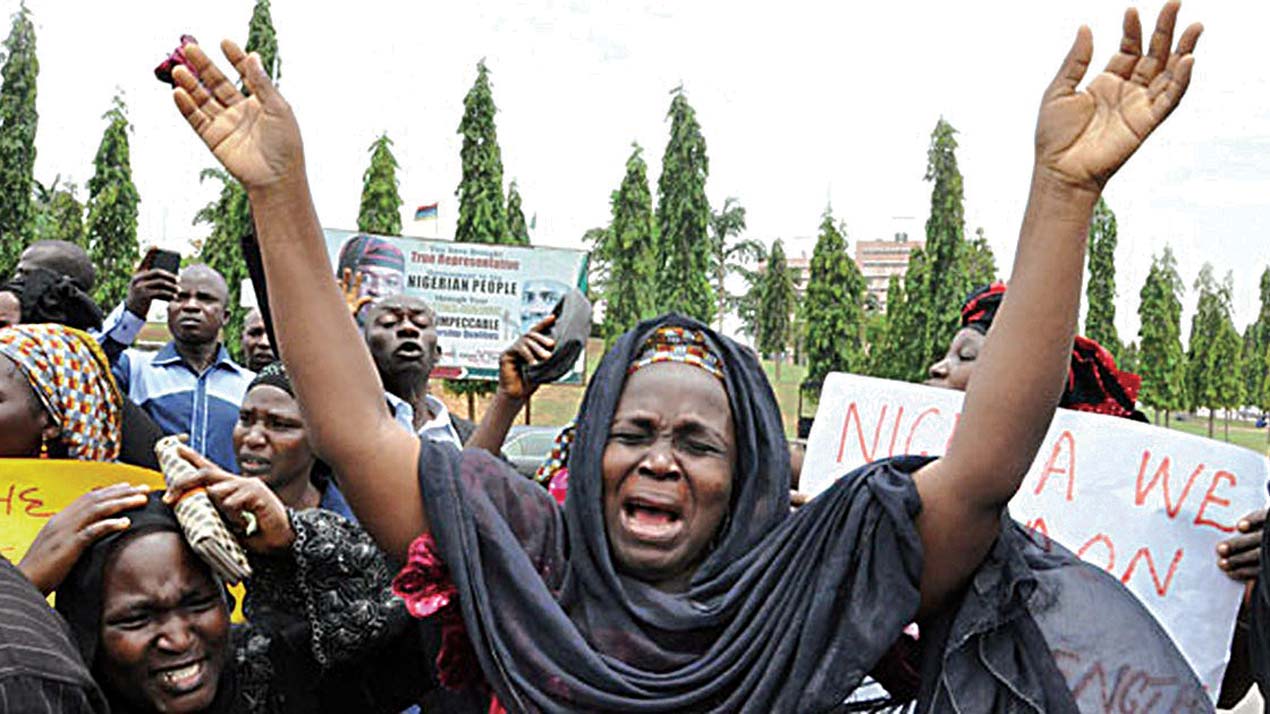 1. Unemployment
Unemployment is one of the major issues affecting Nigeria’s economy and its society. The rate of unemployment has increased over the last few years due to the fallout from economic challenges. The majority of the people affected by this unemployment scourge are the youths. You find sound, active and agile youths who have the physical ability and mental strength to work but are unable to find suitable paid jobs for a long period of time and at the end of the day, after much frustration and depression, they resort to committing crimes which in turn leaves the nation in an insecure state. 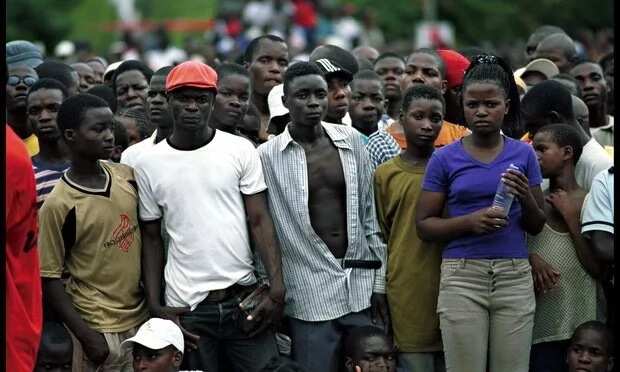 According to the Bureau of Statistics, 38% of the population that falls within the employable age are unemployed and 65% of Nigerian youths faced unemployment as at September 2016. As of 2018, the unemployment rate increased to 22.70 percent in the second quarter and 23.10 percent in the third quarter. 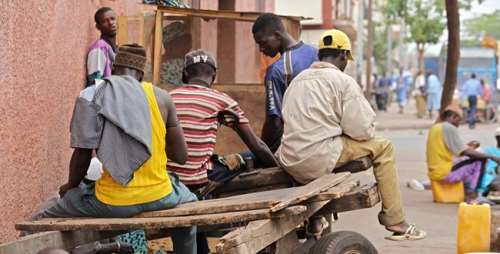 2. Corruption
Corruption, which is mostly political, is a persistent phenomenon in Nigeria. The rise of public administration and the discovery of oil and natural gas are two major events believed to have led to the sustained increase in the incidence of corrupt practices in the country. Efforts have been made by the government to minimize corruption through the enactment of laws and the enforcement of integrity systems but with little success. In 2012, Nigeria was estimated to have lost over $400 billion to corruption since independence. 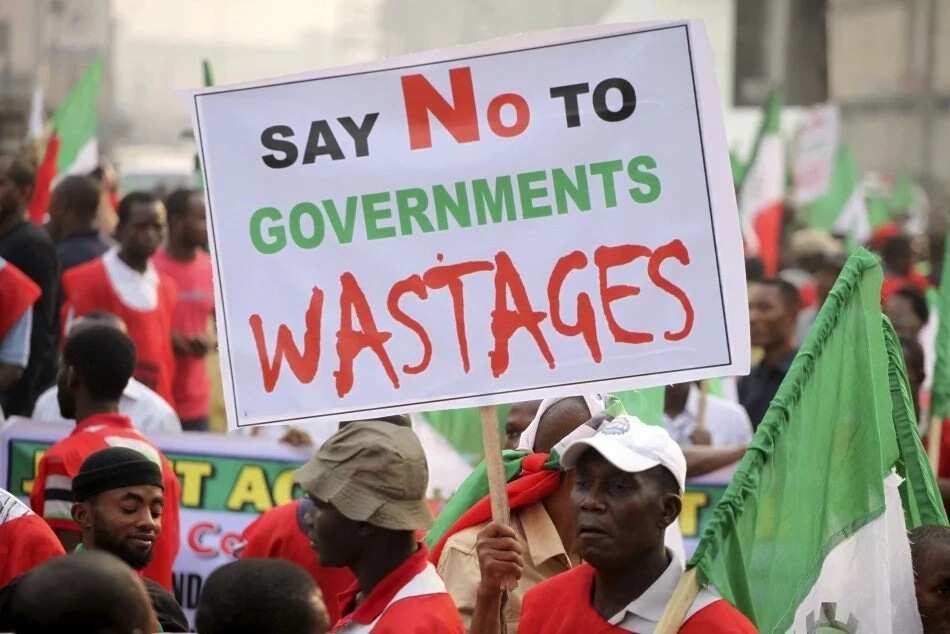 Greed, ostentatious lifestyle, customs, and people’s attitudes are believed to have led to corruption. Another root cause is tribalism, where you have friends and kinsmen seeking favors from officials which can impose strains on the ethical disposition of the official as these kinsmen see government officials as holding avenues for their personal survival and gain. The Transparency International places Nigeria at the top of the list of most corrupt countries in the world. 3. Weak Judicial System
Nigeria’s weak judicial system has contributed to its insecurity issues. People feel insecure when criminals and terrorists are left to go scot free. We live in a country where money buys criminals their freedom no matter the gravity of their crime.
The corrupt system proves this line of thought. The rich buy their freedom and the poor do not feel secure because of that. The judicial system in Nigeria has failed the citizens especially the masses. A good number of people in jail today are in there for crimes they didn’t commit. The poor wallow away in poverty, pain, and distress, while the rich enjoy the good life without giving a damn about anyone.

4. Imbalance
Different parts of Nigeria have different speeds of development. Due to this, the oil-rich regions of the country feel disturbed when the Federal Government use their oil and do not develop their society. People from these regions feel cheated and want to take justice into their hands which leads to the vandalization of oil pipelines. This, over the years, has been one of the major causes of insecurity in Nigeria. 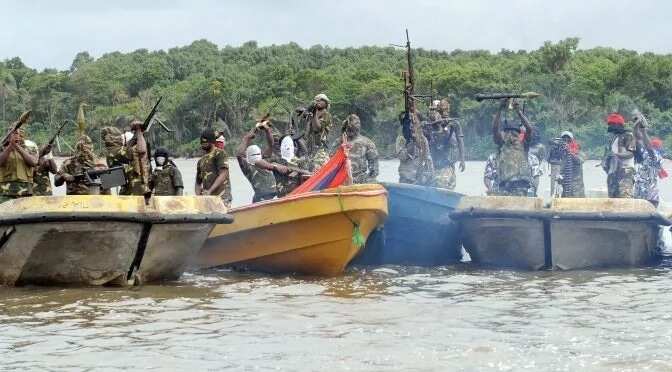 5. Open Borders of Nigeria
Nigeria has borders that are poorly guarded, which is why we have cases of insurgents from other countries infiltrating the country without problems or obstructions. This situation is especially more prominent in the North East region and the Federal Government have been unable to provide enough troops to secure the borders. Porous coastal borders are ultimately the main cause of terrorism in Nigeria.

6. High Influx of Arms
Smugglers use porous coastal borders of Nigeria to sell arms. The Corruption system and weak judicial system only helps smugglers to sell even more guns. They provide pistols, shotguns, rifles, assault rifles, grenades, and explosives to terrorists, bandits, and other criminals. These guns are used against the people and military forces. The Federal Government of Nigeria understands this situation and tries to find a solution, yet, it’s been a complex problem.

7. Terrorist Threats
Terrorism in Nigeria is not new to us. Boko Haram and the Niger Delta Avengers are two main terrorist organizations that have caused the most damage to Nigeria. The country has been faced with terrorist attacks for a decade now and there seems to be no luck yet in fighting the menace. 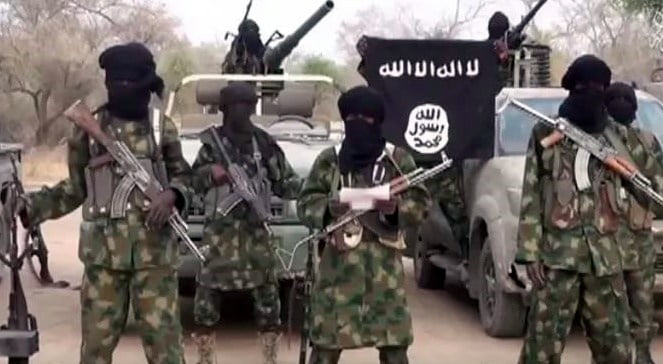 8. Narcotics
Narcotic trafficking is one of the causes of insecurity in Nigeria. Criminal groups are involved in smuggling of illegal substances to Europe, Asia, South Africa, and North America. Nigerian gangs are one of the largest distributors of opium in the world. It is the duty of the Nigerian government to fight this criminal trafficking as it affects the entire country. The Federal Government should initiate cooperation with other countries to fight such criminals, opening an international investigation on the matter and creating groups responsible for this. 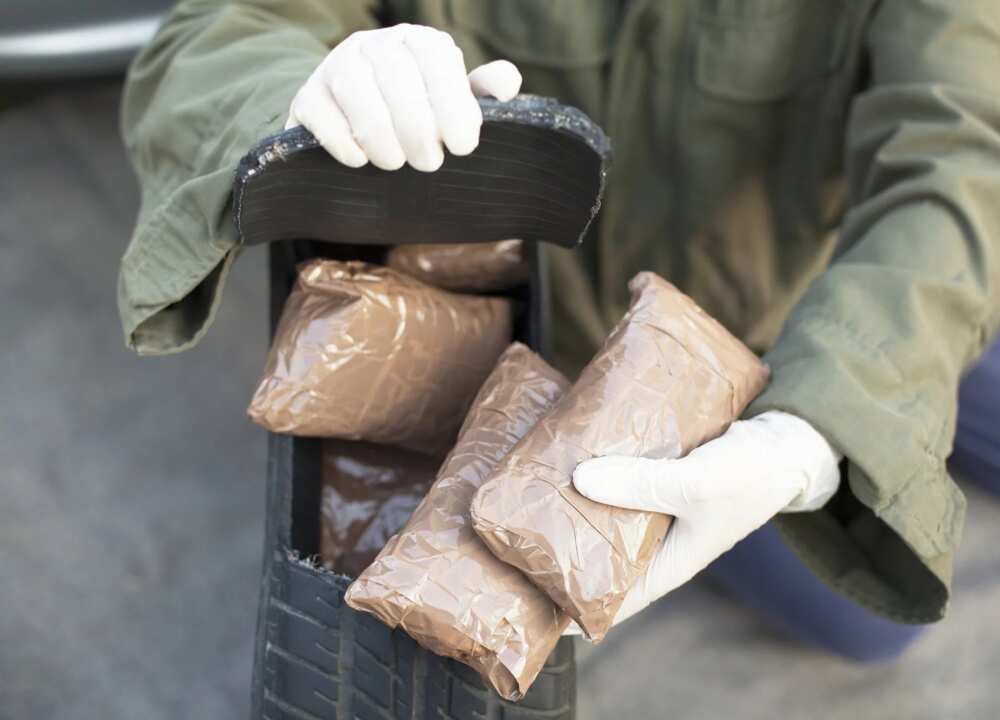 9. Criminal Situations in Nigeria
Over the last few years, Nigerians have been victims of robberies, which sometimes happen in daylight. Organized criminal gangs have taken over the streets of Nigeria. People do not feel safe walking on the streets anymore, especially at night. Europe also feels the criminal situation in Nigeria. The “419 Scams” aka YahooYahoo have tricked a lot of Europeans and Americans into parting with money. This is a very common situation in Nigeria which thankfully, the Federal Government has been looking into it lately. 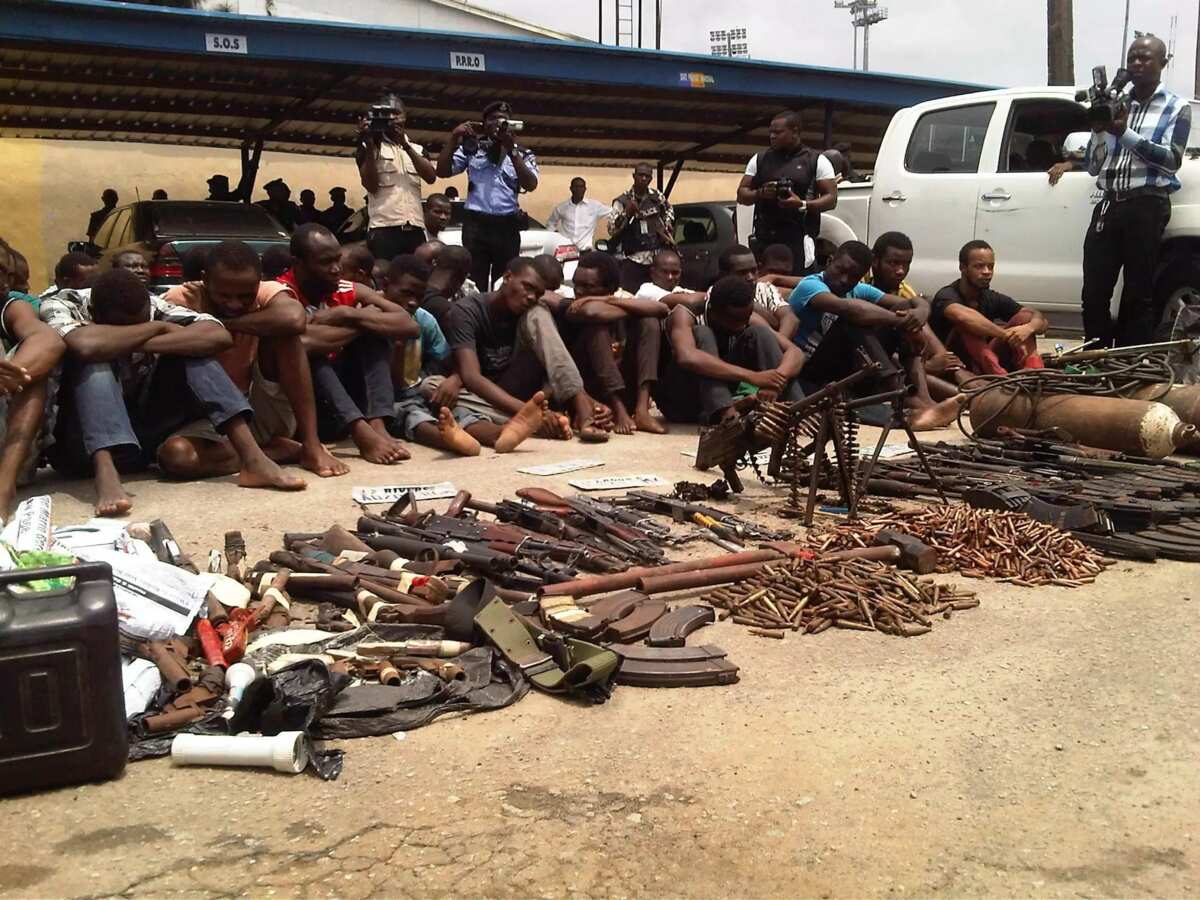 10. Slavery in Nigeria
The Walk Free Foundation of Global Slavery reports that a lot of Nigerians are trapped in human trafficking. For instance, women in Nigeria can be tricked to migrate to other regions in the country. They hope to find good jobs, but, instead of promised jobs, they end up selling their bodies for money. Some of them are even sold to foreign brothels. The situation of human trafficking and forced labor in Nigeria is horrifying. It’ll be a good thing if the government is able to fight this to the core and arrest individuals involved in the illicit act. 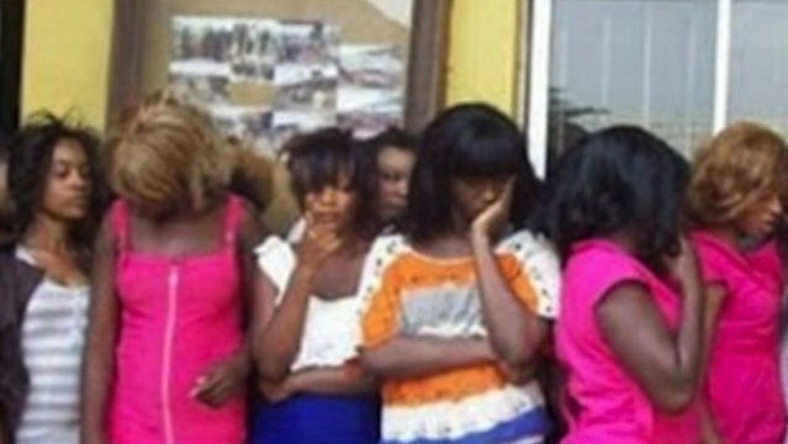 The state of insecurity in Nigeria calls for a leadership that is unbiased, detribalized and non-religious. A leadership that will look beyond championing the cause of tribe or religion and focus on the wellbeing of the entire citizenry of the nation. There is a great need to accelerate the pace of development in Nigeria. 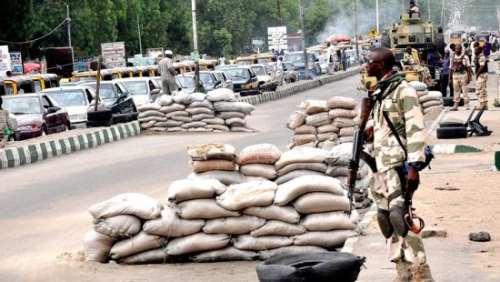 This involves creating an economy with relevant social, economic, and physical infrastructure to provide gainful employment, educational facilities, medical care, good roads, electricity and other basic amenities all across the country. Adequate funds to purchase gadgets that can track perpetrators of crimes should be purchased, and proper means to detect and investigate threats of terrorism at the earliest possible stage should be employed. 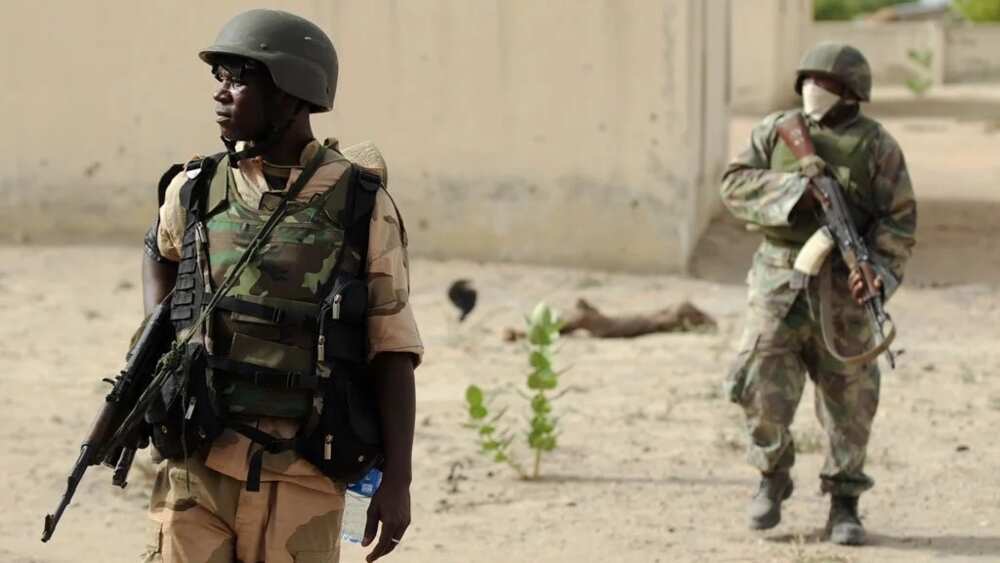 The elimination of corruption should be done at all cost since corruption remains the main reason for unequal distribution of the nation’s wealth. The dissatisfaction that arises from this will be eliminated and crime rates minimized. Policies that tackle the issues confronting the vast majority of the populace should also be authorized and implemented.

Ensuring a safe environment is everybody’s responsibility; the government, security agencies, civil societies, religious heads, community heads, and individuals. Companies also have to carry out their corporate social responsibilities for this to work. With these solutions put in place, the issue of insecurity in the country would be put to death and there’ll be relative peace and sanity once again in the land.

Kindly share your comments below let’s know what you think.

#10 reasons why you're not secured in Nigeria2good article