The famous prestigious Nigerian secondary school, CMS Grammar School, Lagos has hit many significant milestones and landmarks over the years as the first and oldest secondary school in Nigeria. The school is not only known for its long lifespan but also for its prestige as it has bred a good number of prominent, well respected Nigerians who have played major roles in shaping the country’s political and economic development and whose names have been written in the sands of time. 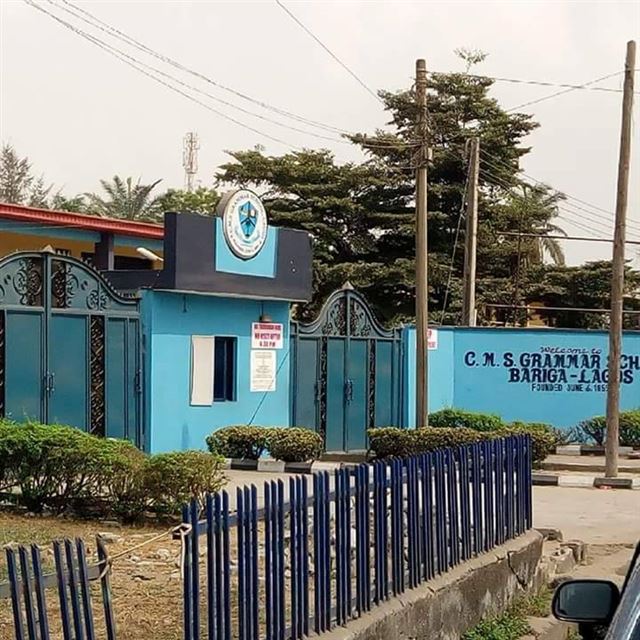 The great institution which clocked 160 years today 6th June, 2019 is celebrating its founding and its continuous growth in grand style and with multi-million Naira projects. The CMS Grammar School in Bariga, a suburb of Lagos in Lagos State, is the oldest secondary school in Nigeria, founded on 6 June 1859 by the Church Missionary Society. For decades it was the main source of African clergymen and administrators in the Lagos Colony. 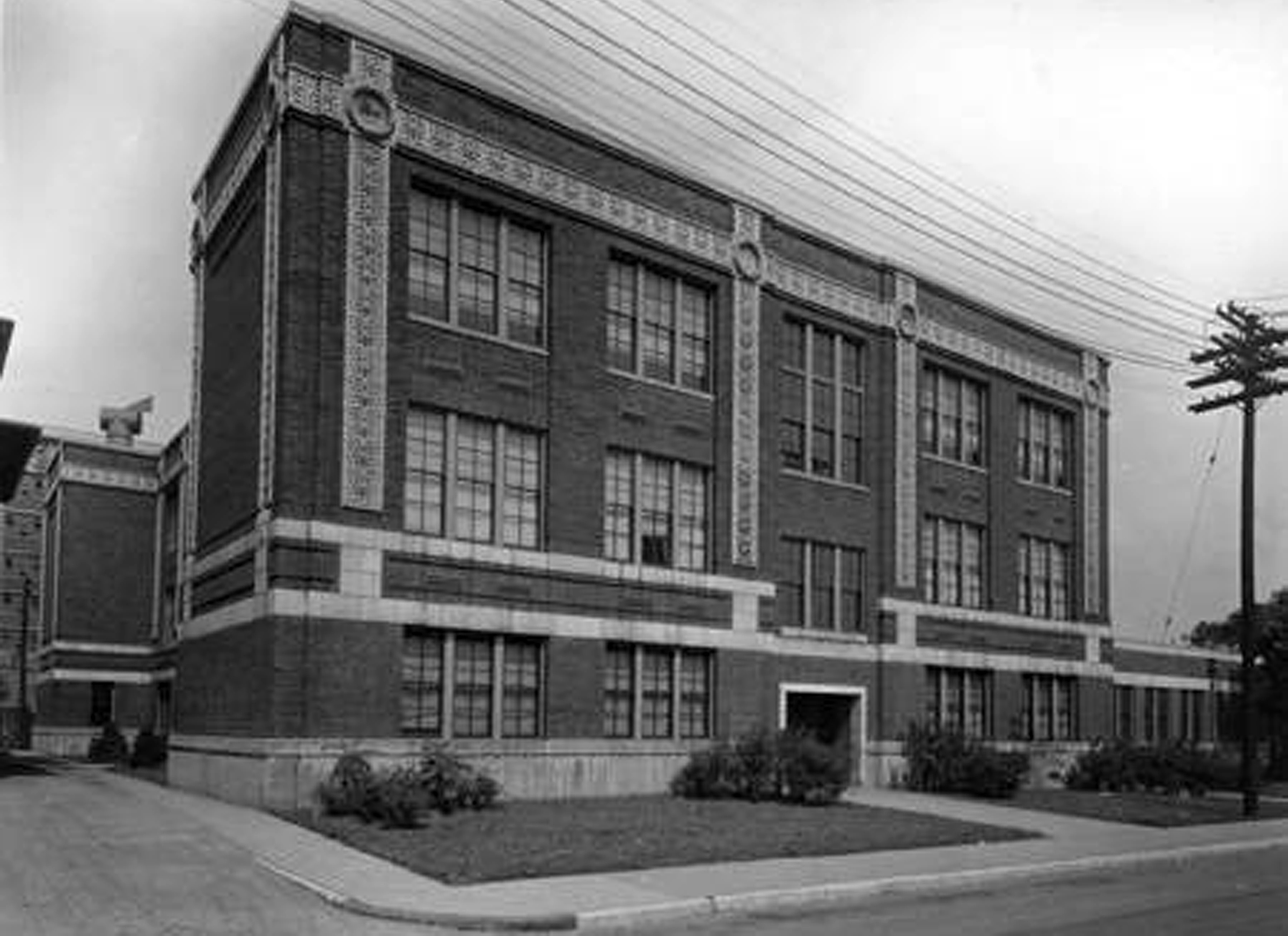 The school began with six students, all boarders in a small, single story building called the ‘Cotton House’ at Broad Street. The first pupils were destined to be clergymen. The curriculum included English, Logic, Greek, Arithmetic, Geometry, Geography, History, Bible Knowledge and Latin. The first principal of the school was the scholar and theologian Babington Macaulay, who served until his death in 1878. He was the father of Herbert Macaulay. When the British colony of Lagos was established in 1861, the colonial authorities obtained most of their African clerical and administrative staff from the school.

The founding of the CMS Grammar School was the outcome of the CMS policy of “Ethiopianism”, actively promoted by the Secretary of the CMS in London, the Rev. Henry Venn, that Africans must be trained by the church to take over the running and management of the Anglican churches in Africa. Equally, the British colonial administration had to depend, at great expense, on clerks brought in from Sierra Leone, the West Indies, and the old Gold Coast (now Ghana), which was the headquarters of the British colonial administration in West Africa. 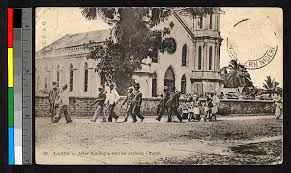 Within a few years of its founding, products of the school had begun replacing both white and black expatriates as clergymen and administrators. It was the distinct privilege of the school to have produced the first generation of Nigerian University graduates in all professions such as law, medicine, engineering, and accountancy. For decades after it was founded, most of the Anglican clergy, including bishops, and colonial administrators, were all old boys of the school.

The school has continued this excellent tradition of producing some of the ablest public servants and professionals in Nigeria at its new and expansive site in Bariga to which it moved from Odunlami in 1958. Regrettably, in 1979 the Jakande administration took over part of the premises of the school, and other private schools as well, in a misguided policy that set the school back for some years. But in 2001 this policy was reversed, and part of the school premises was returned to the Anglican mission. The process of rebuilding the school has been under way since then, and much of the physical damage to it repaired by its old boys. The school is on the march again and will, without doubt, continue to contribute to the progress of our nation. Though the school has witnessed some challenges in the past which is normal for every institution, and is even still facing a few in terms of structures and facilities, the old boys association of the CMS Grammar School have over the years shown dedication to the continuous growth and development of the school without relenting and have kept their words. To celebrate the landmark anniversary (160 years of existence), the management, board of governors and the Old Grammarian Society (OGS) of the school kicked off a series of activities and programmes. At a media briefing in Lagos days back, the President of the Old Grammarian Society, Mr Adedapo Fashanu, disclosed that as the first secondary institution in Nigeria, the history of education cannot be written in Nigeria without the school. He also used the briefing to announce that this year’s anniversary apart from being a landmark celebration will also herald the introduction of a number of donations and innovations to the school. “Three sets of computer systems with three projectors and three UPS at a cost of N 1.1million donated by Emmanuel Kabiawu of the 1991 class set will also be inaugurated. Also, two 10HP air conditioners have been provided for the Ven. Adelaja Hall by the OGS at a total cost of about N4million. We are concerned about maintaining the school’s standard. That is why the OGS commits a huge sum yearly to encourage the teachers and over N1.5million to reward excellence. Our school continued to produce old boys that had ranked among the best in the world and had pioneered different fields of human endeavours in Nigeria,” he said. 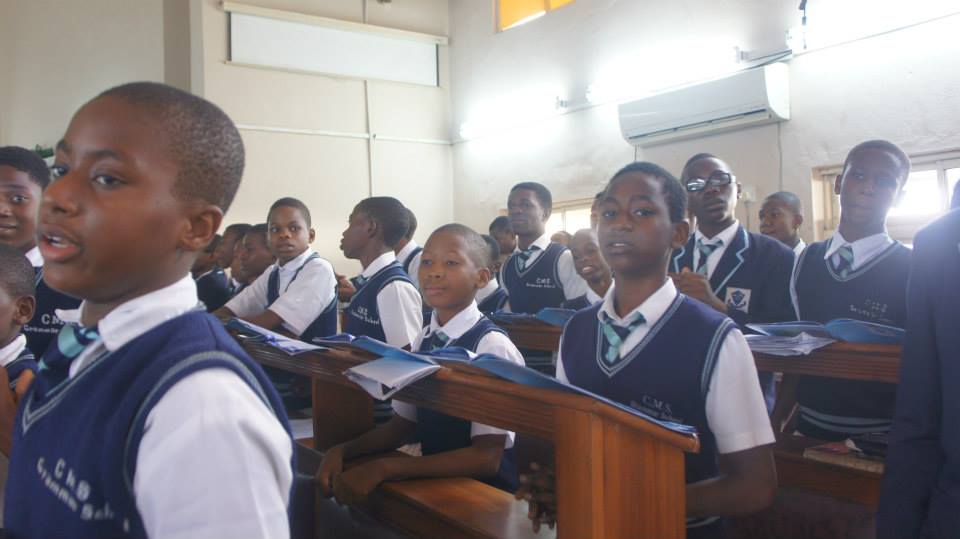 Other projects donated by the Old Boys of the school include a spectators stand for the basketball court sponsored by the Class of 76/78 which cost N3million; a new gatehouse and gate costing N3.4 million constructed by the UK chapter of the OGS; three 6HP lawn mowers donated by the OGS costing N451,000.00; landscaping of a portion of land between B.A Adelaja Hall and butterfly building A by the 68/90 class set for N2.5 million; landscaping worth N4.2million of a portion of land between the old dormitory and the butterfly building B, donated by Class of 79/81 Boys.

In his remarks, the principal of the school Rev Sunday Olubusola Sofekun commended the Old Boys for their consistent donations to make the school the pride and envy of all. “They (OGS) have been contributing immensely towards the development of the school together with the BOG, the proprietors and LASMAB. They have contributed immensely to ensuring that this the school is what it is today,” he stated. A great series of events were lined up for the occasion of the 160th anniversary of the institution which was a way of bringing together all the old boys and get them to reunite and have fun together.

The CMS Grammar School is one school that has succeeded in all ramifications and what sets it apart from other secondary schools is the effortless ease with which its boys achieve success and fame. The anniversary was clearly a huge one packed with many activities and fun events. This is a way of bringing both old and current students together and uniting the whole student body as one. With this kind of occasion and reunion, the younger generation get to learn a lot from the older generation and follow in the examples that have been laid for them by the old students.